July 05, 2020
Trending
Home NBA Would the NBA Playoffs Be Better With Best-of-Three Series? – The Ringer 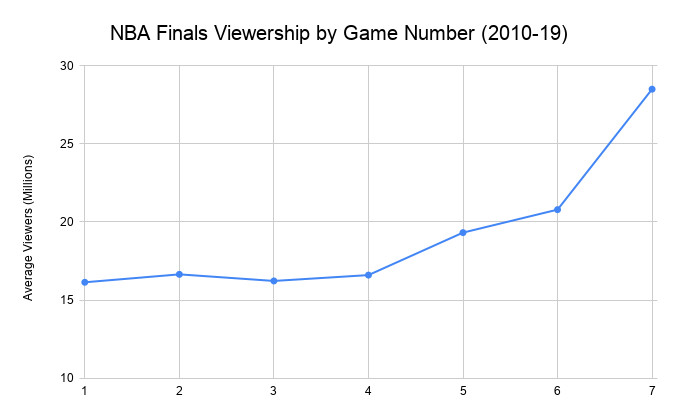 The NBA will need to get creative if (when? No, if) the 2019-20 season resumes in any form. With the league bracing for a mid-to-late-June return at the earliest, its calendar for both this season and the next will be thrown off-kilter: The draft, free agency, and buffer period between seasons will all be delayed until after the playoffs, which typically take two months from start to finish.

If the league doesn’t want to dive into the playoffs right away, in order to give players some sort of warm-up games to get back in basketball shape, that two-month timeline would push the schedule dangerously close to Labor Day, even in a best-case scenario. And even beyond the disruptive ramifications of such an extended campaign on next season’s schedule, it seems unlikely the NBA would want to risk, say, Game 7 of the Finals overlapping with the start of the NFL season.

In other words: The NBA could very well need to figure out a way to shorten the playoffs, and not by just a day or two. The league seems to be aware of this possibility; ESPN’s Adrian Wojnarowski reported last week that it’s “considering numerous contingency plans, which include … shortening early playoff series from best-of-seven to best-of-five.”

Of course, fewer games would also mean less revenue—perhaps the main reason owners would push to play out these playoffs instead of just canceling the remainder of the season—and shorter series would sap some of the drama that builds up over the course of seven hard-fought games.

But best-of-three (or best-of-five, to a lesser extent) would also provide a few benefits to enrapture fans—hopefully a key consideration after months without any games. We can turn to basic math and NBA history to explore some potential on-court effects of shortened series and imagine a world in which the 2019-20 season actually returns.

1. Upsets could be more common

Under the existing postseason system, the NBA is less likely to feature playoff upsets than any other Big Four league. Research from Michael Lopez et al. found that the better team wins about 80 percent of playoff series in the NBA. To reach that 80 percent threshold in other sports, the NFL would need best-of-11 playoff rounds, the NHL best-of-51, and MLB best-of-75.

Compared to other sports, basketball’s results depend much more on skill than luck, meaning the better team wins more often. And the NBA, with its best-of-seven playoff format for all rounds, has a longer first round than either the NFL, with its single-game rounds, and MLB, with its single-game wild-card round and best-of-five divisional series, which only heightens the importance of skill. (The NHL is also best-of-seven throughout, but hockey is on the opposite end of the skill vs. luck spectrum.)

The league’s actual playoff results demonstrate the challenge for underdogs to advance. In NBA history, only two teams have won the Finals seeded fourth or worse (the 1969 Celtics, seeded fourth, and the 1995 Rockets, seeded sixth). And in the first round in particular, imbalance abounds: Many series are more likely to end with the favorite winning in a sweep than with the underdog winning at all.

This chart shows the probability for each outcome in a best-of-seven series if the favorite has a 65 percent likelihood of winning one game against the underdog on a neutral court (using the methodology outlined here), as is typical for a first-round matchup. It also accounts for home-court advantage (giving a 10 percent boost for the home team because home teams have won 55 percent of games this regular season and home-court advantage in the playoffs rises by about five percentage points).

Shortening playoff rounds, however, would blunt some of the best NBA teams’ overwhelming favoritism. To understand why, think about the length of a playoff series at the extremes. If rounds were best-of-99, the better team would almost certainly win—but if rounds consisted of just one possession, then any team could beat any other team. Even the Knicks score on the Bucks sometimes. Less gameplay means less time for the better team to assert its superiority; this is the main reason for March Madness’s annual frenzy.

Even before the pandemic, Rockets GM Daryl Morey had advocated shortening the playoffs to a best-of-three (or single-game!) structure for this very reason. “I think what you need to do is shorten it to up the interest,” he said in 2017, reasoning, “You actually don’t want the better team to win all the time because you want the uncertainty of outcome.”

We can use math to examine how changes to the playoff structure might affect results. The following chart shows the chances that the higher seed would win playoff series of different lengths. So if the favorite would be predicted to win with, say, a 70 percent likelihood in one game on a neutral court—like if the Lakers were to match up against the Pelicans this postseason—then that favorite would be predicted to win about 90 percent of series in a best-of-seven format, versus 83 percent of series in a best-of-three format.

Almost across the board, the higher seed’s chances of winning the series would decrease in a best-of-three scenario. (The one exception comes when the two teams are even, like in the theoretical Jazz-Thunder matchup, because then the only separator is home-court advantage, and hosting two of three games is proportionally more valuable than hosting four of seven.) Probability fits with theory: Fewer games would pave the way for more upset potential.

2. But there wouldn’t actually be that many more upsets

This item might seem to contradict its predecessor, but think about that Lakers vs. Pelicans example again. Sure, the Lakers would have a lower chance of winning the series with fewer games—but there’s not that much of a difference between 90 percent and 83 percent. It’s not as if this change would make the series a toss-up; the Lakers would still enter as heavy favorites.

Beyond theoretical probabilities, we can look to NBA history to see just how much a format change would matter in practice. In the 36 seasons in which 16 teams have reached the playoffs, the first 19 involved a best-of-five first round, while the past 17 (since the 2003 playoffs) have been best-of-seven from the start. This chart shows the rate at which higher seeds won playoff series, split by series length.

Favorites indeed won marginally less often in the best-of-five system, but the difference between 75 and 79 percent is minor—just one extra first-round upset every three years. And while that gap might grow a bit wider in a best-of-three world, it’s not as if we’d expect top seeds to start falling like leaves from trees.

Increasing the possibility of an upset without actually throwing the bracket into chaos might be the best of both worlds to engage fan interest. It would increase, to use Morey’s term, “the uncertainty of outcome,” but it would still reward the better teams and make for clashes of the titans in the final rounds.

3. Every best-of-three game would matter

It seems natural that every playoff game should matter—but at the moment, plenty of early-round games don’t. The obvious example here is Game 4 of a series that’s already 3-0, given that no NBA team has ever recovered from such a deficit. In 2014, Bill Barnwell proposed for Grantland that the NBA playoffs should be best-of-seven unless a team goes up 3-0, in which case the series would stop prematurely, to both make Game 3 matter more and prevent teams from playing out the string in a decided series.

But other playoff games don’t really matter, either. Even Game 1s aren’t immune to irrelevance. In fact, in a seven-game format, a proper favorite still has better than a 50 percent chance to win the series if it loses Game 1 at home. Last season, four favorites lost a Game 1 at home—and all four eventually won the series (Raptors over Magic, 76ers over Nets, and Bucks over Celtics in five games; Nuggets over Spurs in seven).

In a best-of-three, conversely, every game matters. If the higher seed loses Game 1 at home, all of a sudden it faces elimination if it can’t win on the road. If the lower seed loses Game 1, it must rally to win in potentially its only home date of the entire postseason. In either case, the crowd—if social distancing measures mean crowds are allowed midsummer—would be as raucous as possible right away.

A best-of-three essentially starts a series in Game 5—and fans love games 5, 6, and 7. More tune in to the last games of a series than the earlier battles.

Yet it’s not just that a series of this nature would start in a Game 5 atmosphere and force a mandatory Game 6 one. (Though that factor cannot be overlooked—Game 6s frequently inspire the most desperate drama, with one team trying to force a Game 7 and the other trying to end the series then and there. Klay Thompson against the Thunder, Ray Allen against the Spurs, and LeBron James against the Celtics are all legendary performances in Game 6s just from the past decade.) It’s also that best-of-three would also increase the likelihood of a Game 7 scenario, which takes us to the final and best supporting point for a best-of-three playoff structure.

4. There would be way more winner-take-all games

Even if there wouldn’t be that many more upsets in a best-of-three format, there would be plenty more excitement in the form of decisive Game 3s. Both math and history cohere on this point. This chart shows the probability of a winner-take-all game occurring—either Game 7 in best-of-seven or Game 3 in best-of-three—based on how evenly the two teams match up.

Even a series as ostensibly lopsided as Lakers-Pelicans would expect to produce a winner-take-all Game 3 nearly half the time, versus less than a fifth of the time in a best-of-seven structure. And if the two teams were relatively even, they’d have a better than 50-50 chance of playing to a winner-take-all finale. That outcome is relatively unlikely even with closely matched teams in a best-of-seven.

League history also reflects this boosted probability. The best-of-five system produced 52 Game 5s across 19 seasons, good for 2.7 per; the best-of-seven first round has produced only 26 Game 7s across 17 seasons, just 1.5 per. And best-of-three would mean even more winner-take-all opportunities over best-of-five—essentially twice as many as in the current setup.

One final note from the NBA’s past is instructive here. For the nine seasons from 1975 through 1983, the playoff system actually included an initial best-of-three round for the 4- vs. 5-seeds (and later 3 vs. 6, too) in each conference while the top teams received a bye, similar to MLB’s current wild-card setup. That stretch included 32 best-of-three series—and 19 of them, or 59 percent, went to a decisive third game.

Granted, it’s more likely that a 4 vs. 5 matchup would be tied after two games than a 1 vs. 8 or 2 vs. 7, but the point still holds. A shorter playoff series, at least for a round or two, would amplify the possibility of upsets without skewing the matchup’s balance too far away from the best teams, inherently increase the excitement and importance of each game, and yield many more Game 7–style clashes.

Particularly in the early rounds, the NBA playoffs as they currently exist can sometimes feel like a slog; there are too many off days and too few games that matter. This summer, though, the NBA will be forced to accelerate the schedule if it’s able to stage a postseason at all—and why not embrace these other advantageous ripple effects if changes are coming anyway? 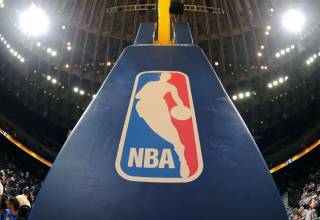 Connor McDavid and Leon Draisaitl skated with the Edmonton Oilers on Friday. The forwards, … 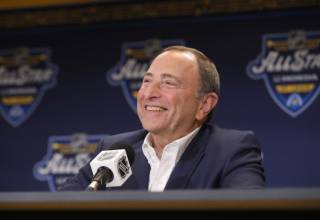