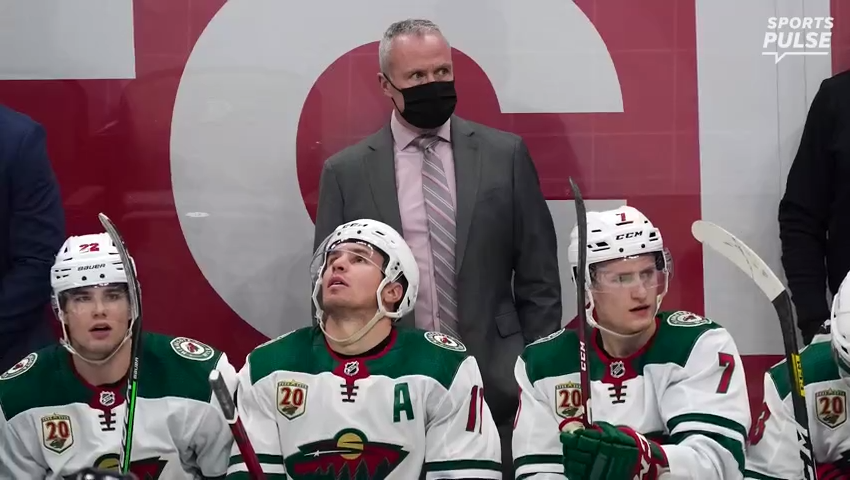 SportsPulse: Bill Guerin, who played 18 seasons in the NHL and is now GM of the Minnesota Wild, talks to USA TODAY Sports about the measures his team is taking on the road to ensure safety.

The NHL season starts its second month on Saturday, and one of the biggest stories has been a medical one.

With the league opting to play at home arenas instead of in a bubble environment, COVID-19 has disrupted the season, forcing the postponement of 35 games. As of Friday morning, there are more than 50 players on the COVID-19 protocol list (among reasons, initial positive test, showing symptoms or potential exposure to someone with a positive test).

The Dallas Stars, Carolina Hurricanes, Vegas Golden Knights, New Jersey Devils, Buffalo Sabres, Minnesota Wild, Colorado Avalanche and Philadelphia Flyers have had extended time off. The Devils have had as many as 19 players at one time on the COVID-19 protocol list and the league revised its protocols then did it a second time.

EARLY TAKEAWAYS: Which teams have been NHL’s biggest surprises a month into season?

ON PAUSE: 3-on-3 hockey league delays start plans until 2022

Here are some of the winners and losers of the first month of the season:

If any team could be forgiven for having a Stanley Cup hangover, it was the Lightning after the news that leading scorer Nikita Kucherov would miss the regular season after hip surgery. But they sit atop the Central Division with a 9-2-1 record. In fact, they’re off to a better start than last year, when they began 6-4-2. The improvement has come on the defensive side, as they’ve allowed 17 fewer goals. The offense has kept pace but faces another challenge with Steven Stamkos (14 points) and Anthony Cirelli (10) injured this week. “We’ve had success with guys going in and out before,” Lightning coach Jon Cooper said. “It’s tough initially, but we’ve got a good hockey team.”

The Penguins’ playoff streak was already difficult to uphold with their core getting older and the Boston Bruins entering the division. Then they had to deal with the abrupt resignation of aggressive trader Jim Rutherford as GM for personal reasons. The Penguins went big with his replacement, adding GM Ron Hextall and president of hockey operations Brian Burke on Tuesday. They’ll be tasked with going for it, but the team is tight against the cap and lacks a first-round pick to trade. Hextall has a reputation for building through the draft, so is this the offseason we see the Penguins reboot?

They could have had a tough start after the departures of defensemen Torey Krug and Zdeno Chara and the offseason surgeries of Brad Marchand (sports hernia) and David Pastrnak (hip). But they’re 9-1-2 with defenseman Charlie McAvoy providing offense and topping 24 minutes a night. Marchand, who said he was playing at 80% last season, is flying out there, and Pastrnak had five goals in his first three games after his Jan. 30 return.

They lost Tyler Toffoli, Jacob Markstrom and Chris Tanev to free agency, and now have to face them nine or 10 times this season. Montreal’s Toffoli has feasted on the Canucks with eight goals and three assists in five games against the team he played for briefly last season. Calgary’s Markstrom is 3-0 against the Canucks, including a shutout. Vancouver is struggling after a strong postseason.

Could also look at this as a “loser” as an adjusted schedule means COVID-19 issues. The stress level has to be immense. Usually the job is a one-off, get the schedule done in the summer, then tweak during the season for the occasional blizzard. But this season, the rescheduling has been constant (the Stars missed their first four games) and complicated. To make up for four games each by the Sabres and the Devils, the league had to reschedule 27 games in the East Division. With teams idle, the league is moving up later-season games to plug in the gaps. That flexibility will help because there’s pressure to get the season done in the allotted time frame with broadcast partner NBC showing the Olympics during the summer.

The league said this season would be a learning curve, and testing has been one because it takes longer to get back results from the more-accurate PCR testing. The Golden Knights had to pull a player midgame when his test came back positive. The Devils had four players in a game against Buffalo go on the protocol list the next day, and then the Sabres had issues. Same with the Wild and Avalanche. Detroit Red Wings coach Jeff Blashill is convinced his team’s outbreak was the result of a game against the Carolina Hurricanes. “Carolina had guys that ultimately played with COVID,” he said. “That’s just the reality of the testing (results) being delayed.” But the NHL is adjusting. It delayed the start of Thursday’s Edmonton-Montreal game to make sure all Oilers tests were completed after one of their players went on protocol. And U.S.-based teams will start using rapid tests on game day in addition to the lab-based PCR tests.

The Columbus Blue Jackets and Winnipeg Jets traded unhappy players, with Pierre-Luc Dubois heading north and Patrik Laine and Roslovic going to Ohio. Roslovic, who signed a two-year deal, is averaging more than a point a game with his hometown team and had a highlight-reel goal on Feb. 8. “He’s worked so hard to get to this point and now he’s finally getting the chance he’s been looking for … and taking advantage,” Laine said.

Coaches and general managers have a tough enough time negotiating the coronavirus landscape. They don’t need player discipline issues on top of that. The New York Rangers waived defenseman Tony DeAngelo after an altercation with a teammate. Dallas Stars goalie Anton Khudobin was benched one game for being late to practice. And the Washington Capitals were fined $100,000 when Alex Ovechkin, Evgeny Kuznetsov, Dmitry Orlov and Ilya Samsonov violated protocols by gathering in a hotel room while not wearing masks. All four went on the protocol list, and Kuznetsov said he ended up with COVID-19 symptoms. “It’s definitely not fun, and it’s not easy days,” he said.

Edmonton Oilers forwards Connor McDavid and Leon Draisaitl, both former Hart Trophy winners, have combined for 54 points in 16 games. Both put together a recent 10-game point streak and Draisaitl had a six-assist game. Toronto Maple Leafs forward Auston Matthews put together an eight-game goal streak and linemate Mitch Marner has been held without a point only three times. Eight of the league’s top 10 goal scorers are from the division.

Postponed games aren’t only affecting the teams with the contact tracing issues. Their opponents are idle, too. And with teams playing two- or three-game sets, a team’s pause could wipe out days worth of fantasy production for leagues with weekly locks.