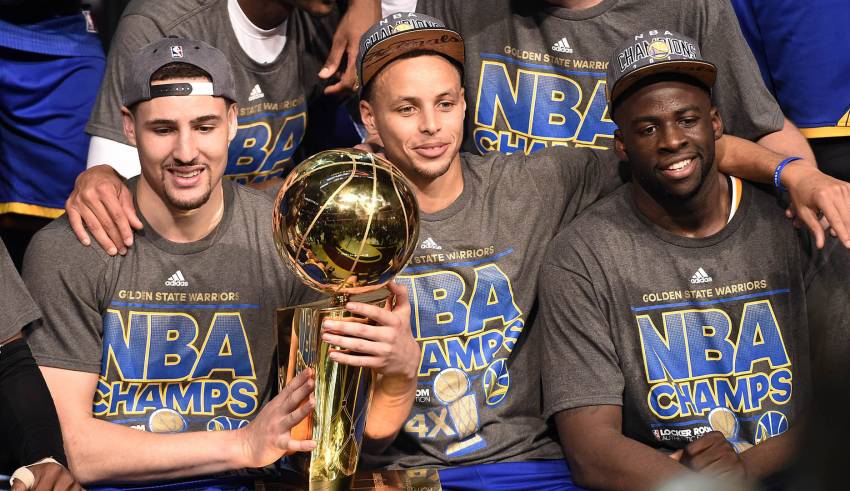 It sounds like the NBA will not be building a second bubble in Chicago for the eight teams who are not included in the 2019-20 season restart in Orlando.

And that is music to Draymond Green’s ears.

The Warriors’ star forward was a guest Wednesday on “The Steam Room” podcast, and he had a hilarious exchange with Charles Barkley.

Barkley: “Are you, Steph (Curry) and Klay (Thompson) getting ready for that second bubble right now? (laughter)”

Draymond: “Second bubble? What’s that? (laughter) The Gus Macker Toilet Bowl — that’s what you want us to go play in? (laughter)”

Barkley: “When I heard them saying some of the other teams want to put together a second bubble, me and Dray were joking. I asked him last week, I said, ‘Hey, when are you and Steph gonna get to that second bubble?’ He said, ‘Hell no!’ “

Draymond: “No chance (laughter). No chance. No, at the end of the day — if it came about and we had to go — I’m not gonna opt out. I’m just not gonna do that. But I am strongly against Adam Silver and anyone else in the league office starting a second bubble.

“No one wants to see these teams. And by the way — they don’t want to see us if Steph and Klay ain’t playing either (laughter). So what are we talking about?”

“They don’t want to see us if Steph & Klay aren’t playing.” 😂@Money23Green discusses the possibility of a ‘second bubble.’ #TheSteamRoom ➡️ https://t.co/AUvRLLDZiw pic.twitter.com/Jon1AZLrve

The original idea was for the Warriors, Minnesota Timberwolves, Atlanta Hawks, Cleveland Cavaliers, Chicago Bulls, New York Knicks, Charlotte Hornets and Detroit Pistons to scrimmage each other, and get practice time.

Golden State coach Steve Kerr always preferred for his team to stay in the Bay Area, and hold a minicamp of sorts.

[RELATED: ‘Kind of painful’ for Kerr, Draymond not being in NBA bubble]

Had that been approved by the NBA and NBPA — and it appears it will not — Draymond legitimtately would have taken the court.

Steve Kerr wants Steph Curry, Klay Thompson and Draymond Green to be full participants in these possible “minicamps” the Warriors might have this summer

But it never made sense for the three-time NBA champions to suit up against other teams, when really there wasn’t anything to gain.