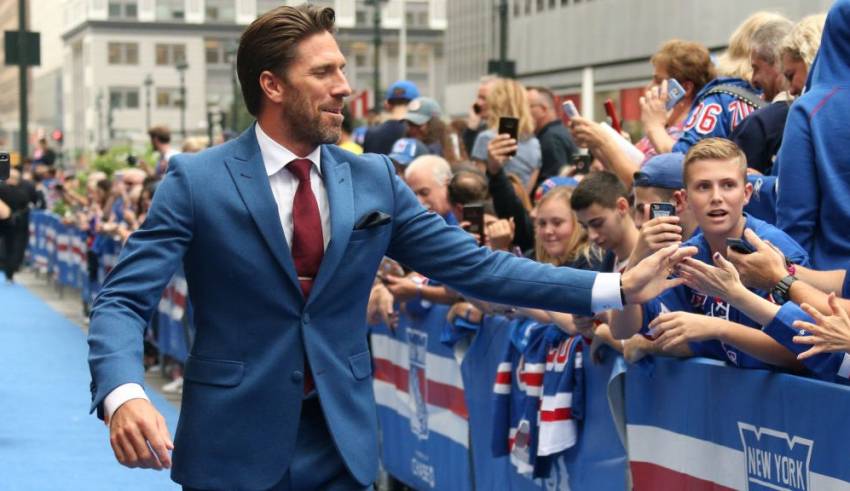 With the Rangers’ long-rumored buyout of Henrik Lundqvist now official, the natural question is: “Which team will sign Lundqvist?” This, of course, assumes that Lundqvist will continue his vaunted career. Just about any hockey fan should hope that the 38-year-old keeps chugging along.

Ultimately, we can only guess where Lundqvist may sign next. We don’t know his priorities, although it seems reasonable to assume that he would emphasize the chance to win that elusive Stanley Cup.

If Lundqvist followed in the footsteps of other veteran sports stars and took very little money to chase that late-career championship, it would be understandable. After all, Cap Friendly estimates Lundqvist’s career earnings at close to $100 million.

But Lundqvist might want the best chance to play, rather than a platoon or backup situation. Maybe he’d want to stay reasonably close to New York City, being that he played for the Rangers for 15 years?

What Henrik Lundqvist brings to the table at age 38

No doubt, Lundqvist is no longer at his peak, and oh what a peak it was:

Over that same span, Lundqvist saved 278 goals above expected during the regular season. The next goaltender is Jaro Halak at 96.

By the numbers, it’s fair to wonder what sort of goalie teams would be getting in current-day Lundqvist.

According to Hockey Reference’s version of Goals Saved Above Average, Lundqvist was on the negative side of the ledger (from -4.16 to -5.21) in three of the last four seasons.

While some of those stats attempt to correct for the quality of teams in front of goalies, it’s still worth wondering if Lundqvist might enjoy a renaissance in a different situation. To be frank, the Rangers have been abysmal defensively for some time now. And, for a veteran like Lundqvist, it might be tougher to find that fire on a rebuilding team.

If NYR really does buy out Lundqvist, I just hope the King is on board with it. He hasn’t been a plus goaltender in a few years but he’s been fine considering the team in front of him. I’d make excuses for him if he wanted to play until he was 60 y.o.https://t.co/bJGC49Qc9U pic.twitter.com/6eYW6ecmLV

If you’re a contender and Lundqvist isn’t asking for the moon, maybe you can picture another glory run? Goalies are unpredictable, and Anton Khudobin was no spring chicken (34) in leading the Dallas Stars to the 2020 Stanley Cup Final.

So let’s consider the NHL teams who may at least consider signing Henrik Lundqvist after that Rangers buyout.

Heading into what’s almost certain to be a turbulent off-season, Lundqvist, Khudobin, and other free agent goalies must contend with a flooded market. Teams might prefer a more established name at-or-near their prime ages (Robin Lehner, Braden Holtby) or someone with less name recognition who could deliver Khudobin-type gains (Thomas Greiss).

So, beyond knowing what Lundqvist wants, it’s up to the teams to decide if Lundqvist is their preference.

In the case of contenders, the most sensible situation would be for Lundqvist to provide insurance at a low price, while Lundqvist gets to chase that Stanley Cup. These teams stand out in that category:

If Lundqvist wants to thread the needle between having a chance to win a Stanley Cup — but maybe a lower chance — and also maybe getting in a platoon/1B/or even starting situation, there are some scenarios.

Let’s throw bad teams with a lot of money in this category. One could picture scenarios where the Senators, Red Wings, and other rebuilding franchises might value Lundqvist’s presence and name recognition. Lundqvist, meanwhile, might get more money and start more games.

The most devilish scenario would be if the New Jersey Devils snatched Lundqvist from their local rivals.

Marinating on that almost troll-like situation seems like a good way to close this off. Which teams would be best served to sign Lundqvist, and which destinations make the most sense for him? Do tell.