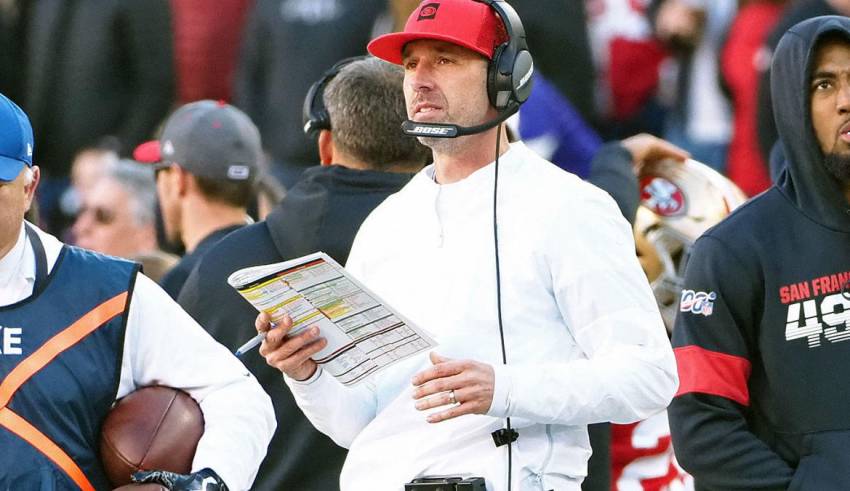 The San Francisco 49ers truly had one of the most interesting 2020 NFL Drafts in the league. They traded all seven of their original draft picks, picked twice in the first round and then didn’t pick again until the fifth round. As the defending NFC champions, it’s not like the 49ers had a lot of work to do in the draft, but they still came away with a fairly impressive class.

If there’s one thing the 49ers did, it was maintain the strength of the defensive line. While they traded DeForest Buckner to the Indianapolis Colts for a first-round pick, they used their first pick to select defensive tackle Javon Kinlaw out of South Carolina. In three seasons at South Carolina, Kinlaw recorded 82 total tackles, 17 tackles for loss and 10 sacks. Last season, he was named first-team All-SEC after recording a career-high 35 total tackles, six tackles for loss and six sacks. The 49ers had the best defensive line in the NFL last season — and it was a big reason they made it all the way to Super Bowl LIV. They did a good job to maintain that in the 2020 NFL Draft.

There’s no doubt that the 49ers got better during the draft — they even acquired a seven-time Pro Bowl offensive tackle — but not everything is perfect for San Francisco heading into the 2020 season.  There are still some weaknesses on this team, so let’s take a look at what the 49ers didn’t do in the 2020 NFL Draft.

Several weeks ago, I mentioned that the 49ers needed to address the cornerback position and select someone with starting potential. Kinlaw ended up being the only defensive player they selected in the draft. Richard Sherman and Emmanuel Moseley had nice seasons in 2019, but overall this position group isn’t exactly one of San Francisco’s strengths. Even if Kyle Shanahan is fine entering 2020 with those two as starters, they can’t be happy with their depth at the position.

The 49ers have an incredible front seven, but what happens on plays where those players can’t get to the quarterback? If they want to stop a team like the Kansas City Chiefs from scoring 21 unanswered points in the fourth quarter of the Super Bowl, they have to be ready to compete at cornerback.

The 49ers did a great job acquiring Trent Williams from the Washington Redskins in the middle of the draft to shore up the left tackle spot, but some questions remain at offensive guard. Laken Tomlinson is probably a lock to start on the left side, but who will start at right guard? Daniel Brunskill, Tom Compton and even Ben Garland will probably compete to be a part of the starting five, and the 49ers could have done something to add some competition to this group in the draft. They did draft Colton McKivitz, but it remains to be determined where he will play. He played tackle during his time at West Virginia, so it’s possible that general manager John Lynch views him more as a swing tackle or someone who could end up being the long-term answer at one of the tackle spots.

3. Trade down for more Day 2 picks

If there was one more thing I could nit-pick about the 49ers’ draft, it was that they could have traded down to acquire more even more picks after their small move down from No. 13 to 14, which netted them a pick they used to trade up later for Brandon Aiyuk. There were plenty of players with first-round potential available on Day 2, but the 49ers didn’t pick again until the fifth round after moving up for Aiyuk, and they only got that pick by trading away Matt Breida. This appeared to be one of the deepest drafts in recent memory, so I would have been open to offers if it meant I would have more picks in the middle of the draft.