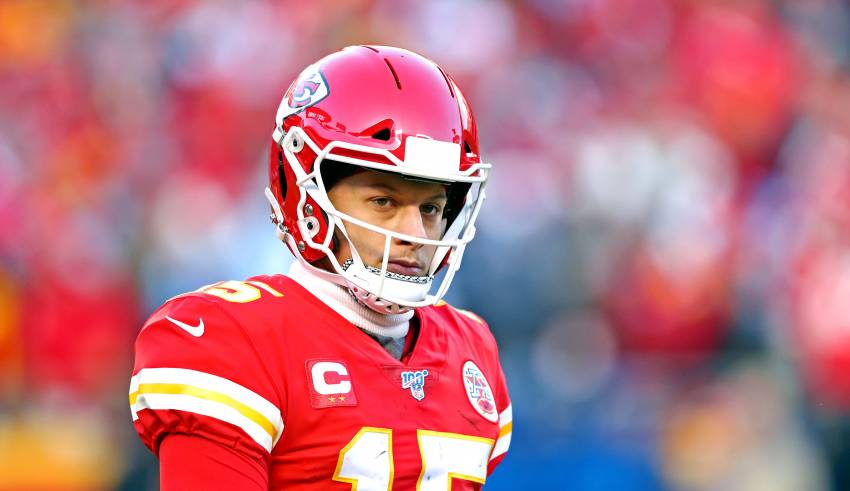 It hurt too much, he said, to watch Minneapolis police officer Derek Chauvin dig his knee into George Floyd, an unarmed Black man who died after Chauvin pinned him down. Mahomes’ feeling of helplessness mounted as seconds turned to minutes.

“Enough is enough, we’ve got to do something about this,” the Super Bowl champion said to himself. “I’m blessed to have this platform: Why not use it?”

Rams quarterback Jared Goff understood the feeling, boiling his decision on standing up for racial justice down to “a matter of right and wrong at this point.”

“We have an opportunity and responsibility to help make change and help the Black community right now,” Bears quarterback Nick Foles told USA TODAY Sports. “Walk alongside them and show them love.”

The trio, each of whom have started in a Super Bowl since 2017, are among quarterbacks across the league embracing a tone of empowerment.

Since Floyd’s Memorial Day death, NFL quarterbacks have leveraged their platforms in droves to speak out against systemic racism and in support of the Black Lives Matter movement. In the last three weeks, at least 30 of 32 NFL teams’ expected starting quarterbacks have publicly spoken about racial justice via social media or in interviews. At least a dozen have also attended local protests, pledged financial support to combat inequity or signed a Players Coalition letter urging Congress to end qualified immunity for police officers.

The advocacy and action stand in sharp contrast to the nearly league-wide landscape that surrounded Colin Kaepernick’s decision to take a knee during the national anthem in 2016. Back then, Kaepernick’s protest of police brutality and racial inequity spurred controversy. Many of his peers were wary of speaking in support of his demonstrations.

Now, an overwhelming number of players are collectively raising their voices for racial justice. Quarterbacks have a unique opportunity to effect change, sports professionals say.

“Quarterbacks are the leading men in the most popular entertainment in America,” Leigh Steinberg, a longtime agent who represents Mahomes, told USA TODAY Sports. “The whole concept of role modeling is these figures are brought larger than life into people’s homes.

“As citizens, having a role, they can be extremely effective.”

OPINION: To make true progress, NFL needs to right its past wrongs against Colin Kaepernick

MORE: Vikings must go much further than ‘unity’ theme for impact in fighting racism

Whitfield guides clients on how to bridge locker-room divides between white and Black teammates. He said he places extra emphasis on reminding Black quarterbacks to hold themselves to high standards. “It’s not enough to go be the best guy,” he tells them. “The whole program has to reflect through you.” But in football, like in much of corporate America the last three weeks, expectations to directly address and tackle issues surrounding race have heightened.

Steinberg and Whitfield point to the manner in which Floyd died, and the clarity in which the broad-daylight video was filmed and circulated, as factors in why Floyd’s death triggered more widespread support of the Black Lives Matter movement than did countless instances of police brutality that preceded it.

“This issue doesn’t require years of research [to understand],” Steinberg said. “[Players] are not talking about an abstract subject. They’re talking about something they may well have experienced and if they haven’t, they know someone who has experienced an interaction with the police.

“So they’re uniquely qualified to speak on it.”

And they’re doing so in unique fashion. Gone are the days when many quarterbacks attempted to strike a middle ground when asked about Kaepernick’s kneeling. In their wake has come a loud and clear outcry, punctuated when Black stars across the league partnered with a rogue NFL employee to release a video demanding the league condemn racism, support the Black Lives Matter movement and acknowledge players’ right to peacefully protest. Mahomes and Texans quarterback Deshaun Watson were among the prominent voices pressuring the league to change. Ownership, coaches and players took note.

“If I would have known now what I knew back then, I probably would have been more vocal and supportive back then,” Titans quarterback Ryan Tannehill said last Wednesday. “Do I feel great about that, that I didn’t jump fully on board and support initially? No.

“Do I wish I would have known more and been more supportive back in 2016? Yes.”

“I’m happy to see so many non-minority players, especially quarterbacks, give voice,” Whitfield said. “Back then, it felt like…’I don’t want to get my head taken off for stepping out there. It’s perilous, what good comes from it?’

“It’s like watching a scrap in the cafeteria. ‘I’m not just going to get in the middle of that.’ Yeah, but they need you.”

‘They made it their situation’

Whitfield makes clear: The significance of white quarterbacks’ voice in this conversation isn’t about their words ringing more poignant than their Black counterparts’. Rather, Whitfield thinks some people assume a minority quarterback would advocate against injustices his communities disproportionately face. So when Eagles quarterback Carson Wentz on May 28 wrote that “institutional racism in this country breaks my heart,” and Bengals quarterback Joe Burrow on May 29 insisted helping the Black community is necessary to “human rights,” the conversation advanced.

“For them to say it, total difference,” Whitfield said. “Not that they said it any greater or any more profound—it’s just who they are, in these terms.

“They made it their situation.”

Foles says they must.

The conversation surrounding kneeling during the national anthem has shifted among white quarterbacks, too. On June 3, Saints quarterback Drew Brees faced a significant backlash after stating his belief that all players should stand during the anthem. Within two days, deeper conversations with teammates prompted him to respond to President Trump with a new perspective on what the kneeling actually aims to communicate.

“This is not an issue about the American flag,” Brees wrote June 5. “It never has been. We can no longer use the flag to turn people away or distract them from the real issues that face our black communities.”

Browns quarterback Baker Mayfield took it a step further when a fan asked him to “please tell Browns fans you’re not going to be kneeling this season.”

“I absolutely am,” Mayfield responded, later posting to his Instagram story a reminder that it was a Green Beret veteran who advised Kaepernick on his decision to kneel.

“The most respectful way to support our military while also standing up for equality,” Mayfield said. “If I lose fans, that’s okay. I’ve always spoken my mind. And that’s from the heart.”

Quarterbacks are already beginning to transform what’s on their minds and hearts into action steps. At least nine, including Brees and Tom Brady, signed the Players Coalition letter urging Congress to end qualified immunity for police officers. Falcons quarterback Matt Ryan pledged $500,000—a donation that contributors have already matched and surpassed— to a GoFundMe he launched to better the lives of Atlanta’s Black community. Cowboys quarterback Dak Prescott pledged $1 million “to improve our police training,” he wrote on Instagram June 3, “and address systematic racism through education and advocacy in our country.”

Whitfield points to early concrete measures from the Minneapolis City Council and in national conversations about use of force as indicators that the conversation will persist.

“I think there are some powerful changes already happening,” Whitfield said. “Some of these things aren’t going to be as bold and celebrated. They’ll be quiet solid policy changes that will save people’s lives.”

“We need to be the role models to go out there and take that step,” Mahomes said. “I’m going to do my best to make the world a better place.

“And this is the right moment to do it.”