Tom Webster, an NHL player, coach and longtime scout as well as one of the top scorers in the history of the World Hockey Association, died Friday. He was 71.

“He was an incredibly intense, incredibly hard coach, but kind, gentle. That’s him on everything other than hockey,” Winnipeg Jets coach Paul Maurice said. “But even with hockey, he was both. He’d skate you right into the ice and bark at you. But he wasn’t inconsistent. He’d also put his arm around you at the end of it and give you a hug, then you’d go over to his place and he’d bring two or three of the guys over to have dinner with him and (his wife) Carole all the time.”

Webster had 75 points (33 goals, 42 assists) in 102 NHL games and five seasons, but took off in the WHA, scoring 425 points (220 goals, 205 assists) in 352 games and six seasons. As an NHL coach with the New York Rangers and Los Angeles Kings, he had a record of 120-103 with 35 ties. His coaching tree includes current NHL coaches Joel Quenneville (Florida Panthers), Claude Julien (Montreal Canadiens), Peter DeBoer (San Jose Sharks), D.J. Smith (Ottawa Senators) and Maurice. Webster also spent more than a decade as a scout with the Calgary Flames.

“[Webster] was one of the best hockey men that our game has ever seen, and I am honored to have known him,” Flames general manager Brad Treliving said. “But more importantly, [he] was even a better man. The intensity and energy that he exhibited for our game were matched by his compassion for all those he encountered in everyday life. He taught all of us so much. We honor him by living our lives with the same qualities that he brought to hockey and life every day. Our sincere condolences go out to his family.”

Carolina Hurricanes coach Rod Brind’Amour, who played for Carolina when Webster was an assistant to Maurice in the early 2000s, remembered Webster as a “great man.”

“That’s the best way to describe him. He was a good coach obviously, but that was second to the man he was,” Brind’Amour said Friday during a videoconference arranged by the NHL.  “It’s a sad day. I’m glad I had the chance to know him.”

Born in Kirkland Lake, Ontario, on Oct. 4, 1948, Webster was a forward with Niagara of the Ontario Hockey Association who was selected by the Boston Bruins in the fourth round (No. 19) of the 1966 NHL Draft. He made his NHL debut against the Montreal Canadiens on Dec. 21, 1968.

But after playing 11 NHL games in two seasons with the powerful Bruins, Webster was claimed by the Buffalo Sabres in the 1970 NHL Expansion Draft, then quickly traded to the Detroit Red Wings for goalie Roger Crozier. He had 67 points (30 goals, 37 assists) for the Red Wings in 1970-71, but was traded to the California Golden Seals on Oct. 22, 1971. A back injury sustained two weeks later sidelined him for the rest of the season.

The WHA began play in 1972-73, and Webster, who had signed with the New England Whalers, became one of the new league’s first stars. He had 103 points (53 goals, 50 assists) in the WHA’s first season, helping the Whalers win the Avco Cup. Webster played six seasons in the WHA and is seventh in the league’s history with 220 goals; his 425 points are 13th.

Tweet from @NYRangers: The Rangers are saddened to learn of the passing of former head coach Tom Webster. Our thoughts and prayers are with Tom’s family and loved ones during this difficult time.

Webster, who had been a player-coach with Adirondack, went behind the bench full time in 1980-81 and coached three AHL teams before joining the Rangers as an assistant under Ted Sator. He was named coach after Sator was fired 23 games into the 1986-87 season, but a medical condition that made him unable to fly limited him to 18 games, and he resigned April 30, 1987.

“It was very difficult at the time because you’re excited and you were putting in your time,” Webster told the Flames website in 2014. “I felt I did it the right way by coaching in the minors, going to coach in juniors. I was in no hurry. The opportunity came around to coach in one of the major cities in all of hockey.

“I felt I was prepared to be able to handle the situation, but unfortunately I picked up some kind of a virus that affected my inner ear. What an awful feeling — it felt like my head was going to explode.”

After two seasons coaching Windsor of the Ontario Hockey League, Webster returned to the NHL in 1989-90 with the Kings. He guided them to the Stanley Cup Playoffs in each of his three seasons and to their first division title in 1990-91 but was fired after they lost their first-round series in 1992.

“He had this huge heart on him,” Maurice said. “He had two careers. He had a coaching career and when he was an assistant coach in Hartford and Carolina and into player development, he was this caring kind of individual who just tried to find guys who needed help and reached out and helped them.

“Tommy was a guy, when you walked away from a meeting with him, you felt better, whatever it was. Anytime I had a problem (in coaching) on how to handle something, I’d call him. The first thing he’d do was laugh and say, ‘I was wondering when you were going to call.’ He watched. He knew the call was coming.” 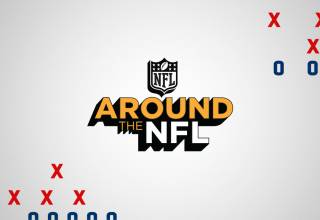