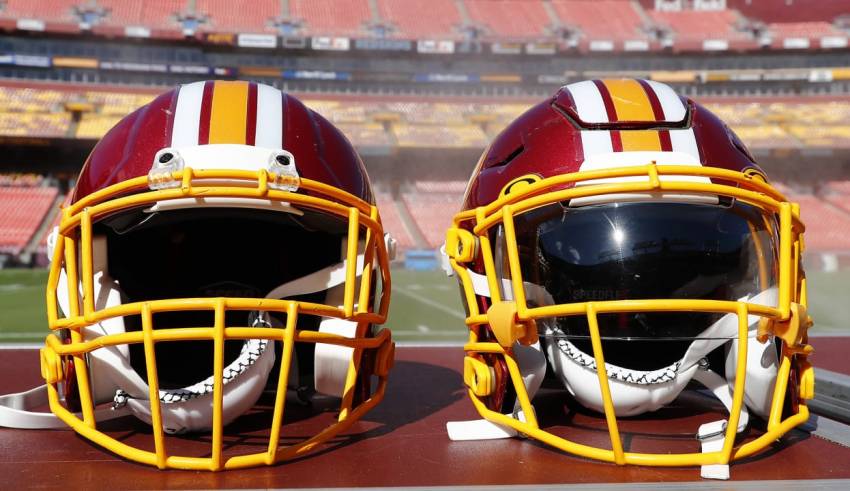 For more than a month, and four years after Colin Kaepernick ignited a firestorm by kneeling to protest police brutality, the NFL has moved to position itself as a leader for societal change. It declared that Black Lives Matter. It pledged a quarter of a billion dollars to social justice initiatives. It admitted it should have listened sooner to its own players.

Change came to the NFL gradually, then suddenly in the wake of George Floyd’s death at the hands of Minneapolis police officers, who were later charged with Floyd’s murder. And on Monday, a move that was inconceivable little more than two weeks ago became reality: Washington will have a new name, erasing the blight of the one that was so offensive, commentators would call games without once using it.

It would have been impossible to take entirely seriously the NFL’s full-throated embrace of the fight against racism if one of its team’s names was, in fact, a racial slur. Team owner Dan Snyder could point to polling of Native Americans in 2004 and 2016 that showed, overwhelmingly, they were not offended by the old name, and that has given him cover to insist that he would never — put it in capital letters, he emphasized to USA Today seven years ago — change the name. But the current moment in the NFL, the current moment in a country struggling with its brutal history of racism, demanded change. You can’t be a woke league if your eyes are shut to the damage being done because of a degrading team name.

And, more to the point in the NFL, the corporate sponsors demanded it.

It is never the wrong time to do the right thing, but the lesson to be learned here is an important one: The way to push a reluctant executive is to go directly for his wallet. Snyder has owned the team for 20 years, and the perfect time to change the name would have been on the day he signed on the dotted line in 1999. But he and others, including league officials, insisted the name indicated respect for Native Americans. In a 2013 open letter to Washington fans published in the Washington Post, Snyder wrote that the most important meaning of the name was the association fans have to memories of their personal history with the team.

Snyder grew up a fan of the team himself, and I have no doubt his love for the team is sincere, wrapped up in his own memories of attending games at RFK Stadium with his family, as he mentioned in that letter. But what he loved — what fans loved — will not disappear with a new logo and jerseys of which Nike won’t be ashamed. Deleting the old name doesn’t delete John Riggins’ run in Super Bowl XVII or Doug Williams becoming the first Black quarterback to win a Super Bowl in XXII. Joe Gibbs and the Hogs are still in the memory bank, and removing the name doesn’t remove the Lombardi Trophies. It just removes the clouds of embarrassment that have wafted over this franchise for decades.

Make no mistake: The name was an embarrassment, a disgrace to the league, a relic of a less-enlightened time that included Washington being the last NFL team to integrate. There was racism woven through the team history, an unspoken acknowledgement of which came last month, when the team announced it would remove mentions of founding owner George Preston Marshall, the man who had resisted having Black players on his team until the Kennedy Administration forced his hand, from its stadium, practice facility and website. If the old name was a reminder of the team’s glory days, as some fans believe, it also was a reminder of Marshall’s inglorious ones. As with statues of Confederate generals, there was no good reason to celebrate those days.

The old name was a significant smudge on the NFL’s image, just as Colin Kaepernick’s exile still is. That it took financial arm-twisting to finally force a change is not surprising. That financial rewards may soon follow — a boom in new jersey sales, perhaps a stadium in the District of Columbia for the team that currently plays in Landover, Maryland — is a sign that it is very good to own an NFL franchise, even if the team on the field does not win very much.

No matter. Snyder can have his money. What he and the NFL also get now with this change is a little bit of their dignity.