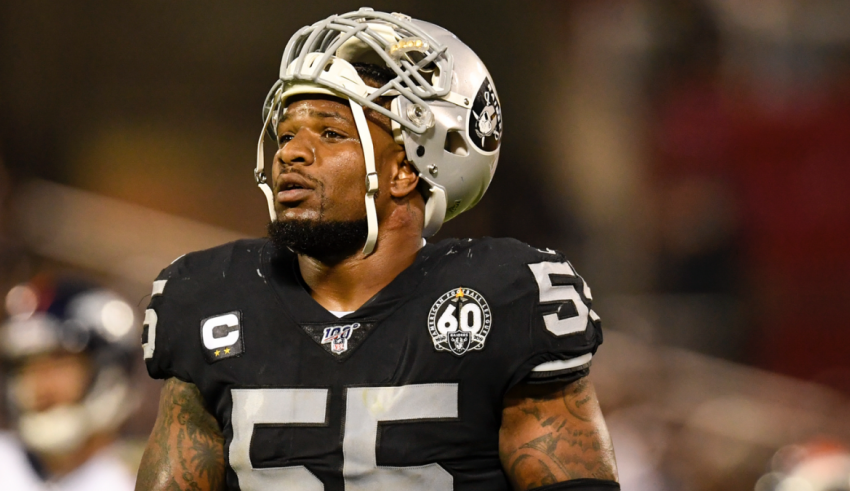 Vontaze Burfict’s career appeared to be in serious jeopardy after the veteran linebacker was suspended for the final 12 games of the 2019 season. Burfict, who has missed a total of 20 games since the 2016 season for violating the league’s rules regarding player safety, was suspended last season following his helmet-to-helmet hit on Colts tight end Jack Doyle. On Monday, NFL Network’s Tom Pelissero reported that Burfict, who saw his suspension lifted by the NFL last month, has spent the offseason working out at Arizona State — his alma mater — with hopes of continuing his career in 2020.

Burfict has also reportedly spent the offseason “watching tape, talking to coaches, league executives, (and) other experts about the proper code of conduct to stay in the league.”

“Vontaze has spent the entire offseason studying and learning the proper code of conduct for participation in the NFL,” Burfict’s new agent, Peter Schaffer, told Pelissero. “He has watched tape, talked with coaches and NFL experts doing everything he can to conform his passionate play to the rules of the NFL. This is a serious issue not only for Vontaze but all players and he is serious about doing things the right way and being a leader in playing football the right way.”

A 2013 Pro Bowler, Burfict spent his first seven NFL seasons with the Cincinnati Bengals, helping the team advance to the playoffs each year from 2011-15. While his play on the field helped the Bengals win games, his inability to consistently play within the rules of the game started to overshadow his ability. During the 2016 and ’17 seasons, he missed a combined eight games following two different suspensions. In Week 6 of the 2018 season, he was fined $112,000 by the NFL for hits on former Steelers receiver Antonio Brown and Pittsburgh running back James Conner that the league deemed unnecessary.

Despite his troubled past along with a lengthy concussion history, which led to questions about his future in the NFL, the Raiders signed 29-year-old Burfict to their roster last offseason. Raiders quarterback Derek Carr and Raiders coach Jon Gruden have each publicly expressed their displeasure with the league’s decision to suspend Burfict following his hit on Doyle.

“If the people making the decision really knew the guy that we know, inside our building,” Carr said of Burfict, via ESPN.com. “He’s a great person, his heart is broken because he’s not playing football. The guy just wants to play football. We don’t get a lot of time to play this game in our lives.”

Marvis Lewis’ the Sun Devils’ co-defensive coordinator, was Burfict’s head coach in Cincinnati from 2011-18, is hoping that another NFL team will give his former player a chance this upcoming season.

“It’s going to be hard,” Lewis said when asked about Burfict’s chances at playing in the NFL, via The Athletic’s Doug Haller. “I hope he does. It’s unfortunate. The way he plays football, people lop that onto his character, and it’s not the same. This is one of the best kids ever. He’ll do anything for anybody. He’s more than gracious as a professional with kids, with charities, he’s all those things. And unfortunately, this has been lopped onto him, and that’s what’s bad.”