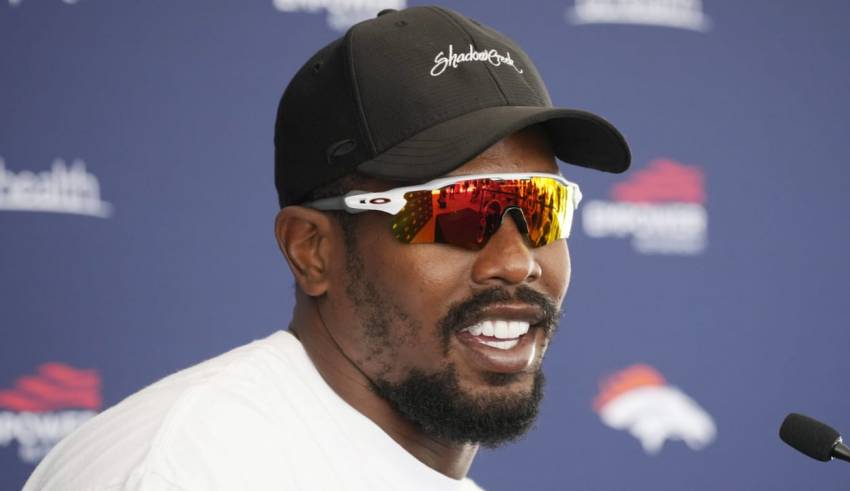 Von Miller has seen both the mountaintop and the cellar in the NFL. He’s hoping 2021 isn’t his final glimpse of football.

Miller is entering the final year of his contract with the Broncos in 2021, and at 32 years old, his future in the league is far from certain. Miller missed all of the 2020 season due to an ankle injury and after 10 years spent in the league, he is certainly on the back nine of his career. Miller also has to prove he can be the version of himself who built a reputation as a devastating force off the edge, something he hasn’t quite been able to accurately claim in the last couple of years.

Miller spent a good portion of his career being known as one of the game’s best at any position, making the Pro Bowl in all but one season (2013) in which he missed seven games. Miller is the Broncos’ all-time sack leader with 106 in his career, but he registered just eight in his last season of action (2019).

Some could take this as an indication that Miller might be dealing with the initial effects of Father Time. If you’d asked Miller this week, though, his mind is looking in the opposite direction.

“I would like to keep playing. Whether that’s here with the Denver Broncos or somewhere else, I’m totally at peace with that,” Miller said Tuesday, via ESPN. “I want to play five to seven more years, I think I said that a couple weeks ago.”

While sacks are an incomplete stat, they do get edge rushers paid, and Miller has made quite a living off his ability to pursue the passer. He’s set to account for $22.1 million in Denver’s cap space. It’s not likely he’ll fetch a similar amount beyond 2021.

Oddly enough, Miller doesn’t seem to be too concerned with finances or his future at this point. After losing a season to injury, perhaps Miller understands he can’t take an upcoming campaign for granted.

“I’m not really thinking about this is the last year of my contract, [or] will I be with the Broncos,” Miller said. “Last year, to be honest, that was really on my soul. I really wanted, I really wanted — of course I want to be here. I want to stay here for the rest of my career, but getting past that is kind of a release for me.”

It sounds as if Miller is just happy to be playing football again. A significant injury will have that effect on an athlete, especially one who hasn’t missed many games over the course of a Hall of Fame career. Add in the fact he hasn’t gotten much of a chance to pair with former first-round pick Bradley Chubb in Denver’s defense, and you’ve got a veteran seasoned by, but also appreciative of the challenges that so often come with this game.

That experience isn’t always a bad thing. If anything, it’ll just help Miller appreciate what is ahead of him that much more. We just don’t know exactly how much more is around the bend.

Training camp is finally here! Be sure to check out NFL Network’s extensive live coverage, including Inside Training Camp every day and highlighted by Training Camp: Back Together Saturday Fueled by Gatorade on July 31.