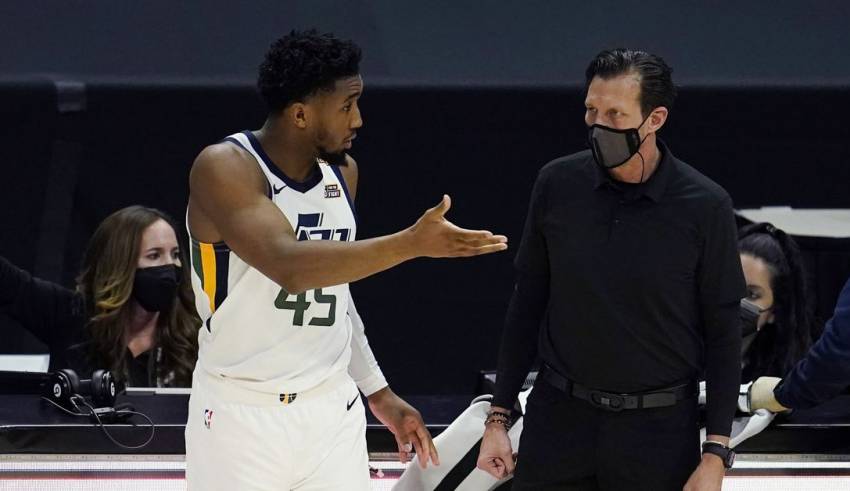 The hottest team in the NBA has won 20 of its last 21 games and is riding a nine-game win streak to a 24-5 record. The Jazz are doing it against some of the league’s best, rattling off victories against teams like Milwaukee, Philadelphia and the Los Angeles Clippers, though LA was missing Kawhi Leonard and Paul George on Wednesday night.

The tough stretch continues on Friday against the Clippers, followed by matchups against Charlotte and Los Angeles Lakers.

With the way the Jazz are playing — 18 of its last 20 wins have been by double digits — there’s a consensus among the national media: As of right now, the Jazz are the best team in the NBA.

“The Jazz have 16 double-digit wins during their 18-1 run, joining the 1970-71 Bucks and 2008-09 Cavaliers as the only teams to record so many 10-plus-point victories over a 19-game span, according to the Elias Sports Bureau. An underrated piece of Utah’s success: forward Royce O’Neale, who was the primary defender on Jayson Tatum, Giannis Antetokounmpo and Jimmy Butler in the Jazz’s three convincing wins this week. ‘He’s All-Defensive Team. That’s where he should be at the end of the season, if he keeps it going,’ two-time NBA Defensive Player of the Year Rudy Gobert said.” — Tim MacMahon

“Twelve of the Jazz’s wins on this 18-1 stretch have come against teams currently under .500, but the quality wins have been coming. Without Mike Conley, they’ve beat the Pacers, Celtics, Bucks and Heat over the last eight days, leading both Milwaukee and Miami by more than 20 points over the weekend. The Jazz are 9-3 against the 14 teams that enter Week 9 at or above .500.

“Their 3-point shooting dried up a bit over those last four games (32.8%), taking them below the 40% mark for the season. But while their 53.3 drives per game (third in the league) are mostly meant to get the Jazz open 3-pointers, they can also help get them to the free-throw line, and they’ve outscored the four opponents by 26 total points at the line over the four games. Rudy Gobert (fifth in free throw rate among players with at least 100 field goal attempts) remains a poor shooter at the stripe, but was 13-for-18 over the weekend, Donovan Mitchell is 29-for-33 (88%) over the four games, and Joe Ingles has more free throw attempts over these last eight days (16) than he had prior (15). Ingles scored a season-high 24 points (with 9-for-10 at the line) against the Celtics, and then tied his career high with 27 (shooting 7-for-9 from beyond the arc) against the Bucks.” — John Schuhmann

“For the first part of this amazing Utah run — now up to winning 18-of-19 — it was fair to say it came against a soft schedule. No more. The last four wins have come against Boston, Milwaukee, Miami, and Philadelphia (without Joel Embiid). The Jazz earned the respect of Giannis Antetokounmpo, who said they’re the ‘best team in the West.’ The schedule doesn’t get any easier with two against the Clippers coming up (although L.A. is banged up right now). Looking at the West landscape, Utah has a real shot at the No. 1 seed.” — Kurt Helin

“Utah has three players up for All-Star consideration this season, including a pair of standout point guards. Yet on the right night, neither Donovan Mitchell nor Mike Conley is the best backcourt player in Salt Lake City. Jordan Clarkson went on one of his patented scoring binges in Monday’s win over the Sixers, scoring 40 points on 13–20 shooting. Clarkson can be near-unstoppable when he’s on a hot streak, draining triples and finishing over even the most imposing bigs. Perhaps Clarkson will flash his scoring brilliance for Utah in a key spot this postseason.” — Michael Shapiro

“Another week, three more blowout wins for the Jazz, who have taken Mike Conley’s absence in stride with extra contributions from Joe Ingles and Jordan Clarkson. Donovan Mitchell’s 3-point shooting has cooled off a bit in the last two games, but he still averaged 29 points for the week, including a brilliant 36-point, nine-assist effort in Tuesday’s win over the Celtics. That’s now 18 wins in 19 games for Utah, with absolutely no signs of slowing.” — Colin Ward-Henninger