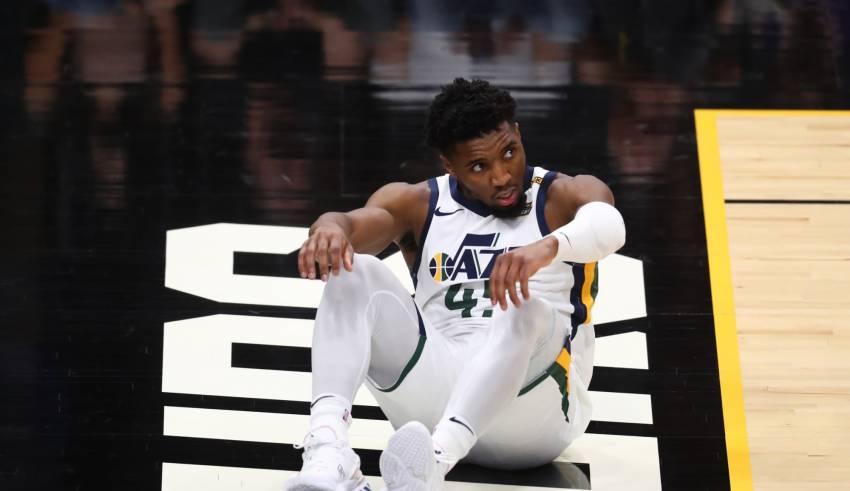 Utah Jazz star Donovan Mitchell can be aptly described as a crafty scorer. For some NBA observers, he may be a little too crafty.

Next season, the league will implement a series of rule changes designed to minimize the impact of players using unnatural shooting motions to draw fouls and get to the charity stripe. It’s been a contentious issue regarding the current crop of elite NBA guards (many of whom may have watched a little-too-much of current Utah Jazz part-owner Dwyane Wade).

According to the Salt Lake Tribune, the league has looked at a number of plays involving members of the Utah Jazz in analyzing how to implement these changes. Given the volume of his shot-creation responsibility with this group, it’s difficult to avoid the conclusion that the league is taking a particularly close look at Donovan Mitchell.

One should be sympathetic to this current dilemma for NBA officials. On the one hand, protecting the shooter’s landing space is of paramount importance: when defenders close-out a little too closely on shot attempts, the results can be disastrous. On the other hand, the league understandably doesn’t want players “gaming the system” by drawing fouls on jump shots through the process of launching shots that look…let’s just say “unconventional”.

Without question, it’s a dilemma. However, is Utah Jazz guard Donovan Mitchell a particularly notable culprit? The numbers suggest otherwise. Last season, Mitchell shot 6.0 free throw attempts per night. In comparison to two of his contemporaries most frequently associated with unnatural shooting motions, it appears Mitchell was either unable or unwilling to trick NBA officials.

The NBA is continuously concerned with the quality of its product, and fans of the Utah Jazz and otherwise should be grateful for that concern. Nonetheless, as the Association endeavors to improve this particular facet of the game, it may want to turn its attention away from Salt Lake City.