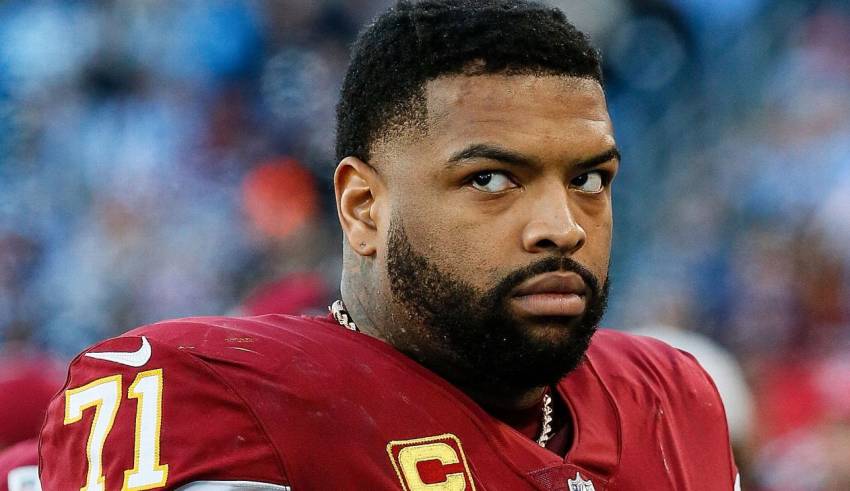 The NFL Players Association came to the defense of Washington Redskins tackle Trent Williams by accusing the NFL Network of using misinformation in an attempt to tarnish the player’s reputation.

The NFLPA posted a statement on its Twitter account backing Williams and saying it will consider taking action against the league to protect the player’s rights.

Williams, 31, on Thursday revealed a cancer diagnosis that led to him having a tumor removed from his skull, and that it played a part in his lengthy holdout and distrust of the team’s medical staff and the organization. Williams said he informed the team of the medical issue six years ago.

Our statement on behalf of Trent Williams:

In our multiple conversations with Trent and his agent, we have considered various options based on the facts, but we also understand that Trent wants to put this all behind him, not relive a painful experience when his life was (1/3)

…in danger and move on with his career. We are also aware of misinformation being repeated on the NFL’s own network that is not sourced and is only designed to tarnish Trent’s reputation. (2/3)

…Our union supports Trent, is protecting his rights and continues to consider potential action if a campaign against him continues. (3/3)

Without mentioning anyone specifically, the NFLPA said the “NFL’s own network” was using unsourced information “designed to tarnish Trent’s reputation.”

On Friday, former Washington general manager and current NFL Network analyst Charley Casserly said Williams was told three years ago that the growth on his head should be tested and added that the player never scheduled the procedure. Casserly also suggested Williams’ holdout was financially related.

The union said that while it considers its options, it also respects Williams’ desire to put the issue behind him and not “relive a painful experience when his life was in danger.”

The seven-time Pro Bowl selection had multiple surgeries during the offseason related to the tumor’s removal and remained away from the team before reporting this week. Williams said it got pretty serious and he was “told some scary things” by doctors that changed his outlook on life.

Williams did say he told the team before the season that he wanted guaranteed money in the final two years of his contract — neither of which were guaranteed.

Information from ESPN’s John Keim and The Associated Press was used in this report.