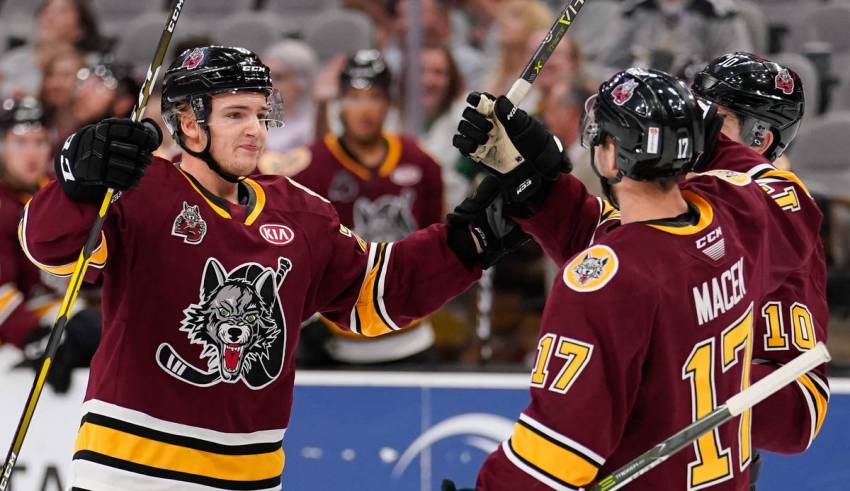 Hockey is a global game with players skating in an alphabet soup of different leagues before they reach the NHL.

The QMJHL. The KHL. The BCHL. It can be like scanning through a list of the radio stations while driving on a country highway.

Here’s a quick guide to help explain what all the letters mean.

American Hockey League (AHL) — This is the top minor league in North America, hockey’s equivalent of Triple A baseball. Most AHL players are assigned to their respective teams by their parent NHL club. Others are signed to AHL contracts, professional tryout contracts (PTO) or amateur tryout contracts (ATO).

The Golden Knights purchased the San Antonio AHL franchise and relocated it to Henderson/Las Vegas ahead of the 2020-21 AHL season. The Chicago Wolves served as the Knights’ AHL affiliate for their first three seasons.

ECHL — Local hockey fans will recall this was the home of the Las Vegas Wranglers from 2003 through 2014. It is one step below the AHL on the development chain.

Each organization is responsible for recruiting and signing its players. The Knights had an ECHL affiliate agreement with the Fort Wayne Komets starting in 2018.

Europe — The Russian-based Kontinental Hockey League (KHL) exported several stars — and Vadim Shipachyov — to North America and signed some of the top players not in the NHL.

The Swedish Hockey League features several draft picks and prospects each season, as does Finland’s Liiga. Other top leagues are found in Austria, the Czech Republic, Germany, Great Britain, Norway, Slovakia and Switzerland.

The Canadian Hockey League (CHL) is the umbrella organization that oversees the three major-junior leagues, with players from 16 to 21 years of age. In rare instances, a 15-year-old is granted exceptional status to compete.

Players who skate in major juniors forfeit their NCAA eligibility.

Most top prospects and draft picks will return to their major-junior team if they don’t make the NHL out of training camp. That’s because the NHL and CHL have an agreement that prohibits Canadian and American players drafted from a CHL club from joining the AHL unless they turn 20 by Dec. 31 of that season or played four seasons in juniors.

Western Hockey League (WHL) — Consists of 22 teams from British Columbia, Alberta, Saskatchewan and Manitoba, along with Washington and Oregon. Players are selected from those provinces and 20 U.S. states as far east as Minnesota. Nevada is included in the WHL’s player territory.

Knights general manager Kelly McCrimmon owns the WHL’s franchise in Brandon, but the organizations are not affiliated.

Ontario Hockey League (OHL) — The namesake province houses 17 of the 20 teams, with two more in Michigan and one in Pennsylvania. Players are selected from Ontario and 24 U.S. states across the Midwest, South and East Coast.

The “Q” has produced numerous all-time greats since it was founded in 1969.

United States Hockey League (USHL) — One step below NCAA Division I in USA Hockey’s Ladder of Development and the top feeder system for American players headed to college.

Similar to the three CHL leagues, the Midwest-based USHL is open to players who are “at least 16 years of age and no older than 20 as of the 31st day of December of the current season of competition.”

The USHL saw a record 45 players selected at the 2018 draft.

Canadian Junior Hockey League — The organization comprises the 10 Junior A hockey leagues in Canada and generally is regarded as a notch below the CHL major-junior leagues.

The Saskatchewan Junior Hockey League (SJHL) is home to the Humboldt Broncos, the team involved in a deadly bus crash in 2018.