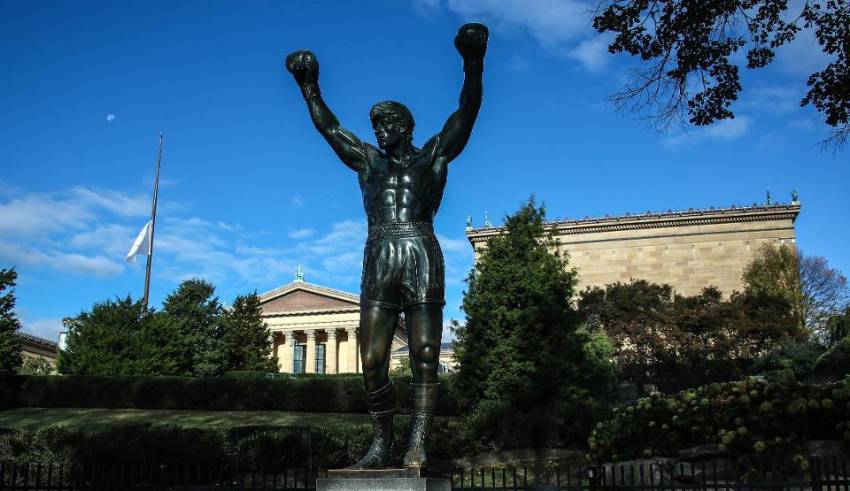 A clutch game-winning 3-pointer with 0.4 seconds left by Furkan Korkmaz in Portland last night by Furkan Korkmaz kept the Philadelphia 76ers undefeated and lowered their championship odds to 6-1 … although the legal sportsbooks in the United States still believe the Milwaukee Bucks have a better chance to win the title.

Saturday night was a good one in the NBA, with Giannis Antetokounmpo putting on a show against the Raptors with a season-best 36 points with 15 boards, eight assists and four swats while going 14-for-20 from the field in a 115-105 victory over the Toronto Raptors.

The Los Angeles Clippers are still listed as the favorites to win the title, and the Los Angeles Lakers are second, both at a little above 3-1. Milwaukee (+550), Philadelphia (6/1), Houston (8/1), Denver and Utah (both 16-1) are seen as the most legit contenders.

Korkmaz drained his late 3, which he called “the biggest shot of my career,” to complete a Philadelphia comeback from 21 points down. It is the team’s first 5-0 start since the 2000-01 season, when they opened with 10 straight victories en route to the Eastern Conference championship.

The bucket came off a perfect pass from Ben Simmons and was cleared by a perfect screen by Al Horford as the Sixers won in the first game of Joel Embiid’s two game suspension.

But with the Sixers the NBA’s only undefeated team after the first stop on a four-game Western swing, they will be the team to watch until they lose.

Next up is Phoenix on Monday night before the trip gets tougher and the altitude gets higher in matchups with Utah on Wednesday and Denver on Friday.

So with the sportsbooks basically saying there are six teams that can win the title, let’s have a look at what they’ve done as we get ready to wrap up Week 2 of the young 2019-20 season.

LOS ANGELES CLIPPERS: They are 4 1/2-point favorites over Utah this evening in the best matchup of a six-game NBA schedule. They are undefeated at home (3-0) but currently sit in sixth place in the West with a 4-2 record. (Check this out: The West has 9 teams with winning records; the East has 5.). There has been a quantifiable defensive improvement in their last three games, holding opponents to 96 twice and 97 once after allowing 102, 122 and 130 in their first three games, which included a stunning loss to Phoenix. Paul George is expected to play at some point this month, and Kawhi Leonard (who was rested for “load management” in L.A.’s last game) is fourth in the league in scoring at 49.2 ppg. Currently in a five-game homestand against quality opponents, their early-season schedule is loaded with home games before they leave on a six-game Eastern Conference swing Dec. 6-14. Absent an injury to Leonard, they should remain the West favorites through Christmas, when they next play the Lakers.

LOS ANGELES LAKERS: The LeBron James vs. Luka Doncic triple-double square-off was an instant classic, and James is clearly rejuvenated now that he is finally playing alongside Anthony Davis in the superstar pairing he tried to engineer at last season’s trade deadline., Kyle Kuzma is just back from a foot injury, Dwight Howard is relevant again, and their winning steak currently sits at 4 following their opening-night loss to the Clips. LeBron, motivated to defeat his doubters and shooting 50.5 percent from the field, is 10-1 to win the MVP, while Davis is 8-1. Sportsbooks in Nevada have taken in more championship future wagers on the Lakers than any other team.

MILWAUKEE BUCKS: There was a little bit of emptiness to their victory last night over the Raptors because the team that knocked them out of the Eastern Conference finals last season was a very different squad. Still, The Freak is back in MVP form, which is why he is the favorite to win that award, and even though Malcolm Brogdon is putting up great numbers in Indiana, the Bucks do not seem to miss him … yet. Thank you, George Hill and Donte DiVincenzo. Their 4-2 record includes blemish losses to the so-so Celtics and better-than expected Miami Heat, and a test stretch begins now with a four-game Western jaunt to Minnesota, the L.A. Clippers (Tuesday’s ESPN game), Utah and Oklahoma City. Their first meeting with Philadelphia isn’t until Christmas Day.

HOUSTON ROCKETS: The loss in Brooklyn was a blow to their collective ego, but their over-300 effort in their previous game against the Washington Wizards was one to save on the DVR if you were fortunate enough to record it. At 3-2, they lead the league in scoring at 125.6 ppg, but they have a net point differential of -1.0. Their games are basically track meets, and they are a league-worst 0-5-0 Against The Spread. On over/unders, they are 3-2. They are 4-point favorites tonight at Miami as Erik Spoelstra decides what type of defensive strategy might slow Harden down. Their next glamour game is two Wednesdays from now against The L.A. Clippers. Until then, it is a nightly (on nights when they play) guessing game whether Harden will be able to put it all together from 3-point range and the free throw line to put up a 70-something point game.

DENVER NUGGETS: The Jokic juggernaut has not exactly been as efficient a machine as last season, where they nearly won the Western Conference but had a bad final week. They are among four teams bunched at 4-2 as we head into Sunday’s games, and it is too early in the season to figure out how that mess is going to shake out. One injury can change everything. Right, Golden State fans? Jokic’s scoring is down 4.3 points, and his 3-point shooting is off, too. This is why NBA coaches hate the World Cup and other FIBA tournaments, because international players who spend the summers practicing with their national teams often begin the NBA season winded. Still, this team is 2-deep at every position, and their lack of roster turnover from last season is a valued commodity when it comes playoff time, and familiarity counts for something.

UTAH JAZZ: Vegas and the international sportsbooks have been in love with this team since the summer when Ricky Rubio left and Mike Conley, Bojan Bogdanovic and Ed Davis came aboard. Amid that jumble of 4-2 teams, they are 3-0 at home and have finally gotten one strong game out of Conley, who more or less locked himself inside of the gym to cure his shooting woes and snapped out of it with a 29-point showing in a very impressive Friday night victory over the Clippers. They are a small-market team that gets very little national exposure (their next three ESPN games are against dog opponents, so circle Feb. 5 vs. Denver on your TV watching calendar.)

What about the Portland Trail Blazers, you ask?

They are still a championship outlier according to the books, currently listed at 40-1 by VegasInsider.com. The Vulcans find that illogical.