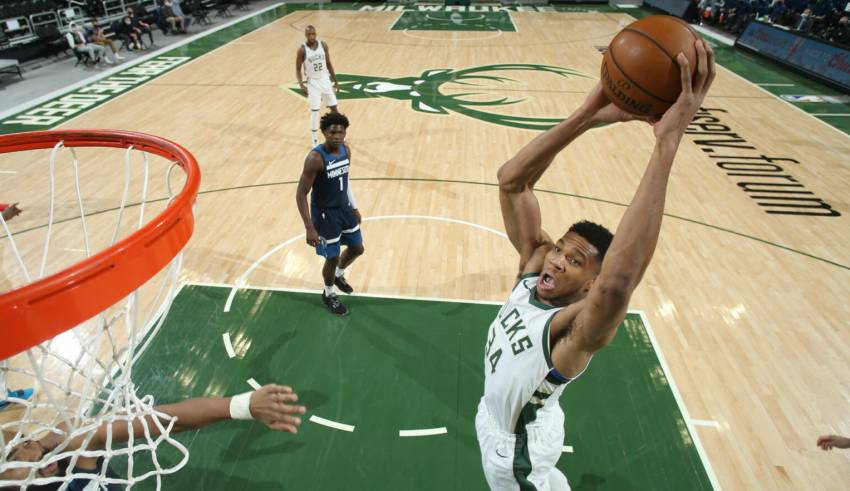 During the Bucks’ four-game win streak, Giannis Antetokounmpo is averaging 35.5 points, 13.8 rebounds and 6.0 assists per game.

• The Bucks and Clippers enter Sunday with matching 57.0 effective field goal percentages, trailing only Brooklyn’s 58.6%, which is on pace to be the highest on record. In fact, the Nets, Bucks and Clippers are all currently ahead of the 2017-18 Warriors (56.9%), who hold that record mark.

• This is the first meeting of the season between the Clippers and Bucks; Milwaukee has won three straight in the all-time series, with LA’s last win coming on Nov. 10, 2018. Patrick Beverley and Lou Williams are the only players from that Clippers squad that are still with the franchise.

• LeBron James ranks third in clutch scoring (74 points) and first with 30 clutch field goals made in 61 attempts (49.2% FG). The Lakers have outscored their opponents by 52 points in James’ 78 clutch minutes, leading them to an 11-5 record in games with clutch situations.

• Draymond Green is coming off a career-high 19 assists in Golden State’s win over Charlotte on Friday. It was Green’s third straight game with double-digit assists and the Warriors own all three games. The Warriors are 7-1 this season when Green finishes with more than 10 assists.

• So far this season, the Lakers are 17-6 with Anthony Davis in the lineup and just 6-5 when he does not play. Of every five-man lineup for the Lakers that does not include Davis, the group of LeBron James, Marc Gasol, Dennis Schroder, Kentavious Caldwell Pope and Kyle Kuzma has played the third-most minutes (56) and has a net rating of plus-10.