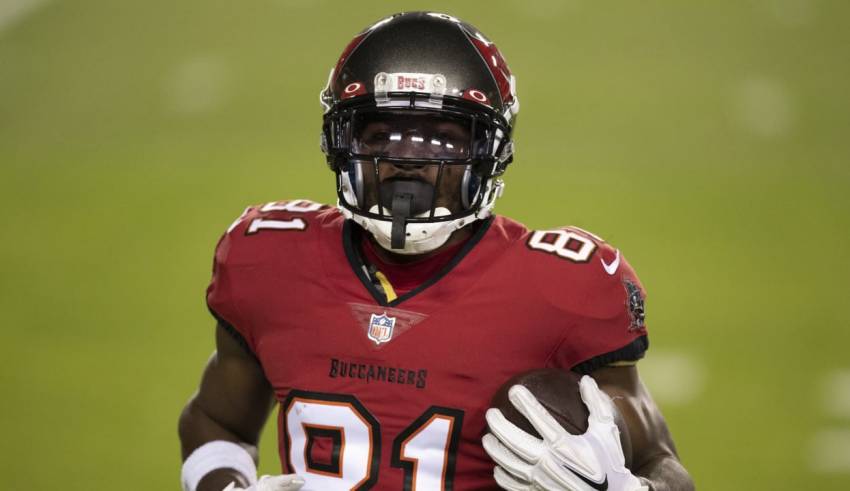 An MRI on Brown’s knee did not reveal serious issues, and he’s considered day to day in the lead-up to Tampa Bay’s appearance in the conference title game, NFL Network Insider Ian Rapoport reported.

Brown played 27 offensive snaps in the Buccaneers’ Divisional Round win over the Saints this past Sunday, missing most of the second half due to his knee injury. Without him, Tom Brady turned to backups Tyler Johnson and Scott Miller in order to continue moving the ball in a close game that Tampa Bay ultimately won.

Brown’s late arrival saw a steady climb in production in the final weeks of the regular season, and he scored a touchdown in the Bucs’ wild-card victory over Washington. Brown has four touchdown grabs on the season, scoring at least one in each of Tampa Bay’s games from Week 15 through Wild Card Weekend. His presence could be a boost for the Buccaneers, who are trying to reach Super Bowl LV and become the first team to play in a Super Bowl at their home stadium.

Here are the other injury and roster news we’re monitoring on Tuesday: