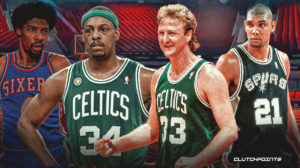 Booker joined the NBA as a first-round pick of the Minnesota Timberwolves in the 2010 draft following a four-year collegiate tenure at Clemson. He was traded on draft night to the Washington Wizards, where he spent the first four seasons of his professional career.

“This is probably the hardest thing I’ve ever had to write,” Trevor Booker — who last played during the 2017-18 NBA season with the Brooklyn Nets, Philadelphia 76ers, and Indiana Pacers — started his official retirement letter.

“I’m just a country boy that got to live out his dreams while doing something he loved. This game has opened my eyes to a whole nother world outside the country life. That’s why it’s so tough to sit here and write that I’m officially announcing my retirement from the game. It’s definitely a bittersweet moment.”

Booker, a 6-foot-8 southpaw, spent eight seasons in the NBA playing for five separate franchises. He appeared twice in the playoffs, first in 2014 with the Wizards and during his now-last stint in the Association in 2018 with the Pacers.

The 32-year-old forward concluded his retirement letter thanking the game of basketball along with his family, teammates, and fans.

Booker was last mentioned as a possible free-agent target in the summer of 2019, linked with the Denver Nuggets, Milwaukee Bucks, and Los Angeles Clippers. He completed workouts for the contenders prior to the start of the 2019-20 season. 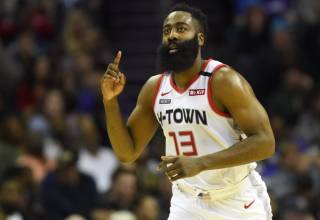