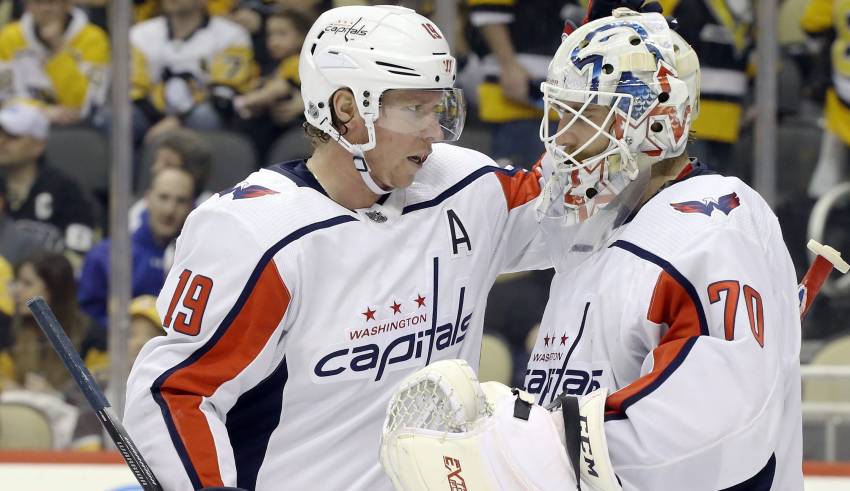 It’s been three weeks since the NHL was forced to shut its doors due to the global spread of the coronavirus. For Washington Capitals centre Nicklas Backstrom, who’s had 11 games postponed so far and welcomed a third addition to his family during the time off, it’s felt more like three months.

“I actually forgot we were in first spot,” he said during an online chat on Wednesday. “Thanks for reminding me.”

No team is a perennial favourite. Not in the salary cap world. You only have to look at the Chicago Blackhawks, Los Angeles Kings or the San Jose Sharks to realize that there is an expiration date on competing for a championship.

Players get older. Free agency forces teams to either lose their stars or hand out raises that subsequently push others out the door. Rosters are constantly changing. And it’s not always for the better.

The team you see today could be drastically different than the next time hockey is played. And Backstrom, who signed a five-year, $46-million contract extension that kicks in next season, knows it.

With the salary cap more than likely remaining the same for next season, he knows that his $2.5-million raise means that Washington will have less money to try and re-sign unrestricted free agents, such as goalie Braden Holtby, forward Ilya Kovalchuk and defencemen Radko Gudas and Brenden Dillon. He also knows that a year from now, Alex Ovechkin’s contract will expire and a new host of problems will emerge.

In other words, this might have been the Capitals’ best — and perhaps last — chance at winning another Cup.

“I like our chances this year. I think we’re a good team and we have been playing pretty good even though we haven’t been playing that well lately,” said Backstrom. “I think in case we’re not going to resume, it’s obviously tough. But we’ll see what’s going to happen.

“No one knows what’s going to happen. You obviously know with the salary cap situation it’s going to be different for every year. I feel like we have a great core group here that’s’ been a line time. And hopefully we can keep it the same, because we’ve been through it. We’ve won before and we want to do it again.”

It’s not just the Capitals who are looking at what might have been.

The St. Louis Blues, who own the best record in the West, were looking to repeat as champions. But if the season gets cancelled, it’s not as simple as pushing that goal to next year. Not with the fourth-highest payroll in the NHL and with captain Alex Pietrangelo heading to free agency in the summer.

The Bruins, who were the best team in the NHL, are facing even more difficult financial problems. Charlie Coyle is getting a $2-million raise next season. But the team also has to re-sign Jake DeBrusk, Matt Grzelcyk and figure out whether it’s going to try and bring back Zdeno Chara, Torey Krug, Jaroslav Halak and Joakim Nordstrom.

“We had some momentum, too, so it’s frustrating,” Pietrangelo said on an online conference call on Tuesday. “But we’re all optimistic we’ll have a chance to play again this year.”

If not, the entire NHL is potentially facing the equivalent of a four-game, first-round sweep.

Plenty of teams gambled at the trade deadline for a chance at competing for a championship. Plenty of teams went for it, thinking this was their year. Now, with the NHL extending its guidelines for players and staff to self-quarantine until April 15 — a date that will no doubt get pushed back even further — they’re crossing their fingers hoping it was not all for nothing.

Had the coronavirus hit a couple of weeks earlier, Pittsburgh would not have acquired Patrick Marleau. Tampa Bay might not have given up a pair of first-round picks for Blake Coleman and Barclay Goodrow. Knowing what we know now, would Arizona still have make the trade back in December for Taylor Hall as a rental?

“If it were to be cancelled, it would be a huge disappointment,” Lightning defenceman Ryan McDonagh said in an online video chat. “For what our team has done this year and how we set ourselves up and the additions that we made. Just where we were at this point of the season with only a handful of games left trying to gear up for a long playoff run — a successful playoff run — you just hope there’s a scenario out there where we can finish, whether it’s the regular season or the playoffs.”

Backstrom agrees — even if it means handing out the Stanley Cup in August.

After all, too many teams have invested too much into seeing this through. Too many cannot just wait until next year. For a lot of them, there might not be a next year.

“I think as we’re getting close to the playoffs, you obviously want to finish the season with a champion,” said Backstrom. “That doesn’t change anything. Whether we play mid-summer, you want to do it. You want to have a champion this year.”