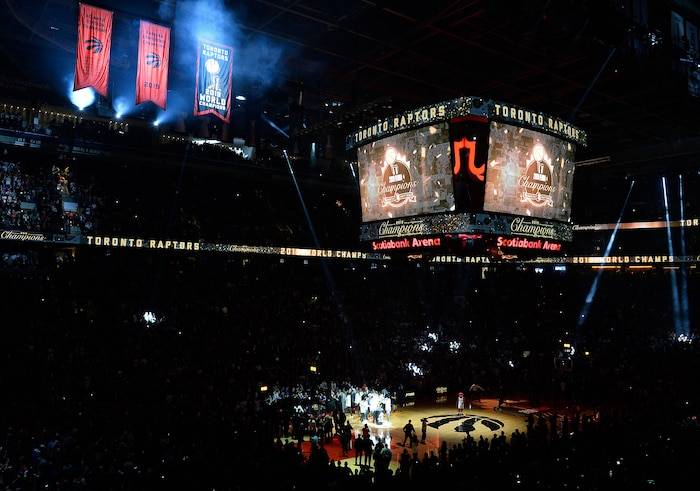 NEW YORK, Jan. 14, 2020 – The National Basketball Association (NBA) today announced the NBA Team Sales & Marketing Awards at the league’s annual NBA Sales & Marketing Meeting in Miami.  All 30 teams were invited to submit a nomination in each category for awards recognizing leaders and innovators across key areas, with a committee of league and team executives choosing the winners.

The 2019 NBA Champion Toronto Raptors received the league’s first-ever NBA Team of the Year Award.  The Raptors were recognized for their achievements across team business, including Ticketing, Partnerships, Marketing, Digital Media, Business Analytics and Innovation.

The NBA also recognized organizations for team business performance in 12 categories across Ticket Sales and Member Retention, Partnerships, Fan Experience and Digital Innovation.  Twenty-two teams received awards for team business performance.  The Raptors earned the most awards with six, followed by the LA Clippers with five. The Los Angeles Lakers and Miami Heat received four each.

“This year’s winners have not only achieved outstanding excellence but have raised the NBA’s standards as the league strengthens its pursuit of innovation, inclusion and leadership,” said Amy Brooks, NBA President, Team Marketing & Business Operations and Chief Innovation Officer.  “Our teams continue to place their fans at the forefront of their strategies, and in doing so, have played an instrumental role in growing our game.”

The Raptors received the inaugural NBA Team of the Year Award for their strong business performance and innovative marketing programs.  The team was near the top of the league for ticket member renewals, total tickets sold and full season tickets sold.  Toronto was also recognized for its innovative approach to partnerships resulting in it being presented with the NBA’s Activation of the Year Award last July, and its creative marketing strategy, including its efforts to drive community conversations around diversity and inclusion through initiatives like the “GroundbreakHERS,” a professional development network supporting females in sports, and “Powered by Female Fans,” a celebration of the team’s female fan base. The Raptors leveraged their unique association with OVO through the third annual ‘Welcome Toronto’ campaign to make an impact in the community. In addition, through Maple Leaf Sports & Entertainment’s Digital Labs, the team offered fans a highly-engaging mobile experience resulting in growth for the team’s mobile apps and social channels. The Raptors also launched the “Future of Sport Lab” initiative for aspiring business startups in the sports space.