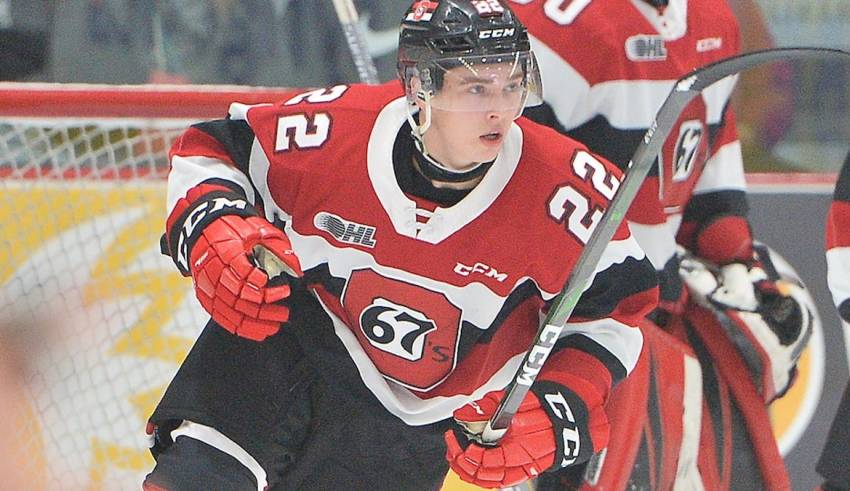 Nearly three months after the 2020 NHL Draft was originally scheduled in Montreal, the top-ranked prospects are close to finding out their future homes from playoff teams like the New York Rangers with the No. 1 overall selection to rebuilding teams like the Detroit Red Wings who fell to the No. 4 position in the draft lottery.

The top seven North American players including No. 1-ranked Rimouski Oceanic winger Alexis Lafreniere who is expected to be taken by the Rangers and the No. 1-ranked international player (Tim Stuetzel of Mannheim, Germany) met the media on a National Hockey League video conference on Thursday afternoon.

They answered questions about their hockey careers, NHL aspirations, and how they’re preparing for the virtual draft, which was rescheduled to Oct. 6-7 from June 26-27 because of the coronavirus pandemic which shut down their leagues and forced a summer of workouts and Zoom calls with league front-office personnel.

“It will be a big relief once we get drafted,” said Sudbury Wolves center Quinton Byfield, the No. 2-ranked player who grew up a fan of the Tampa Bay Lightning (he predicts center Brayden Point will win the Conn Smythe Trophy) but is cheering for the Dallas Stars who trail 2-1 in the Stanley Cup final in Edmonton.

“My main goal is to play in the NHL but if I go back to Sudbury that will give me more motivation to prove myself and win the OHL (Ontario Hockey League) and the Memorial Cup (national championship of the Canadian Hockey League).”

Saginaw Spirit center Cole Perfetti, the No. 5-ranked player in North America and the second-leading scorer in the OHL with 111 points in 61 games, was among the players who are making draft-night plans close to home instead of walking across the draft stage at the Bell Centre in Montreal.

“It’s unique and not the traditional way of going up on stage,” said Perfetti, whose family rented space at a restaurant in Whitby, Ontario to celebrate on Oct. 6 during the first round which gets underway at 8 p.m. (Rounds 2-7 will be the next day at 11:30 a.m.). “But these are uncertain times and we’ve learned to go with the flow.”

USA Hockey defenseman Jake Sanderson (No. 4-ranked and the son of former NHL forward Geoff Sanderson) will watch the draft with family and friends at a rink in North Dakota and Stuetzle plans on joining teammates at the Mannheim hockey clubhouse for the draft, which will get underway in Germany at 2 a.m.

Several players were asked about being interviewed by Red Wings general manager Steve Yzerman and director of amateur scouting Kris Draper. In Wednesday’s mock draft in The Detroit News, beat reporter Ted Kulfan had the Wings taking Erie Otters defenseman Jamie Drysdale after Lafreniere, Byfield and Stuetzle were off the board.

“The main purpose was to get to know me,” said Drysdale, No. 3-rated in North America with 47 points in 49 games and a gold medalist with Canada at the world junior championships. “They asked questions about my style, what I think I can do on the ice and what kind of person I am off the ice. It was a pretty smooth process.”

Here’s what the top eight players had to say about a variety of subjects.

On scoring 52 goals after a 12-goal season: “I had a great summer in the gym and my skating improved a bit. (Coach) Andre (Tourigny) was hard on me to get to the inside and be harder to play against. I worked on that and shot the puck a little more.”

On former Red Wings forward Thomas Vanek, a fellow countryman from Austria: “He called me two years before I came to Canada. He wished me luck and said if I ever needed anything, to call him. We’ve stayed in touch.”

On his collection of trademark bow ties: “Longer ties kind of bugged me. I felt a little closed off at the neck so I just wanted to switch it up and be a little different. I have about 30 bow ties. My favorite is the regular black because it can go with anything.”

On growing up in the Toronto area with Quinton Byfield and Cole Perfetti: “I’ve either played against them or with them since I was 10 years old. It’s no fun being on the other side when they come down the ice against me. They’re both special players.”

On possibly joining Hart Trophy finalist Artemi Panarin in New York: “He was really dynamic offensively. Every game I watched he was creating chances and was one of the best players in the league. I would try and learn as much as I could from him.”

On his favorite defenseman in the playoffs: “I’ve really been watching Miro Heiskanen (Dallas). Just the way he skates and how mature he is. He’s just so efficient the way he plays the game. He’s a very mature player for his age.”

On possibly representing Germany in the bubble at the 2021 world junior championships in Edmonton and Red Deer: “I think the most important thing is to stay safe and healthy and if that means playing in a bubble, that’s fine with me.”

On learning offensive moves by watching YouTube vidoes: “Ever since I was a kid, I would go on YouTube on my dad’s computer. My life revolves around hockey and I enjoy breaking down video of elite players and what makes them so successful.”

Top 3 picks: The New York Rangers are expected to select No. 1 prospect Alexis Lafreniere with the first overall selection after winning the draft lottery. The Los Angeles Kings and Ottawa Senators round out the top three spots.

Red Wings: The Red Wings will have the fourth overall pick for the first time since they selected Steve Yzerman with the No. 4 selection in 1983. Detroit has 10 draft picks, including three second-round picks and two third-round picks.