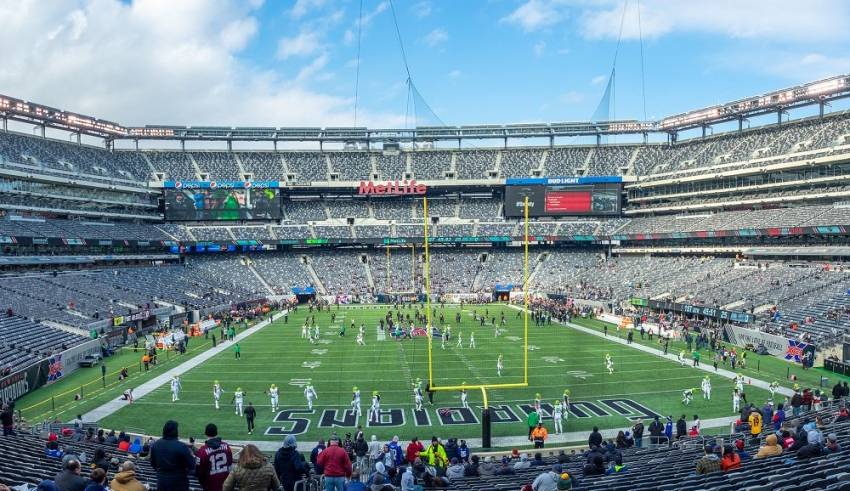 After attending the first XFL game of the new season between the DC Defenders and the Seattle Dragons this past Saturday at Audi Field in DC, I have a feeling that unless something changes, XFL has the potential be a more fun game to watch than both the National Football League and college ball.

To preface, I have never understood why, of all the large professional team sports, the NFL has no minor league. Every Major League Baseball team has at least one farm team. The National Hockey League has the biggest minor league after baseball. The National Basketball Association had the G leagues, and Major League Soccer has club teams. But the NFL has nothing like that.

Sure, there’s the Canadian football league and arena football, but these are both different games. If you’re a skills player like a running back and don’t get drafted out of college, you best hope that your academic advisor set you up with a decent degree.

For the longest time, people have been trying to change this. Just as recently as last year, we had the Alliance of American Football, which I very much enjoyed. I was becoming a big Birmingham Irons fan and was about to start buying gear before Tom Dudon shut the whole thing down mid-season in rather spectacular fashion. I believe those class-action lawsuits are still ongoing.

This is where the XFL comes in. Their goal seems to be to build a complimentary league to the NFL, but focused more on the game and less on the million-dollar paychecks. So sure, this will mean the players may not be as high-caliber as those in the NFL. And I wouldn’t blame the star players who can make it for going where the money is at.

But for every other player who missed the draft or just couldn’t make the cut, and maybe even those average Joes working at the shoe store, this could be their ticket. The Dallas Roughnecks even managed to sign ex-Steelers backup quarterback Landry Jones, who had been working a construction job, giving him a second shot at the game.

The XFL changed several key rules from the NFL that I think will work not only in the XFL’s favor, but also help the players and the fans enjoy the game again.

Two of the rule changes seem simple in practice, but after watching in person, I saw they also really helped enhance the feel of the game beyond the NFL.

First are the changes to the kickoff format. Everyone I know is tired of the NFL kickoff. Endure a bunch of commercials, then get five seconds of play where the kicker just sends it out the back of the end zone, and then back to more commercials. It feels like a two-minute excuse for extra ad space to make the NFL money.

Very rarely will the receiver try and run the ball up field. To contrast that, the XFL keeps kickoffs, but you now get penalized for making a kick that isn’t fieldable. Kicking it out of the endzone fields the ball at the 35-yard line. There are also rules about the players not being able to move until the ball is caught and player location, but these are more for player safety and less for gameplay.

The other rule with the best impact is the point-after rule. There are no longer point-after kicks that most kickers can do with their eyes closed. Instead the teams must run a normal play to get the ball to the endzone. Depending on the location they start from, the possible point total increases.

In the most extreme case, they can run a play from the 10-yard line, and if successful, they earn three additional points, for a total of nine. So now, a 17-point lead can be wiped out with two possessions. In the NFL, it would take three possessions just for a tie.

The other rule that I find fun is that each team uses different balls stamped with their logos. If the other team causes a turnover, the player on that team gets to keep the other team’s ball as a trophy. It in no way affects the game for the viewers, but is a nice treat for the players.

They have also updated some clock rules as well as an interesting rule about doing two forward passes in one play, which add some spice to the game and help the tempo. These rules do not change the game as drastically for those watching, but so far do not seem to cause any hinderance.

Unfortunately, the NFL loves their slow play and newsworthy athletes—looking at you, Antonio Brown—because it brings in the money from advertising. Quicker games that are shorter cut that ad revenue. So, I doubt some of these rules will ever transfer to the NFL, which is their loss.

So here’s hoping that going into the second week game play gets stronger and fan bases develop more. Thankfully the XFL has a kind of support the AAF never had, so they should manage to hold on for a while. If they do, and manage to get some high-quality players who excite fans, I could see a lot of people making the jump. I’ve already been looking at tickets for this weekend.