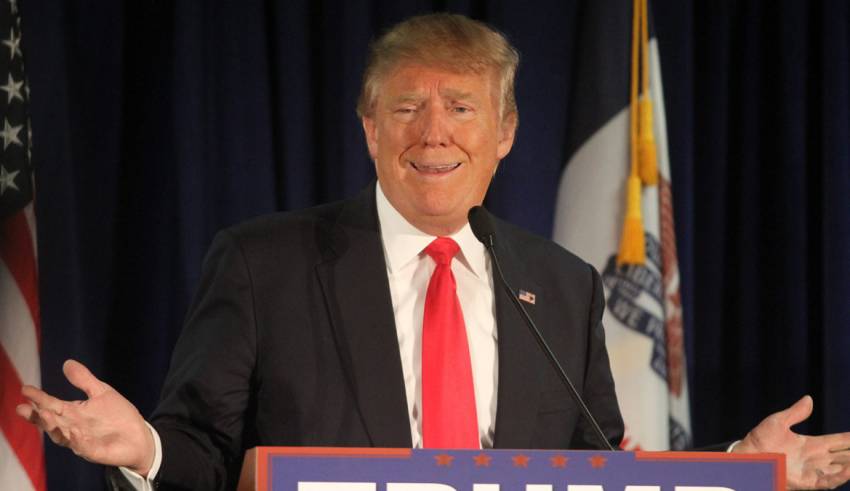 LAKE BUENA VISTA, Fla. – Donald Trump went on Fox Sports Radio on Tuesday and did Donald Trump things. He stumbled through an answer about China–Hong Kong relations, told a few of the usual lies and spent a sizable chunk of the 20-minute interview congratulating himself for things he hasn’t really accomplished.

And then he went after the NBA.

“Basketball is not working,” Trump said, “because of the way they treated our flag and our anthem.”

This was inevitable, wasn’t it? The waters were stirred last week when Trump called athletes kneeling for the anthem “disgraceful,” claiming he turned off his television when he saw NBA players take a knee. LeBron James responded, suggested basketball wouldn’t miss his viewership. Doc Rivers pointed to his hat, the word VOTE imprinted on the front. “[This] is what our president is trying to get us to not do,” Rivers said. “Which I think is just as disgraceful.”

“I think [the kneeling] has been horrible for basketball,” Trump said. “Look at the basketball ratings. They are down to very low number. They have enough politics with guys like me. They don’t need more as they are going up for the shot. There was a nastiness about the NBA the way it was done, too. The NBA is trouble. Big trouble. Bigger trouble than they understand.”

Let’s start with the factual inaccuracies, of which there are several. The NBA’s ratings are not “a low number,” as Trump suggested. The ratings have not skyrocketed, as some hoped, dousing the theory that the return of live events would drive sports-starved fans to their televisions. But the first full week averaged 1.56 million viewers, down 4% from the pre-pandemic average. Ratings dipped further in the second week, but remember—beyond the race for the final playoff spot in the West, a race that the most television-friendly star, Zion Williamson, has barely been a part of—these games are largely inconsequential.

Many of the top stars are either injured, resting or both.

The NBA isn’t doing cartwheels over the ratings.

But until the playoffs start, it won’t panic about them, either.

NBA players aren’t being political in the bubble, at least not in support of a candidate. No one is walking around in the sweltering Florida heat with VOTE BIDEN T-shirts sticking to their skin. They don’t kneel for Trump, but for Breonna Taylor, the 26-year old EMT who police shot and killed in her home last March. They kneel to draw attention to incidents of police brutality, which Jaylen Brown would like to see reclassified as domestic terrorism. They kneel because their dealings with police have been much different than those with a lighter skin tone.

“Some Americans have the birthright and the privilege to see police officers as protectors, maybe even peacekeepers, even embraced [as heroes],” Brown said. “I’m not from that side of America.”

Besides—Trump doesn’t actually care about the kneeling. He didn’t serve. He picked up five—five!—military deferments in the 1960s, deftly avoiding the Vietnam War. Anyone can see his passion is purely political. Trump is facing a challenging reelection campaign, and there’s a wide swath of voters who refuse to believe a black athlete’s kneeling is anything but disrespect for the military, anthem champions who, let’s face it, are more likely to be chewing popcorn or taking bathroom breaks than standing at attention.

Trump was teed up on the NBA’s relationship with China and, yes, this is where the league has earned criticism. “The way they cater to China, the way they bow to China, it’s a disgrace, frankly,” Trump said. The NBA has raked in the cash from China, in the neighborhood of $400 million, per Adam Silver, and with league interest growing by the year, the NBA hopes to earn more. When Rockets GM Daryl Morey fired off FREE HONG KONG” in a tweet that enraged Chinese officials, the NBA’s initial response was tepid, at best.

When James, the NBA’s biggest star, was asked about Morey’s tweet last October, he fumbled through an answer that actually blamed Morey, a response that rippled with reminders of how much money James makes in China. Last month, ESPN exposed allegations of abuse at three training academies in China, facilities one American coach described as “a sweat camp for athletes.” The Chinese government is reportedly incarcerating more than a million Uighurs, stuffing the predominantly Turkic-speaking ethnic group in oppressive reeducation camps.

The NBA has to answer for that.

It should consider severing its relationship with China, at least as long as its human rights record remains abysmal.

But should players be held to the same standard? Asking James to speak about the situation in Hong Kong with the same passion he has for issues at home is wild. James has lived these issues. Before he was LeBron James he was just a kid trying to climb his way out of poverty. Many NBA players share a similar story. They aren’t reading about dangerous encounters with police—they have their own. “You could be killed in your own backyard, reaching for your wallet,” Brown said. “Your parents have to teach you certain behaviors because of the fear that if you run into the police, you might not come home.”

They know that life.

They don’t know the long, complicated history of China and Hong Kong. Not enough to offer any kind of lengthy comment on it, anyway. The fact that that some of their income is derived from Chinese citizens buying sneakers doesn’t obligate them to, either.

Besides: On China, Trump can’t claim any moral high ground. He’s critical of China now, with the coronavirus originating on Chinese soil, but that’s a relatively new development. For years, Trump has sought a cushy relationship with China. As recently as last year he called the violent clashes between Hong Kong and China “a very tricky situation,” adding “I hope it works out for everybody, including China.” As a businessman, Trump sought a foothold in China. Over the last four years, China has been rubber-stamping trademarks for Trump’s daughter, Ivanka.

Trump doesn’t even know what he is criticizing the NBA about. Clay Travis, the Fox Sports Radio host, has expressed strong opinions about the NBA’s reluctance to condemn the Chinese incursion into Hong Kong. He asked Trump why Americans should care about China’s actions.

Travis likely hoped for an answer that decried the human atrocities.

What he got was a rambling word salad.

“Well look, for years, Hong Kong was making a lot of money that we could have been making in the New York Stock Exchange and our great exchanges,” Trump said. “We have the biggest exchanges. We have the great dollar. The dollar, which I’ve made stronger, much stronger than it used to be. I hope people recognize that in the world of sports.”

“Our country is in good shape and we’re coming back so strong. It’s incredible, when you look at the numbers that we’re producing and putting up. We’re coming back very strong. We’ve saved millions and millions of lives by closing down and restarting. I will say that with Hong Kong, we gave tremendous incentives and costs us a fortune to keep Hong Kong viable and going.

“Now what we’ve done, I’ve ended everything. I’ve ended all of that. There is no incentive whatsoever. We’re not sending money through incentives back to Hong Kong. We’re going to make a lot more money, because they’re not going to be competitive. It will be a competitive market. Can’t be with the government running it.

“They’re going to have a different kind of a deal. We’re not participating from the standpoint of, we’re not spending billions of dollars on making life comfortable with them for freedom. That was O.K. We’d do that if they were free, but they’re not free. It’s a part when you look, I mean, take a look at a map. It’s attached to China, so it’s a little bit tough from certain standpoints. We will do very well by not having a good competitor. I guess it’ll be a competitor, but on a much smaller scale.”

You get all that?

The NBA isn’t above scrutiny, and questions about its relationship with China won’t—and shouldn’t—go anywhere. Mark Tatum, the NBA’s deputy commissioner, told ESPN the league needed to exercise more oversight over the Chinese academies, but even there the NBA needs to do more. Still, this is a fictional feud, designed to fire up a base of people, many who feign outrage at the sight of peaceful demonstrations and more who needed Wikipedia to grasp what the Hong Kong–China conflict was all about.

The NBA is in the middle of it now, and the league would be wise not to take the bait. Silver knew when the NBA embraced the Black Lives Matter movement there would be some blowback, that conservative outlets would attack them, that thirsty politicians would get involved. It was anticipated, and it’s here. Trump huffed and puffed on the radio this week. Best to just sit back and let him puff himself out. 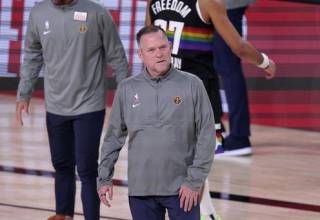