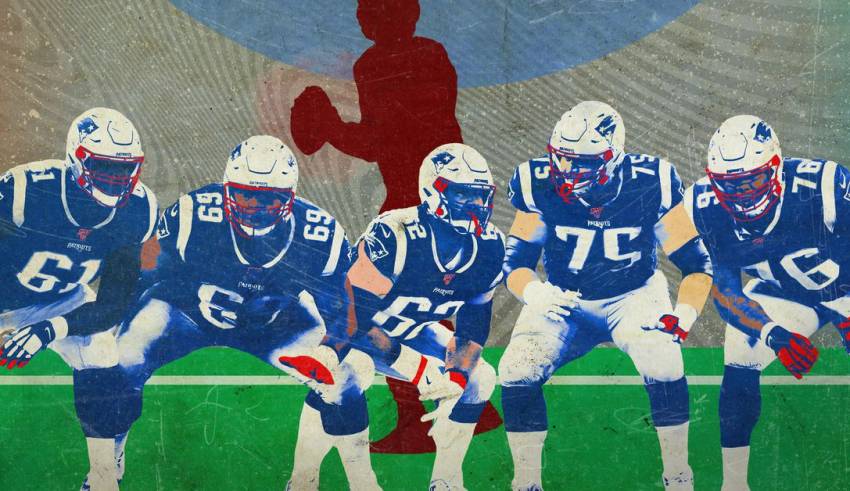 The NFL draft and free agency are in the rearview mirror, and while rosters can still be changed with trades, preseason cutdowns, and free-agent signings, we now have a much better idea of how depth charts will look heading into 2020. For some teams, it’s hard to find any massive weaknesses, but for others, there are major question marks. Here are nine teams that will head into next season still needing to address key positions.

With Cam Newton still out there in free agency and a handful of veteran backups available via trade (looking at you, Andy Dalton), New England can still bolster an uncertain and underwhelming quarterback depth chart. As the team’s roster stands now, the preseason competition for the starting quarterback job will come down to second-year pro Jarrett Stidham and longtime vet Brian Hoyer. Stidham seems to have the inside track, but rolling into 2020 with the sophomore passer under center feels like a dicey proposition for a team whose defense gives it a chance to compete in the division. Stidham went 61-of-90 for 731 yards, four touchdowns, and a pick in four games of preseason action last season, compiling a 102.6 passer rating to pique the interest of New England fans. But with just four regular-season passes thrown in mop-up duty thus far in his career, the former fourth-rounder is anything but a lock.

Hoyer, meanwhile, has started just one game in the past two seasons and was anything but impressive in his four games of action in Indianapolis last season, tossing four touchdowns and four picks while completing just 53.8 percent of his passes and finishing with a 65.7 passer rating. It was surprising that New England stood pat on the position in the draft, picking 10 players―one of them a kicker―but no quarterback. “We’ve drafted [quarterbacks] in multiple years, multiple points in the draft,” Bill Belichick said on Saturday. “Didn’t work out the last three days. That wasn’t by design. We just tried to do the best we could with what we had this weekend.” Belichick has expressed confidence in both Stidham and Hoyer, but something tells me the Patriots aren’t quite done wheeling and dealing when it comes to this position.

Seattle’s already-shallow pass rush group took a hit in free agency when the team lost Quinton Jefferson and failed to come to an agreement with star defensive lineman Jadeveon Clowney. With Clowney still weighing his options, Seattle made a few lower-end moves as insurance, bringing back a pair of former Seahawks in 32-year-old Bruce Irvin and eighth-year pro Benson Mayowa. Past that duo there are plenty of question marks on Seattle’s defensive edge.

The Seahawks double-dipped in the draft, grabbing a high-upside Frank Clark clone in Tennessee’s Darrell Taylor in the second round before circling back in the fifth to take an athletic subpackage rusher in Syracuse’s Alton Robinson. Those two picks give Seattle some hope for a strong edge rush group down the line, but a team that produced the second-fewest sacks in the NFL last year (28.0) shouldn’t rely on a pair of rookies to elevate that group in Year 1. Past that, Seattle’s first-round pick from last season, defensive end L.J. Collier, was a complete nonfactor as a rookie, playing minimal snaps while registering just three tackles. And while Rasheem Green’s trajectory certainly looks promising after leading the team in sacks last year (4.0), a big Year 3 jump isn’t guaranteed. Shaquem Griffin provides a small boost as a hybrid linebacker/pass rusher in subpackages, and Branden Jackson is still in the mix, but unless Seattle makes some more moves in free agency, the team will be putting far too much responsibility on its duo of rookie pass rushers. Seattle may need to push harder to land Clowney or add another free agent like Everson Griffen.

The Panthers have shaken up their subpar offensive line this offseason, sending five-time Pro Bowl guard Trai Turner to the Chargers for tackle Russell Okung while letting starter Greg Van Roten walk in free agency. Okung projects as the new starter on the blind side, but the veteran tackle has missed games in every season except one in his 10-year career and sat out all but six games in 2019 after suffering a blood clot in his lungs. The team is likely to line up with Taylor Moton at right tackle, Dennis Daley and John Miller at the guard spots, and the 30-year-old Matt Paradis at center. Past that, sophomore tackle Greg Little should provide swing-tackle capability and the potential to fill in at guard, and Tyler Larsen brings interior depth. That … that’s about it.

Arizona has a strong foundation on the edge in the form of last year’s sacks leader, Chandler Jones (who finished with 19 sacks in 2019, nearly half of the team’s 40 total sacks). But past the dynamic, 30-year-old rusher, there isn’t a lot of proven production in that unit.

Rookie linebacker Isaiah Simmons should chip in as a situational blitzer and sophomore defensive end Zach Allen has a chance to make a jump in Year 2, but outside of signing Devon Kennard (who notched 7.0 sacks for the Lions last year), the team failed to upgrade an already-weak group.

With Chris Harris Jr. now gone to the rival Chargers, the Broncos head into 2020 with question marks in the secondary. The team will lean on recently acquired veteran cornerback A.J. Bouye to man one of the outside spots in Vic Fangio’s scheme, and Bryce Callahan projects as the de facto no. 2. But the 5-foot-9, 188-pound Callahan is less than a sure thing after missing the 2019 season due to complications from a foot injury, and projects primarily in the slot after playing just 28 snaps on the outside (with 610 in the slot) for the Bears in 2018. That leaves the outside corner spot opposite Bouye up for grabs after the team neglected to add any other competition in free agency.

Former Patriot Duke Dawson started three games for Denver last year, and third-year pro Isaac Yiadom will throw his hat into the ring after starting (and mostly struggling) in eight games in 2019. De’Vante Bausby, who suffered a scary neck injury that left him temporarily paralyzed last season, could be another option. Ultimately, the team may be forced to throw third-round rookie Michael Ojemudia into the fire from the get-go absent any other game-ready options. Ojemudia has the size (6-foot-1, 200 pounds) and athleticism to excel in the Broncos’ scheme, but it’s a big ask to put a third-rounder out on the field early on, especially in a division with Patrick Mahomes.

The Rams’ previously elite offensive line fell apart in 2019, and the team’s overall offense followed suit. Various injuries along the line partially contributed to L.A.’s descent to 19th in Football Outsiders’ adjusted line yards metric after the team had led the league in the same category the year before. Despite that steep dropoff in effectiveness, though, GM Les Snead and head coach Sean McVay did little to address the problem: With a dearth of salary cap room to work with, the Rams made no major moves at offensive line, staying quiet in free agency before waiting until the seventh round to select tackle Tremayne Anchrum.

As the team’s roster stands now, L.A. still has no obvious successor to 38-year-old Andrew Whitworth and seems content to roll with its mostly unchanged unit from last year. Snead expressed confidence in its young core of depth linemen like David Edwards, Bobby Evans, Joseph Noteboom, and Brian Allen. But counting on those guys is a gamble.

I’m a huge fan of what GM Joe Douglas did during his first draft with the Jets, and grabbing tackle Mekhi Becton and receiver Denzel Mims with the team’s first two picks should give Sam Darnold the type of support he needs to take the next step in 2020. But while I don’t fault Douglas for going offense early on, New York’s decision to wait until the third round to address its pass rush group (where the Jets grabbed Florida edge rusher Jabari Zuniga with the 79th pick) put the team’s depth at that spot in question heading into 2020. Again.

Veteran Jordan Jenkins (8.0 sacks in 2018) headlines the team’s outside linebacker group and Tarell Basham notched 2.0 sacks last year and flashed at times, but after factoring in the rookie Zuniga, there’s not a whole lot of clarity in who will be featured on the edge for New York next year. Douglas may be forced to throw the checkbook at Clowney or hope to pry Yannick Ngakoue from Jacksonville in a trade.

I thought New York put together a solid draft class last weekend, grabbing a day-one starter in tackle Andrew Thomas and a dynamic, do-it-all defender in Xavier McKinney in the second. But while GM Dave Gettleman did well to add talent to the offensive line, secondary, and linebacker corps, one area he neglected to address was the edge rushing unit.

New York added former Packer Kyler Fackrell in free agency to boost its edge rush rotation, but outside of hoping for a big Year 2 jump from Oshane Ximines, this team doesn’t look markedly improved over last year at getting to the quarterback―when it finished 22nd in the NFL in sacks (36.0).

The Packers failed to address one of their biggest needs in the draft, ignoring a historically deep receiver draft while adding depth to other positions. Following the chaotic draft weekend, Green Bay’s receiver corps remains a big question mark: The team did add the 26-year-old Devin Funchess on a one-year prove-it deal, but otherwise will be leaning on the likes of Allen Lazard, Equanimeous St. Brown, Marquez Valdes-Scantling, Jake Kumerow, and a handful of others to augment go-to guy Davante Adams. That’s not exactly the elite playmaking talent Aaron Rodgers could use as he heads into his 16th season.