March 02, 2021
Trending
Home NHL The NHL is taking steps to combat abusive behavior in hockey weeks after a coach resigned for using a racial slur – CNN

This announcement comes in the wake of an incident of racial abuse that lead to the resignation of Calgary Flames coach Bill Peters last month.
Under the new rules, teams must report any troubling conduct immediately or face “severe discipline,” a statement from NHL Commissioner Gary Bettman said.
Bettman said the “Bill Peters situation was a complete surprise” and gave that as an example of why teams must make the league aware of any incidents as soon as they hear about it. 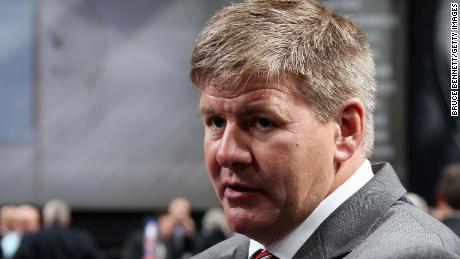 “Going forward, our clubs are on notice that if they become aware of an incident of conduct involving NHL personnel on or off the ice that is clearly inappropriate, unlawful or demonstrably abusive, or that may violate the League’s policies, involving NHL Club personnel, on or off the ice, we at the League office — Bill Daly or me — must be immediately advised,” the statement read. “There will be zero tolerance for any failure to notify us and in the event of such failure, the club and individuals involved can expect severe discipline.”
While Bettman said in the statement that he thinks most coaches in the league are professional and respectful in their capacity, implementing an annual training program to teach diversity and inclusion as well as tackle issues like counseling will benefit the league. The training program will be for all head, minor league and assistant coaches as well as general managers and assistant general managers, the statement said.
Any incident of inappropriate conduct will be met with discipline by either the team, league or both, according to the statement.
Additionally, the league will establish a platform, possibly a hotline, to allow for people to report any issues either anonymously or with attribution to make sure people feel safe from retaliation when reporting troubling conduct.
“There are lines that cannot be crossed — clearly physical abuse and racial and homophobic language cross the line,” Bettman’s statement read. “Whether it happened 10 years ago or last week, the answer must be the same — it is unacceptable.”