May 31, 2020
Trending
Home NFL The NFL's Top Players and Coaches Gather in Kansas City for the 50th Annual 101 Awards – chiefs.com 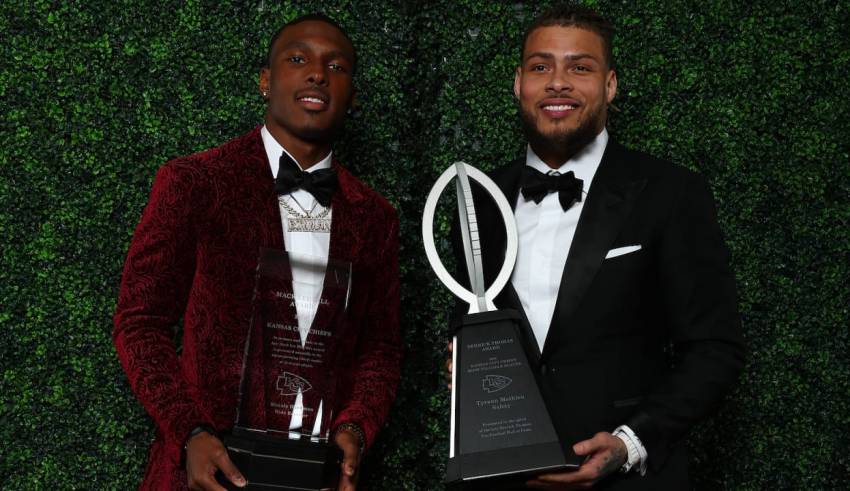 The event was presented by CommunityAmerica Credit Union and, for a fifth-straight year, benefitted The University of Kansas Health System’s Sports Medicine & Performance Center, which strives to prevent injury and improve the health and wellness of student-athletes throughout the region.

Here’s a rundown of the night’s honorees, beginning with the Chiefs’ two team awards.

Named for Pro Football Hall of Famer and franchise legend Derrick Thomas, this award is voted on by the Chiefs’ locker room and recognizes the team’s top performer. This season’s honoree was safety Tyrann Mathieu, who put together an All-Pro performance during his first campaign in Kansas City as the spark plug of the Chiefs’ re-made defense.

“This [award] is top of the line, especially when you realize that you’re on the same team as a guy who’s probably going to be the greatest ever,” Mathieu said, referencing Super Bowl MVP Patrick Mahomes. “I’m really blessed to be working with the coaches that we have and to be around our players – they make my job a lot easier. Just to be able to come to work every day and be myself, I think a lot of those guys embrace that. I’m very fortunate that I’m one of the guys who helped push us forward.”