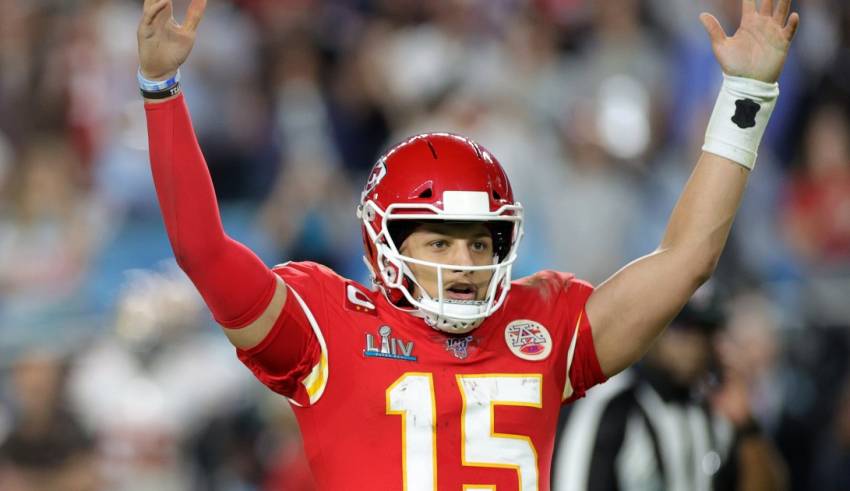 Tony Romo’s new $18 million a year deal to remain as an NFL analyst for CBS is equal to what he made in a season as quarterback for the Dallas Cowboys.

He can thank the upcoming negotiations for the league’s TV rights.

People in the sports media business say the deal for Romo — a breakout star in the broadcast booth — signals that the ViacomCBS-owned network is deeply committed to retaining its package of Sunday NFL games and remaining in the rotation for the ad-revenue-rich Super Bowl.

“It shows you’re doing everything possible to be seen as offering up a hospitable, well-funded home for the NFL,” said Lee Berke, a sports media consultant who has advised the NFL on past deals.

Making an impression on the league matters, as its valuable games are the best weapon for media companies battling the decline of real-time viewing caused by audiences spending more time watching shows on demand through streaming. The need for live programming that attracts viewers who will sit through commercials — something the NFL delivers in spades — will substantially drive up the rights fee paid to the league by the networks, currently more than $5 billion annually.

The NFL is also expected to bring in new revenue from digital media companies that will want a piece of the action, according to media and sports industry executives familiar with the discussions. The talks are expected to intensify after the NFL reaches a new labor agreement with its players.

Members of the NFL players union began voting on a new 10-year labor deal with the league this week. The current TV rights deal runs through 2021 for “Monday Night Football” and 2022 for the other packages.

Just like Romo, the NFL’s timing for entering into a new TV contract could not be better. The league has seen its audience grow in the last two consecutive seasons following troubling declines in 2016 and 2017. The 2020 Super Bowl’s audience of just under 100 million viewers was the first uptick for the game in four years. Meanwhile, the viewing habits of watching scripted sitcoms and dramas on traditional networks has rapidly eroded.

In a rapidly-shifting TV industry, the NFL provides a much-needed source of ad revenue to networks. Nathanson noted that the demand for ad time on the NFL is a primary reason network and cable TV ad revenues grew by 1.2% in the fourth quarter of 2019, even as overall audience levels continued to decline.

Nielsen data shows that viewing of cable and broadcast TV among the advertiser-favored age group of 18-to-49-year-olds dropped by 12% in 2019 as they spent more time watching Netflix, Amazon Prime and other streaming services.

While all of the parent companies with NFL rights are making their own major investments in streaming, they still have networks and TV stations dependent on advertising revenues and fees from cable and satellite operators who carry their channels. Keeping television’s most popular live attraction is vital to sustaining those businesses.

The NFL is such a powerful draw that when media companies enter a dispute with a pay TV company over carriage fees, the coming of a new season usually brings a resolution.

A full day of Super Bowl programming — including the game itself, which is perennially the most-watched TV event of the year — brought in $600 million for Fox in February. The previous year, Super Bowl Sunday brought $500 million to CBS.

According to a number of media executives who spoke to The Times on the condition of anonymity, the consensus is that CBS and Fox will keep their Sunday afternoon packages currently at $1 billion a year. NBC has the Sunday night game, which is prime time’s most watched program, at $950 million a year, while Fox has Thursday at $660 million a year. All are expected to pay as much as 50% more in the next deal.

The one possible change is Walt Disney Co., which pays $2 billion for “Monday Night Football” on ESPN and is looking to get some games and a Super Bowl for its broadcast network ABC, where the franchise originated and aired from 1970 to 2005. While NFL games are expensive, they provide a massive promotional platform for other network programming, something ABC has missed since the Monday games were moved to cable in 2006.

There is talk of “Monday Night Football” moving to ABC. Disney is also expected to make a play for a Sunday game package. Or the league could carve out a new package out of the current inventory of Sunday games. Disney also still wants games for ESPN as well in order to command the high fees it gets from pay-TV operators.

Disney has also sent a clear message to the NFL that it wants ABC to be a part of its future TV plans. The company demonstrated its potential to integrate ABC and ESPN by presenting two distinct broadcasts of the NFL draft last April. The ABC telecast took a more human-interest approach to the college players whose lives were changed by being selected, while ESPN provided more fan-centric coverage.

Cooperation between ESPN and ABC had been scarce in years past. But such efforts became a priority under ESPN President Jimmy Pitaro, who has a mandate from Disney to improve the parent company’s relationship with the NFL.

Disney is also a potential contender for the NFL’s Sunday Ticket package that offers pay-TV subscribers out-of-market games. The company may try to nab those rights — currently held by AT&T’s struggling DirecTV unit, which pays the NFL $1.5 billion annually — and make it an offering on its ESPN+ streaming service. DAZN, the sports streaming service founded by former ESPN chief John Skipper, is also making a play for Sunday Ticket.

Berke believes the NFL also wants to get into business with a digital platform in a larger way. There is talk of a creating a new “international” package with London games that would start at 10 a.m. on the East Coast.

Twitter, which simulcasted Thursday NFL games two years ago; and Amazon, which currently has those games, are both considered contenders for a new package, which becomes more of a possibility if the players union agrees to add a 17th game to the regular season schedule.

“The NFL is trying very hard to figure out how they can carve it up in more ways,” said one agent who is privy to the discussions but was not authorized to comment.

The NFL still likes the broad reach that TV provides and isn’t ready to give a digital company exclusive rights to one of its existing packages. But the league knows viewers are flocking to deep-pocketed online video providers and wants to be ready to capitalize on the trend.

“They want to develop new media players that can grow into financial competitors for rights down the road and I think the streamers are in that category,” Berke said.

The landscape is changing so fast, the NFL is expected to opt to have a shorter-term deal than the current pact that runs 10 years.