May 25, 2020
Trending
Home NBA The NBA will be in good hands after LeBron James – SB Nation 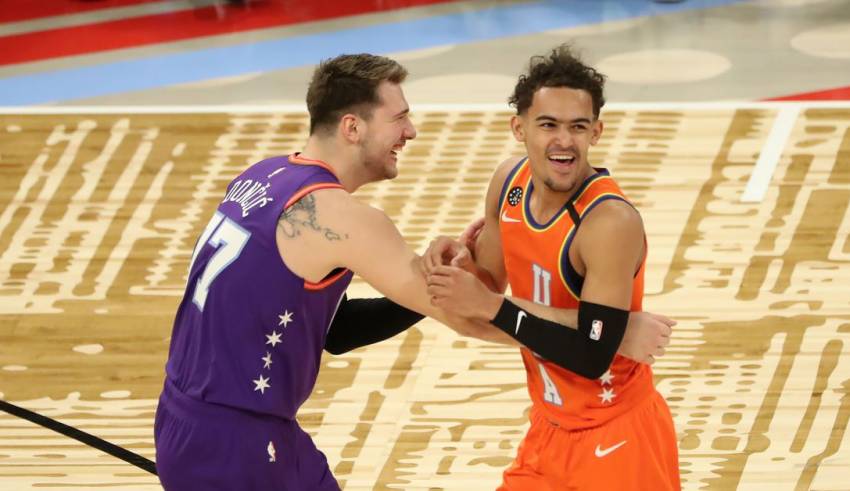 It’s totally understandable that NBA fans and analysts get concerned about gaps in stardom eras and how that affects the league overall. The gap problem is absolutely real: once Michael Jordan retired for the second time, there was a huge gap in the NBA stardom. Kobe Bryant and Tracy McGrady weren’t yet superstars. The league was focused on big men, with Shaq, Tim Duncan, a budding Kevin Garnett and the last remnants of ‘90s pivots hanging on (Karl Malone, David Robinson, Alonzo Mourning, Hakeem). Big men don’t sell. Kobe became a megastar with the Lakers’ three-peat, but Kobe was complicated for a number of reasons. LeBron didn’t show up until 2003 and didn’t become a superstar for a few years.

There really was a void without Jordan. You had Vince Carter and Paul Pierce and Allen Iverson and Reggie Miller and Stephon Marbury and Steve Francise and Chris Webber — but none of these were remotely Jordanesque figures. Ratings plummeted. Labor fights imposed by a league trying to tamp down salaries and restrict players’ leverage created bad energy. Eventually, you had Malice at the Palace, which seems like a moment of awakening in retrospect. The league was lost without MJ, and eventually found its way as superstars from a new generation took the reins.

It has been long feared that with Kobe retired (and now tragically dead), with Dwyane Wade and Dirk Nowitzki out of the league, with LeBron in his mid-30s that another gap looms. That a repeat of the post-Jordan era will set the NBA back again.

That’s not going to happen. The NBA has rising stars galore. Many of them were on display in Friday’s Rising Stars Challenge. Some have graduated from that event. But regardless, the NBA has plenty of heroes to carry the torch as the league transitions away from the LeBron era over the next few years.

Chief among them is the reigning NBA MVP and (in my opinion) clear Best Player on the Planet, Giannis Antetokounmpo. He’s an incredibly positive — uncomplicatedly so — force for basketball. He’s 25. He has his best basketball (in theory) ahead of him. This league should become his. He’s earned it, and the league will be in great hands with him front and center on the marquee.

Anthony Davis is only 26, and seems entrenched on the most famous NBA franchise in the world. That’s pretty good! That should help! Maybe this is akin to Shaq in the aftermath of the MJ era, but AD didn’t make Kazaam and Steel, which is a nice change.

There’s Luka Doncic, Wonder Boy, the best European NBA prospect ever who is already one of the most valuable players in the league … at age 20. He seems to have a great rapport with other young stars (American and foreign-born alike) and he’s already leading an important NBA franchise back into relevance. Luka’s so good that fans of the teams that didn’t draft him are revolting against their decision-makers. That’s the mark of real quality.

There’s Trae Young, who is already hugely controversial as a player in Year 2 of his NBA career. (He’s also immense fun to watch.) Debate helps build prominence. The cultural significance isn’t there, but he reminds me of early Allen Iverson, who was the subject of intense debate to the point where he became the first NBA star you really couldn’t try to discuss rationally on the internet for fear of sparking wars in your blog comments.

There are AAU brothers Zion Williamson and Ja Morant, the latter of which will win Rookie of the Year and the former of which is already a first-name-only wunderkind. Both lead small-market southern teams that will thrive with them as the engines. Both are capable of and willing to produce jaw-dropping plays. Both seem photogenic and willing ambassadors for the game with young generations of fans.

There’s no Jordanesque LeBron gap here. Maybe none of these names ever measure up to LeBron. But collectively, they should have enough juice and intrigue to keep people watching around the world. They should prevent another NBA existential crisis once LeBron finally, eventually falls off. Some day.

The NBA finally admitted what many have long suspected on Saturday: it is indeed consideri… 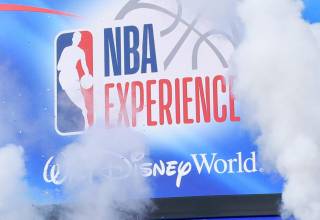 The NBA finally admitted what many have long suspected on Saturday: it is indeed …