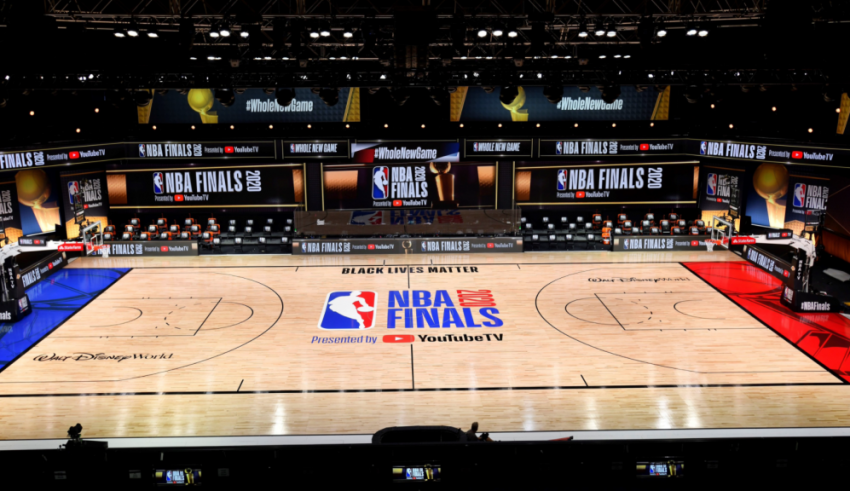 The finals are the biggest stage the NBA has to offer. It’s a showcase of the two very best teams in basketball, year in and year out.

So it would make sense to make sure that the court looked as exciting as possible, right? Especially in the NBA’s Disney World bubble, where everything will be centered.

There was so much opportunity to do something great. Something fun. Something spectacular. Maybe a cool Disney World theme? Maybe some sort of big social justice message on the court. There were so many directions the NBA could’ve went with this.

Instead, the NBA came up with this. The box-y Finals logo at center court to go with red and blue end lines with the Larry O’Brien trophy in them. And that’s about it.

Yawn. They could’ve done much better than this. This looks like something they’d play on in preseason.

They also wanted the trophy back at center court the way it used to be.

Instead, the NBA gave us…that. This is disappointing. Hopefully, the series between the Lakers and Heat is a lot more interesting.