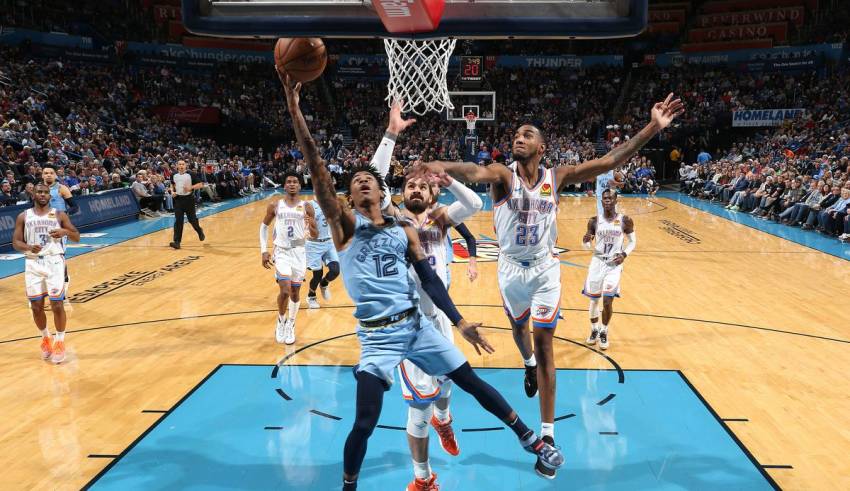 Where does each team stand halfway through the 2019-20 season? Just like last time, we asked our NBA staff to sort all 30 franchises into one of seven tiers based on this season’s results so far: Favorites, Contenders, Playoff Locks, On the Playoff Bubble, Wish They Were on the Playoff Bubble, Bad but Not Hopeless, and This Is Bleak. We (and by “we,” we mean Zach Kram) then averaged the scores to come up with our rankings. Teams are listed within each tier by average score and alphabetically (in the event of a tie). The teams that moved up or down a tier from the December edition are noted. Without further ado, here is the NBA in Tiers:

Dan Devine: No changes here in the estimation of our hivemind … which surprised me a little bit.

The no. 1 seeds in each conference have continued to run roughshod over fools, with the Giannis Antetokounmpo–led Bucks owning the league’s best record (17-3) and net rating (outscoring opponents by a whopping 12 points per 100 possessions) since our last check-in, and the Lakers (15-4, plus-8.3 points-per-100) ranking third in both categories. The Clippers, on the other hand, have only the sixth-best record in the West during that span. LeBron James, Anthony Davis, and Co. have blitzed the opposition by twice as large a margin as the Clips; Milwaukee’s point differential has been three times as big. Given how they’ve wobbled in the season’s second quarter, and how strong the Bucks and Lakers have looked, should we bump Doc Rivers’s squad down a tier?

The argument against that: While the Clippers have stumbled in recent matchups against the rest of the West’s top teams, falling to Utah at home in late December and at Denver over the weekend, they’ve already shown they can beat the Lakers, with Kawhi Leonard as daunting a head-to-head matchup for LeBron as exists in the NBA. And while they’re 0-2 against the Bucks, the first of those losses came with Leonard and Paul George both on the sideline, and the second saw Kawhi guard Giannis for only 9 percent of the time they both spent on the floor—not exactly a postseason-caliber matchup assignment. The Clippers have remained excellent when both Leonard and George are available: They’re 14-4 with both of their perimeter stars in the lineup, smacking opponents by 9.1 points-per-100 in their shared minutes, and scoring and preventing points at top-five levels.

The first half of the season offered evidence that, when the Clippers have their full team, they belong among the elite. If they can use the second half to get that team on the court more often and establish the continuity and rhythm that’s been tough to develop amid injuries and load management, any midwinter doubts could be distant memories by mid-April.

J. Kyle Mann: The five teams in this tier each pose a very real and unique challenge to the perceived favorites. Because I don’t have a team and I really just want to watch the world burn, I’m hoping that something happens at the deadline to allow these contenders to poke holes in that top tier. I think any one of these five teams could be a piece away from potentially doing that.

There hasn’t been much tier-to-tier movement at all among these top two groups, aside from one noticeable shift: Miami shimmied in the door to mingle with the contenders, and Toronto slipped from Contender to Playoff Lock. For Toronto, the difference between contending and locking was staying healthy. Pascal Siakam, Marc Gasol, and Norman Powell missed the latter portion of December, and that (pardon the pun) hurt.

Miami’s likely getting a bit of a recency bump. I will need to be convinced that it has the tools to stay here for the duration, but it was fantastic over the holidays. In December, the Heat posted an 11-4 record, with nice wins over Dallas, Philly (twice), Indiana, and Utah. The Heat are the NBA’s cult of personality: They’re skilled, they play together, and they actually seem to get along with Jimmy Butler. Bam Adebayo’s been an All-Star, Duncan Robinson is the NBA’s premiere “I cannot believe he’s this good” guy, and Kendrick Nunn and Tyler Herro are surprises in an otherwise abysmal rookie class. That foursome has been a critical difference. Can we call them “The Footmen,” because they all answer to a Butler? No? Should I leave? I’ll go.

Paolo Uggetti: Since starting off the season a scorching 15-4, the Raptors have crashed down to earth some, going 10-10 in their past 20 games. The tough stretch has been marred by injuries—Pascal Siakam, who had become a fringe MVP candidate, missed 11 games with a groin injury; Norman Powell has missed the past 11 games with a shoulder injury; Fred VanVleet’s hamstring has caused him to miss eight of the past 17 games, including the past three; and Marc Gasol has sat out the past 12 games with a bad hamstring of his own. The fact that the Raptors have remained a .500 team despite so many blows to their depth is a testament to the organization’s strong player development (Chris Boucher!), as well as Nick Nurse’s Popovichian ability to cook a meal with missing ingredients. The Mavericks, Pacers, and Jazz would likely bottom out harder if they were to lose as many players to injury as the Raptors have.

The question now is whether the defending champions will keep playing with house money or cash in on some of their veterans at the trade deadline. You always have to keep an eye out for Masai Ujiri on the open market. Will he do anything drastic to usher in a new era of Raptors basketball around Siakam? Or could he make a win-now move given that, when healthy, Toronto looked like an East contender?

On the Playoff Bubble

John Gonzalez: Two new additions to this tier, one of which shouldn’t be a surprise, one of which most certainly is. After a slow start to the season, the Spurs are inching their way up in the West. Gregg Popovich’s crew has recently picked up some quality victories, including wins at Toronto, at Boston, and home over the Bucks. Meanwhile, after avoiding the 3-point line for much of his tenure in San Antonio, LaMarcus Aldridge is suddenly firing away from deep; over the past 10 games, he’s shooting 56 percent from 3 on five attempts per game, prompting Pop to joke that he’s been coaching LMA’s “twin” during that stretch and that he’s “a hell of a guy.” It took me a while to learn what should have been an easy lesson, but never count out San Antonio.

The bigger surprise here is the Grizzlies, who have been fun all season and are now also relevant. Memphis has won five in a row and seven of its past 10. Ja Morant is the runaway favorite for Rookie of the Year (though maybe his top comp isn’t quite as flattering as fans might want), and the Grizzlies look like they have a solid long-term core in place with Jaren Jackson Jr. and Brandon Clarke at his side. All three young stars are putting up impressive numbers. These kids are all right, and they’ve accelerated the rebuild to the point that they have a real shot to make the playoffs this season. As my Ringer teammate Haley O’Shaughnessy wrote, the race for that last spot in the West is going to be wild.

Wish They Were on the Playoff Bubble

D.J. Foster: Check the expiration date on your favorite feel-good player profile. Timberwolves forward Andrew Wiggins has turned back into the plus-minus pumpkin who can’t hit 3s (29 percent since November) and won’t guard anyone consistently. Opposing teams now have enough film on (and respect for) Devonte’ Graham, and the Hornets guard is starting to crumble under the load by shooting 32.7 percent from the field in his last 15 games. The Suns came out of the gates blazing and are 10-1 this season when Devin Booker makes at least three 3-pointers … but only 26 percent of Booker’s attempts come from behind the arc. Booker’s newfound affinity for the midrange is DeRozanesque, and it’s probably time for an intervention.

People were excited to watch the Kings and Bulls this season (no, really!) and are no longer excited, for very different reasons. Sacramento’s young core has been decimated by injuries, but it remains puzzling that Sacramento would fire Dave Joerger to hire Luke Walton so he could watch checked-out veterans walk up the court at one of the league’s slowest tempos (27th in pace) and subsequently erase any of the goodwill or identity that last season’s League Pass darlings had built. The Bulls, meanwhile, have good vets who play hard, as Chicago forces more turnovers than any team in the league, but they still have no concept on how to use their modern big men offensively. Wendell Carter Jr. has almost exactly the same usage percentage as point guard Tomas Satoransky—a guy who quite literally has to be talked into shooting. Lauri Markkanen’s stock is looking more bearish than bullish by the day.

None of the kids are OK, and none of their teams appear to be doing anything about it. Such is life on the bubble outside of the bubble.

Bad but Not Hopeless

Shaker Samman: It’s almost shocking how quickly things have deteriorated in Detroit. Expectations weren’t high coming into the season, but they were certainly higher than the disaster the Pistons have rolled out thus far. Andre Drummond is ripe for the taking, the Blake Griffin era—as fun as it started—seems to have reached the injury-riddled endpoint we all expected, and Reggie Jackson, maybe the only other player on the roster who can create his own shot, has seen the floor only twice this season thanks to his own ailments. Every minute Detroit spends with this core is a minute wasted, and the Pistons’ slip into this tier reflects that.

Washington, thanks to John Wall’s season-ruining injury and its typically confusing roster-building, ran out a starting five of Bradley Beal, Isaiah Thomas, Isaac Bonga, Ian Mahinmi, and Gary Payton II in a loss to the Jazz on Sunday. It’s not what you want. Maybe the only team in this tier with something to feel good about is the Pelicans. Zion Williamson hasn’t played a single game, but his return to action is imminent—seemingly as soon as this month. There are questions about how Brandon Ingram (25.1 points per game and 41 percent shooting from beyond the arc) will adapt to being Williamson’s second fiddle, and there are trade rumors floating around Jrue Holiday. But unlike the other two teams in this tier, the future is bright in New Orleans. Reports suggest Williamson could be back as soon as Thursday. The bottom of the West is tightly packed, and if Zion gets up to speed quickly, the Pelicans could easily jump up a tier or two.

Haley O’Shaughnessy: I love a good upside, and there are redeeming qualities to be found in each of these teams—silver linings like “Steph Curry still exists” and “Marcus Morris is a desired trade piece.”

Cleveland can shop Kevin Love for future assets and fully embrace the rebuild that’s two years past due. Plus, the Cavs backcourt—Collin Sexton and Darius Garland, a sophomore-rookie duo whose greatest accomplishment before recently was their surnames forming the nickname SEXLAND—is finally showing hints of promise. Atlanta has Trae Young and a blueprint for the future. Golden State has two of the best shooters in history on the trainer’s bike in the back. Aside from Morris’s trade value, New York has … Julius Randle under contract for three seasons? The Knicks have been better under interim coach Mike Miller, but they should smile about Mitchell Robinson’s potential while they can.