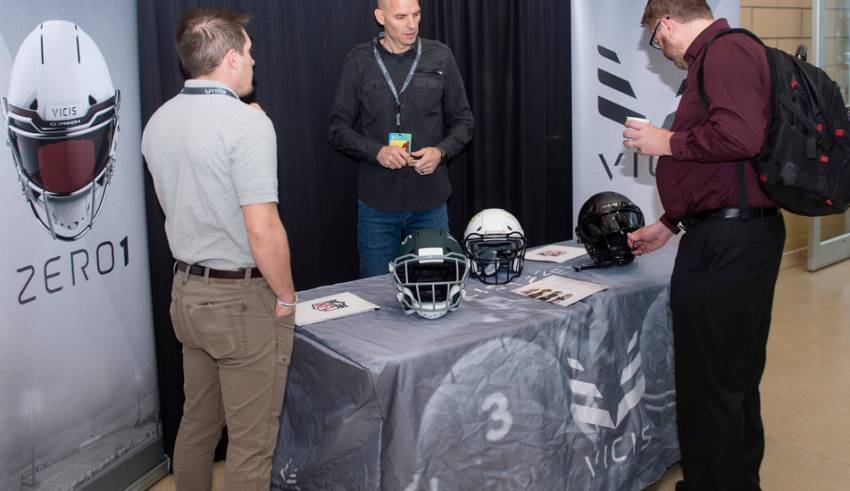 Around Thanksgiving, Aaron Rodgers and Russell Wilson received some news as unnerving as the sight of an all-out quarterback blitz.

The N.F.L. stars and other investors in Vicis, the heralded Seattle-based helmet maker, were officially informed that the company was running out of cash.

“Our employees are currently furloughed and we need to raise capital in order to continue operating, or we may have no other option but to wind down all operations,” wrote Ralph Greene Jr., who took over as the new chief executive just days before, in a letter reviewed by The New York Times.

The plea for millions of dollars to cover basic expenses represents a startling fall for a company that has won plaudits for its high-tech helmets and raised more than $90 million from venture capital and some of the N.F.L.’s highest-profile players. The company, with a board that includes highly respected doctors, business leaders and military advisers, also secured $1.1 million in grants from the N.F.L., though the league does not have an ownership stake.

The financial crisis at Vicis highlights one of the biggest challenges in football’s fight to make the game safer. Most brain scientists dismiss the idea that a new helmet can significantly reduce the risk of traumatic brain injuries and long-term brain damage.

Wilson, Kansas City Chiefs quarterback Patrick Mahomes and dozens of other players wear a Vicis helmet each Sunday. Shock absorbers inside the helmet have been shown to reduce the impact of direct hits and limit the rotational energy the head absorbs. So far, that has not been enough for Vicis to succeed.

Youth and high school football participation is falling, and the helmet business is dominated by Riddell and a handful of companies that are weighed down by insurance costs. Still, Vicis and other companies continue to try to develop better helmets for athletes and other commercial and military uses.

In its letter to investors, the company said it would try to raise additional money by selling shares that valued the company at just $5 million, compared with a $90 million valuation as recently as last year.

To stay afloat, Vicis plans to cut operating costs by half, curtail expansion plans and focus on just two football helmets — its adult model and a version for children. Last month, the company’s board pushed out its co-founder and chief executive, Dave Marver, who said in an email that the odds were stacked against newcomers to the helmet business, even those like Vicis that have seen growth.

“We were more successful than most at raising capital, but it took a tremendous amount of time and effort, effort that could have been applied to growing and running the business,” Marver said.

The company expects to lose $26 million this year, according to internal Vicis documents. With its cash dwindling, it has struggled to fulfill some orders. The delivery of a few hundred helmets ordered by the upstart X.F.L. has been delayed. The new league is hoping the helmets will arrive by the start of training camps early next year, according to an X.F.L. official with direct knowledge of the transaction, who spoke on condition of anonymity to preserve the league’s relationship with one of the few helmet manufacturers.

In a statement, Matt McKenna, a spokesman for Vicis, said the company is seeking another round of funding. He declined to comment further.

Vicis approached the helmet market in the fashion of Tesla, the automobile maker that sought to capture the high-end of the market first. Vicis targeted N.F.L. and college teams that can afford its premium prices. The helmets can cost as much as $1,500, at least double what most high-end helmets cost. Executives hoped the visibility among top athletes would help them sell to youth and high school teams.

But the challenges for a newcomer, even one with the support and star power of Vicis, are fierce, said Vin Ferrara, who founded and ran the helmet maker Xenith for almost a decade. There are liability and product maintenance costs, helmets that need to be customized for players and teams, and a limited market that tightens competition.

“It is entirely conceivable that even if a helmet were designed and tested such that it could undeniably claim it was better, it could fail as a commercial product,” Ferrara said.

Still, Vicis appeared to have advantages. Two professors from the University of Washington and Marver, a veteran of the medical device business, launched the company in 2013. Its association with the N.F.L. and support from Commissioner Roger Goodell helped immensely.

“How do we use new materials, how do we use new technology to create a better helmet?” Goodell said at a fan forum in 2017 where he touted Vicis. “We have one that’s hitting the market this year. It was developed by somebody in Seattle.” In an interview last year, Marver said the backing of the N.F.L. had given Vicis credibility with the medical and equipment staffs of N.F.L. teams.

“They should be proud of the work they have done,” Jeff Miller, the league’s executive vice president for health and safety innovation, said of Vicis engineers in a statement issued on Monday. “It has contributed to a significant shift in the helmet manufacturing industry that benefits players at the professional level and beyond.”

Another source of capital has been Rx3 Ventures, a consumer-focused investment fund based in California. Aaron Rodgers, the Green Bay Packers quarterback, is a partner. The private equity fund was an early investor in Vicis, even though Rodgers doesn’t wear its helmets. (He wears a helmet from competitor Schutt.)

The Vicis board includes Richard Ellenbogen, a neurosurgeon in Seattle who was chairman of the league’s Head, Neck and Spine Committee. Other players who have invested include the New York Giants receiver Golden Tate (who also wears the helmet), the former receiver Doug Baldwin, and Hall of Famers Jerry Rice and Roger Staubach.

The N.F.L. and the players union ranked the company’s ZERO1 model at the top of its 2019 helmet rankings based on its ability to “reduce head impact severity.” The outside of the ZERO1 is softer than other helmets and has columns that deform upon impact, helping distribute force more evenly than other helmets do.

However, according to the N.F.L., helmets from Vicis competitors Riddell, Schutt and Xenith are about as good. The league noted in its testing that some two dozen approved helmets also performed well in testing, with “no statistical difference in performance from the three top-ranked helmets.”

The company has said that about 7 percent of N.F.L. players wear the ZERO1, and the company has begun equipping college players. The first Vicis expansion into colleges, with the University of Oregon and University of Washington, led to complaints from players about the fit.

The cost of developing Vicis’s technology has far outpaced the sale of new helmets. The company expects to take in $14.2 million in revenue in 2019, according to financial reports reviewed by The Times, about $3 million less than the cost of producing its helmets. Costs associated with sales, marketing and research and development are expected to push the losses to $25.9 million this year.

The company anticipates even less revenue next year, but because of a dramatic cost-cutting, it forecasts a loss of $9 million.

Before he was pushed out, Marver had to scramble for more money.

“It’s always difficult for a company making football helmets to raise capital given the industry’s risks and competitive dynamics,” Marver said. “Most institutional investors won’t engage at all.”

According to notices filed with the Securities and Exchange Commission, the company in July tried to raise $10 million, but was only able to come up with $2.1 million. The company had to pay a broker $112,000 to find these additional investors.