September 30, 2020
Trending
Home NBA The Most and Least Consistent Stars in the NBA – The Ringer 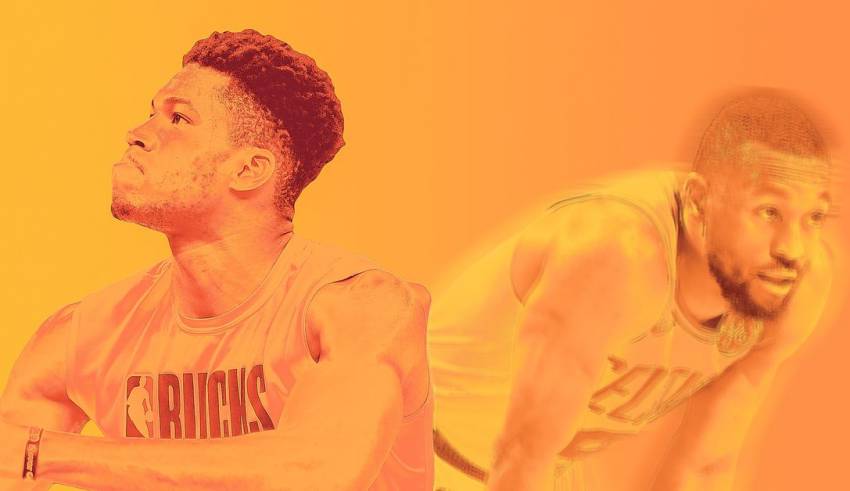 Not much has budged in the MVP race over the last month. Four leading contenders still pace the field: Giannis Antetokounmpo, averaging 30.4 points in 30.9 minutes for the league-best Bucks; James Harden, posting the best scoring season since Wilt Chamberlain; LeBron James, guiding the Lakers to the best record in the West; and Luka Doncic, averaging nearly a triple-double when healthy.

In November, Giannis and Luka were named player of the month for the Eastern and Western Conference, respectively. In December, Giannis and Harden earned those honors. Each member of the quartet has missed a game or four due to injury recently, but they’ve played well enough when healthy to maintain the status quo.

This is due to the foursome’s penchant for outrageous statistical performances, from 60-point outings to 30-point triple-doubles—and because of the group’s high game-to-game floors. Last month, we analyzed the group through the lens of their Best and Worst Games to demonstrate that the leading MVP contenders produce at that level even on off nights. Today, we’ll learn just how special that ability makes them by determining the NBA’s most and least consistent players.

Just like last time, we’ll split a player’s games this season into the best half and worst half of their performances, as sorted by game score (a John Hollinger–developed stat that summarizes a player’s entire performance in a game in one number). This time, though, we’ll analyze every NBA player. By comparing a player’s average Best Game score to his average Worst Game score, we’ll find a measure of night-to-night consistency beyond mere per-game averages.

(Two quick methodological caveats before we continue: First, we’re only counting games in which a player appeared for at least 10 minutes, so extreme injury-shortened games don’t skew results. Second, we’re counting only folks who have played at least 20 games, so the likes of Alen Smailagic don’t distort leaderboards.)

The Most Consistent Players in the NBA

Unsurprisingly, Giannis has been the most consistent NBA player this season. In the best half of his games, he’s posted an average game score of 30.2; in his worst half, his average is 20.1, meaning he’s retained two-thirds of his production on off nights.

That’s an extraordinary ratio; only one other player is even at 60 percent this season—and that player, also unsurprisingly, is LeBron. In fact, the four leading MVP contenders each rank among the top five players in consistency this season. Here’s the top 10 by this measure. (A more granular measure of consistency—comparing the standard deviation of each player’s individual game scores to the average—yields almost the exact same results as this calculation. We’ll stick with the Best vs. Worst method for ease of comprehension.)

One measure of superstardom, it appears, is whether a player can ably fill that premier role every night, or at least find ways to contribute no matter the context. If a player’s shot is erratic, he can reach the free-throw line; if he’s not scoring at all, he can stuff the stat sheet with rebounds, assists, and defensive goodies.

Only two names register as real surprises in this top 10, and their inclusion speaks to those players’ gargantuan steps forward this season. Domantas Sabonis has surpassed Myles Turner as the best Pacers big, and he’s thriving with greater opportunity, even with a commensurate drop in efficiency. Only 12 other players have ever posted averages of 17 points, 13 rebounds, and four assists in a season, as Sabonis is in 2019-20—and every single one is a current or upcoming (in Kevin Garnett’s case) Hall of Famer.

Brandon Ingram, meanwhile, is posting career highs across the board as he plays for a max contract next summer. Like with Sabonis, a fellow member of the 2016 draft class, he had displayed flashes of this potential before, but not with nearly this level of consistency. Prospective suitors will be much more interested in making Ingram a long-term centerpiece if they know they’ll receive such contributions every night rather than once in a while, or just often enough to dream of more.

The Least Consistent Players in the NBA

On the other end of the spectrum are the league’s least consistent players this season. Here, though, we’ll insert another cutoff point because it’s less revealing to note the inconsistency of, say, rookies Jarrett Culver (who retains just 9 percent of his production in his Worst Games) and Coby White (4 percent). The two first-year players are starting from a lower baseline, so it would make sense that their performances are far more scattered and dependent on opportunity, while stars generally receive the same number of shot, rebound, and assist chances every game. (Regarding Culver and White, though, it is noteworthy that young, shoot-first, do-little-else perimeter players fare particularly poorly by this metric, presumably because their outcomes are so closely tied to whether their shot is falling. The likes of Anfernee Simons, Cam Reddish, and De’Andre Hunter are also below 10 percent.)

Instead, we’ll narrow our focus to a more elite class of player. If we restrict the list to only players with an average game score of 20 in their Best Games—denoting a star-level ceiling—these players are at the bottom of the list, retaining less than 40 percent of their production in their Worst Games.

The difference is stark. Kemba Walker and Kawhi Leonard have nearly identical numbers in their Best Games, for instance—but Leonard is 50 percent more productive on off nights. The Celtics point guard has undoubtedly boosted his new team this season, and he’s still playing at an All-Star level overall. Yet he’s also had two games in which he didn’t make a single field goal, plus 4-for-18, 4-for-17, and two 6-for-19 showings from the field.

The players on this list are generally best suited as no. 2 options for a contender—Murray behind Nikola Jokic in Denver, George behind Leonard in Los Angeles, Gilgeous-Alexander and VanVleet behind veteran backcourt mates in Oklahoma City and Toronto, respectively. LaVine is almost certainly overextended as the leading man in Chicago, given his inconsistency; Russell would be a secondary player if his entire team hadn’t visited the Springfield Mystery Spot.

One player whose name notably does not appear on this inconsistent list is Joel Embiid. Despite a burgeoning narrative around the 76er big’s on-off switch, the data does not reflect any such discrepancy.

The league’s top players retain an average of 48 percent of their game score on their worst nights versus their best. Embiid is at 49.6 percent this season—better than average, and hardly any reason for concern.

All-Star Consistency Over the Past Three Seasons

In fact, over the last three seasons, Embiid ranks among the league’s most reliable leading men. In that span, 35 different players have made an All-Star team (not counting 2019 special exceptions Dwyane Wade and Dirk Nowitzki), and Embiid ranks ninth among that group in his percentage of retained production.

Over that expanded time frame (using a weighted average of each season to account for any changes in player skill or role over that span), LeBron ranks as the league’s most consistent star, with Giannis and Kevin Durant a close second and third, and Leonard and Harden rounding out the top five. Embiid, in other words, is not as consistent as the very best players in the league—but he’s ahead of basically every second-tier star, and every healthy big man other than Anthony Davis. Embiid’s been more consistent than Karl-Anthony Towns, Nikola Jokic, Andre Drummond, and more.

Whether consistency is, itself, a consistent year-to-year measure requires further study. But at least in this limited sample, All-Stars appear to exhibit some measure of known consistency—LeBron, Giannis, and Harden at the top; Walker and Russell near the bottom; an average of 48 percent production retained in the Worst Games versus the Best Games.

Consistency isn’t the most important trait a player can possess, of course. Teams would prefer a player with superlative highs and relatively low lows over a player with more reliability but worse overall numbers. But when looking at stars alone, consistency proves a key dividing line. So remember which elite players play that way every night—and appreciate those, like the four leading MVP contenders, who can do so year round.