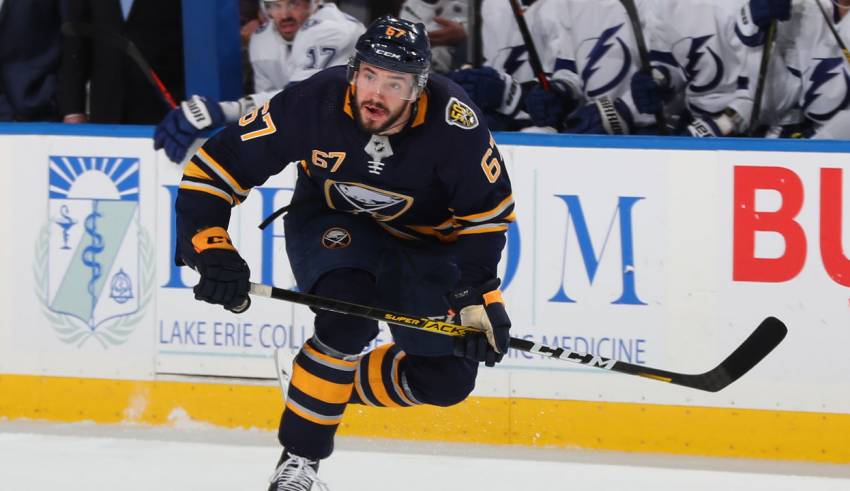 Every draft produces selections and storylines that, given time, become generational talking points or fade from view. Our writers are throwing it back a decade to tell some tales about the classes of 2010. The series begins with the NHL.

It’s invitingly easy to contrast Dalton Smith’s NHL career, all 86 seconds of it, with that of his dad, Derrick, a reliable depth center for elite Flyers teams in the 1980s. Or those of his uncles, Keith and Wayne Primeau, who combined to play 1,683 regular-season games. Or that of 20-year-old Cayden Primeau – Keith’s son, Smith’s cousin, Carey Price’s emergency backup, and the youngest goalie to appear in the league this season.

If the Smiths and Primeaus aren’t hockey royalty, they’re surely part of its noblesse. Hailing from a family so accomplished is a blessing and a challenge, Smith said over the phone recently from Oshawa, Ontario, his hometown east of Toronto. The members of the hard-nosed old guard press him to finish his checks and stay in top shape. They suggest little ways he could refine and raise his game, knowledgeable guidance he’s fortunate to have and for which he’s grateful.

The attendant obligation that’s shaped Smith’s time in the sport: trying at once to add to their legacy and to fashion his own distinct story.

“Growing up and seeing them and always idolizing them and wanting to be like them, it’s obviously a lot harder to do than to dream of,” said Smith, 27, a 6-foot-2, 210-pound left winger in the Buffalo Sabres organization. “That’s always been a tough part: trying to get there.”

On New Year’s Eve 2019, Smith got there, finally and then fleetingly. Nearly a decade after he was selected 34th overall in the 2010 draft, he delivered on the promise that that draft slot conveys for one minute and 26 seconds, the ice time Buffalo entrusted him with in a revenge game of sorts against Tampa Bay. In his NHL debut, he also earned a two-minute roughing penalty.

Fittingly for a veteran minor-league grinder, these numbers make Smith the rare player (one of 10 in the past 20 years) whose career penalty minutes total exceeds his NHL time on ice. Buffalo returned Smith to the AHL’s Rochester Americans early in January, so as it stands, he owns the NHL’s seventh-shortest career since 1997, when ice time became an official stat – one second less than former Sabres winger Sean McMorrow’s 1:27, and less than everyone else who took a shift in 2019-20.

That this designation doesn’t rankle Smith speaks to the significance of the twists and trials – a trade, several AHL contracts, an ECHL demotion, his necessarily continued effort to keep pace in a faster and increasingly skillful game – he faced en route to his stint in the show. Smith played exactly 400 games for six teams in the minors before the Sabres, who were coming off three straight losses, were hobbled by injury at forward, and were seeking to augment the muscle in their lineup, signed him to a two-way deal and recalled him from Rochester on Dec. 30.

Even for a high second-round pick, it’s difficult to reach the NHL under any set of circumstances and for any duration. Sometimes, it’s nice to notice and celebrate even the briefest cameo, as those around Smith did around the time of his call-up.

The day before the game against the Lightning, Rochester forward Rasmus Asplund told the AHL team’s website that Smith’s value as a leader and energizer belies the minimal media attention he tends to receive. “I’m really happy for him, so I hope he gets a couple minutes to enjoy it as well,” Asplund said, more prophetically than he perhaps intended. Speaking to the Olean Times Herald a few days after Smith’s debut, Wayne Primeau called his nephew “the ultimate team guy” and praised him for never quitting on his dream.

“He’d been looking for this moment for the longest time. Nothing better than getting to call him in my office and let him know he’s been recalled,” Rochester head coach Chris Taylor told theScore recently. “I could just tell on his face: It was the best thing that’s ever been told to him in a long time.”

Back in 2010, Smith was coming off a 21-goal, 129-PIM season with the Ontario Hockey League’s Ottawa 67s when the Blue Jackets drafted him at No. 34, an endorsement of his work ethic, combativeness, and offensive punch that ran counter to NHL Central Scouting’s assessment of his standing within the class (the bureau rated him 73rd among eligible North American skaters). Smith’s scoring chops never translated to the pros, and at the 2014 trade deadline Columbus dealt him to Tampa Bay, along with Jonathan Marchessault, for Dana Tyrell and Matt Taormina.

After his entry-level contract expired the following year, Smith bounced between a few farm clubs – Boston and Philadelphia’s AHL affiliates; Carolina’s outpost in the ECHL – before latching on with Rochester in 2017. Mentioning his limited production there across the past three seasons (four goals and 15 points in 135 games) prompts Taylor to counter, “I wouldn’t go off his stats too much.” His coaches and teammates appreciate that he asserts his presence on the ice, believing that his physicality and dogged forechecking create space and scoring chances for his linemates. He fights, too, 78 times in all as a pro.

Smith’s breakthrough call-up came a month after Lightning defenseman Erik Cernak elbowed Buffalo’s Rasmus Dahlin in the face and was suspended two games. At Tampa Bay’s morning skate on Dec. 31, fellow blue-liner Luke Schenn pulled Cernak aside for a quick tutorial on how to fight, contingency training in case the likes of Smith sought retribution.

In Buffalo that night, it wasn’t Cernak but Schenn himself who jawed with Smith after a whistle eight seconds into the second period, sparking a gloves-off tussle that the linesmen hurriedly broke up. They were assessed offsetting roughing minors, one of two contributions to the stat sheet that Smith managed in his four shifts. Seconds after Smith and Schenn’s penalties expired, Sabres winger Marcus Johansson ripped a wrister past Lightning goalie Andrei Vasilevskiy, and Smith skated in from the neutral zone to join the celebration.

“I wasn’t sure how much ice I was going to get, but I just knew that I had to try to do something,” Smith said. “Tried stirring some things up.”

Two days later, the Sabres sent a fourth-round pick to the Flames for Michael Frolik, and they reassigned Smith to the AHL on Jan. 6, at which point Taylor remembers him returning to Rochester with a certain glow. Even that short stay enabled him to skate in two more pregame warmups, amass some practice time, and elevate his confidence noticeably. Everything about his demeanor suggested he’d reoriented his mindset, Taylor said: “He got that one taste, he wants that taste again.”

If Smith is to clamber back to the NHL, the job at hand is to sign a new deal when he enters free agency this offseason. He said there’s no team with which he’d rather be affiliated than Buffalo; he appreciates the chances the Sabres have given him, and in line with the feedback they provided, his summer plans center on working to improve his skill and his foot speed, things he’s consistently had to do since his graduation from junior. Remaining employed in an evolving game means keeping up with the rate of change, and with the flow of play.

Before Taylor moved into coaching, he was a point-per-game caliber center in the minors for much of the 1990s and 2000s, including for nine seasons with the Americans. One of Taylor’s first Rochester teammates was Eric Boulton, a heavyweight winger – and former ninth-round draft pick – who scored four points and added 276 PIM in 1999-00, his final AHL season. Boulton stuck in the NHL at age 24 and went on to play 654 games. Smith is three years older, and enforcing is a disappearing role, but his coach sees symmetry there, having watched Smith strive for a while now to shore up his shortcomings.

“You hope Dalton can follow that same path,” Taylor said. “Age doesn’t matter to me. It’s what you’re doing to try to get better, and he is getting better.”

In that pursuit, he has a peer in Cayden Primeau, the rookie Canadiens prospect who had a .908 save percentage with the AHL Laval Rocket this season, and who turned away 67 of 72 shots during two relief appearances for Montreal back in December. Smith, who debuted in the NHL 26 days after Primeau, lauded his cousin for what he’s already accomplished and said he relished contributing, those few weeks later, to such a cool shared family experience.

Rochester was second in the AHL’s North Division, seven points ahead of Laval and six behind the Belleville Senators, when the schedule halted on March 12 because of the coronavirus pandemic. The subsequent cancellation of the season, combined with Buffalo’s exclusion from the NHL’s 24-team playoff format, made for a disappointing yet understandable end to Smith’s 2019-20. Prioritizing health and safety was the right call, he said. Incidentally, 86 seconds – plus two minutes in the box – was all his year required to be special.

“It’s a phone call I’ve been wanting to make to my dad for a very long time,” Smith said, reflecting on his call-up. “It just leaves me even more hungry to hopefully do it again.”

Nick Faris is a features writer at theScore.