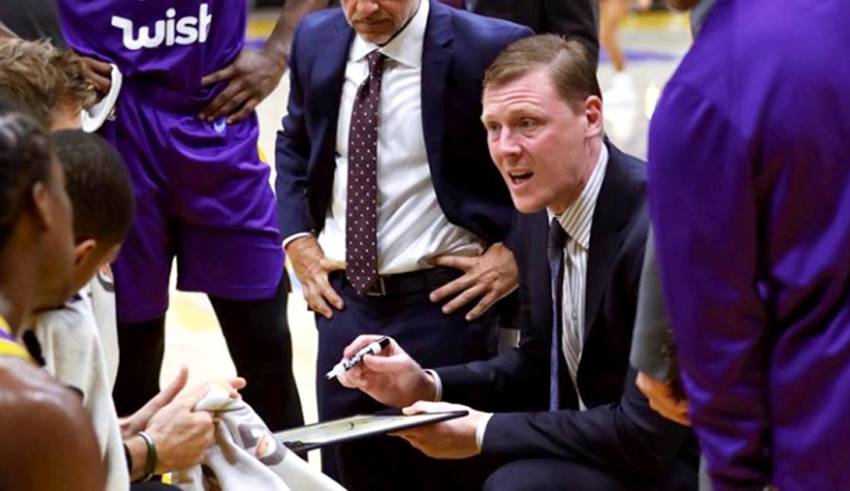 The NBA’s top executives still come to the G League’s showcase event on a hunt, searching through the slow-footed big men, the undersized guards and the shooters to find the rare player who could someday make a difference on their teams.

The best teams in the NBA have players who were unearthed in the NBA’s developmental league. The Lakers rely on three G League alums — Danny Green, Quinn Cook and Alex Caruso.

That already difficult search has gotten tougher. The G League’s best players are either valued draft picks or intriguing projects on two-way deals with NBA teams, allowed to spend up to 45 days with the club. It’s a result of the NBA’s growth — with all but two teams operating their own G League organization — and increased integration between basketball’s big leagues and its minors.

NBA teams have discovered that finding players who can help is only a fraction of what the G League can do. As franchises are learning, they can use the G League to develop everyone.

The Clippers’ in-arena host, Hannah Cormier, worked in the G League. The Lakers’ trainer, Nina Hsieh? G League too. From referees to general managers to head coaches, from public relations staffers to sales executives and marketing managers, teams are using the G League to enrich every department.

“This has always been a place for development and growth, ” G League president Shareef Abdur-Rahim said. “And as the league has grown and different parts of our business have grown … and as our NBA teams and G League teams have integrated, the real learning and opportunities to develop are across the organization. … You can get called up in a variety of different ways. That story doesn’t get told often, but that’s a big part of who we are as a league.”

One person in Las Vegas who eventually could get called up is South Bay Lakers coach Coby Karl.

But knowing how to coach and how to be a head coach are two different things. Karl has become keenly aware of that during his three seasons running the bench for the Lakers’ G League team. He’s had to learn how to delegate, how to manage practice schedules and how to disseminate information from scouting reports.

“There’s no real right way to do it,” Karl said. “It’s just preference.”

He’s been able to discover his preferences without the burden of pressures and personalities of the NBA. Take his belief in meditation, for instance.

Karl, the son of former NBA coach George Karl, picked up on the practice from one of his mentors — Hall of Famer Phil Jackson. Someone with Karl’s pedigree — a professional player in the NBA and leagues all over the world, the son of a legendary coach — certainly would attract top-level attention. But working in the NBA wouldn’t allow him to fully embrace all the things he wants to do.

“It’s obviously easier here,” he said. “This is the first year I’ve led meditations with our group. I tried it last year with a recording. It’s something I learned as a player from Phil. It’s part of my life. That’s something I do in my daily life. To me, it’s been a very valuable tool in my life, that if I had practiced earlier, I would’ve begun to understand myself much better. That’s my goal, to try and help these guys build self-awareness.

“I don’t think I would have the courage to do it walking into a room with LeBron or AD or whatever first job I’d get. It’s something I always thought was valuable, but it’s obviously taken me four years to get to try it on this level.”

More than anything, the NBA has turned the G League into a laboratory for ideas. Sunday, they’ll play the finals of an in-season tournament with a $100,000 prize for the winning team — something that almost undoubtedly will be part of the NBA schedule in the next few years.

The atmosphere of the league has allowed Karl to experiment more, implementing something he saw in last year’s NBA playoffs when Toronto coach Nick Nurse, a former developmental league championship coach, used some defensive strategies that traditionalists would dismiss as “gimmicky.”

It’s something Karl discussed recently via text with Sacramento coach Luke Walton, who also got his coaching start in the G League.

“We get to try things without the media pressure, without the billion-dollar organization on your back,” Karl said.

Organizations also use the G League as a place to promote people. The Clippers’ G League coach, Brian Adams, was on the team’s bench as a video coordinator before being “sent up” to coach the G League team in Ontario.

It’s not easy. The travel is worse, the salaries are lower, the arenas are emptier and the attention is sparse. But the smartest teams know that the developmental league isn’t just about finding the next Spencer Dinwiddie or Khris Middleton. Players can be longshots.

Developing people who will make an impact in your organization? That’s a much safer bet.

“At times, I look at other positions and other opportunities and say, ‘Why not me?’” Karl said. “But I think I’ve reached the point where I understand that this is an investment. And I truly love that I have it.”