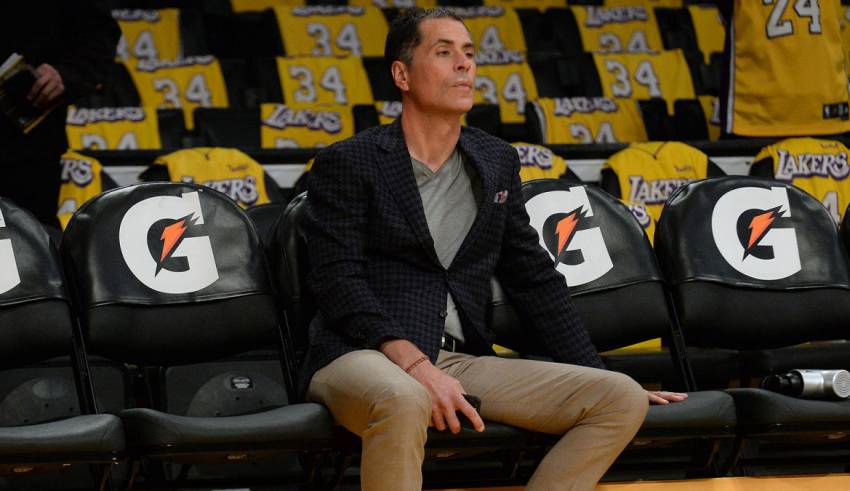 The NBA offseason is beginning to slow after a busy week in which the league held the draft, started free agency and saw a flurry of trades. As we inch closer to the start of the 2020–21 season, The Crossover staff picks winners and losers of the offseason so far.

It’s hard not to walk away impressed with what the Lakers did. Being able to add talent with their limited extra wiggle room as a repeat contender is always an interesting science. But getting Montrezl Harrell on the mid-level, Marc Gasol for basically nothing and Dennis Schroder to upgrade at guard without really parting with much is a massive improvement. I can’t imagine they will miss Dwight Howard too badly.

On the flipside, I am concerned about Milwaukee, which I don’t feel upgraded enough around the fringes and I am not convinced have enough depth to make a difference in terms of getting over the hump. Granted, the Bucks are still going to win a lot of games in the regular season. But the botched Bogdanović situation could be a major what if moment when we look back at it. I am not sold that Jrue Holiday is all they needed.

The Lakers are the obvious choice as Jeremy mentioned, but that is boring. Let’s give some credit to the Atlanta Hawks. The Hawks entered the NBA offseason with the most cap space and decided to use it to build around their centerpiece in Trae Young. The additions of Bogdan Bogdanović, Danilo Gallinari, Rajon Rondo, Kris Dunn and No. 6 pick Onyeka Okongwu makes Atlanta one of the most exciting teams to watch. This is not to say they will be a contender in any form, but they will be must-watch TV. It is going to be a thrill watching this team compete for a playoff spot in the Eastern Conference.

The Hornets’ giving Gordon Hayward $120 million for the next four years is brutal, but you can make the case that free agents don’t head to Charlotte anyway. So getting Hayward to mentor a bunch of the young guys on the team is not the worst thing. On the other hand, I have no clue what the Pistons are doing. They did a great job selecting French point guard Killian Hayes, Washington center Isaiah Stewart and Villanova wing Saddiq Bey in the draft. They also have a good wing prospect in Sekou Doumbouya. But I am confused about the additions of Mason Plumlee, Jahlil Okafor, Josh Jackson and Jerami Grant when they just drafted a big and also have Blake Griffin. They should have at least kept Christian Wood, who was just starting to show his potential.

Atlanta executed an impressive offseason plan in acquiring Rajon Rondo, Danilo Gallinari and Bogdan Bogdanović. After finishing at No. 14 in the Eastern Conference last season with a 20–47 record, the Hawks have a chance to move into a playoff spot with its newly formed starting lineup. It will be fun to watch Trae Young as he learns from Rondo and is surrounded by more talent.

Despite cap space room, the Knicks remained quiet throughout free agency and now find themselves with a roster that could be considered a step down from last year’s. With less than a month remaining before the start of the season, the Knicks are without true point guard depth after selecting power forward Obi Toppin in the draft. There is still time for New York to make moves, but the team missed out on a few opportunities during the height of free agency that could have provided leadership and talent for its young core.

Winner: Daryl Morey and the 76ers

Recently hired 76ers president of basketball operations Daryl Morey has had a stellar first month on the job. He successfully traded Al Horford to the Thunder in exchange for Danny Green and Terrance Ferguson and later flipped Josh Richardson and the No. 36 pick for sharpshooter Seth Curry. In the draft, Philadelphia added Kentucky guard Tyrese Maxey and Arkansas guard Isaiah Joe, providing even more shooting to a team that was in dire need of it last season. The 76ers remain in the marketplace for James Harden, if he does eventually get dealt, but are significantly better in the short-term after a series of smart moves by the team’s new president. They needed capable shooters to surround Ben Simmons and Joel Embiid, and they needed to offload Al Horford and his hefty price tag. Morey did both of those things in just a few weeks.

The Pistons were one of the most active teams at the start of free agency, agreeing to deals with four players and completing a trade within eight hours of it officially beginning. The activity isn’t necessarily problematic, but the team’s choices are. It added reserve center Mason Plumlee on a reported three-year, $25 million deal before also signing center Jahlil Okafor on a two-year deal. Jerami Grant comes to Detroit from Denver on a reported three-year, $60 million deal and will provide Detroit with a versatile defender, but is also short on playmaking experience. And if their frontcourt wasn’t crowded enough, they also signed Josh Jackson and drafted Isaiah Stewart. And did we mention they also have Blake Griffin? After Wednesday night’s draft, it looked like the Pistons were rebuilding for the future. Just one week later, however, it appears as if the Pistons’ future plan is much less clear.

Philadelphia has yet to make any blockbuster trades in the Daryl Morey era, but the Sixers roster should be far more functional than the mess we saw in 2019–20. Seth Curry and Danny Green provide valuable spacing on the perimeter, while Dwight Howard should play a contributing role behind Joel Embiid. The Sixers were a trendy Finals pick last year despite their misshapen roster. With a new GM, coach and supporting cast, perhaps we’ll see the best of Embiid and Ben Simmons in 2020–21.

I understand the urge to compete for a playoff spot in the beleaguered East, but Detroit’s roster formation continues to be puzzling. The Pistons shelled out $25 million annually for Jerami Grant and Mason Plumee, spending a hefty sum for a pair of veteran bigs as intriguing youngster Christian Wood bolted to Houston. Unless Killian Hayes is the best player in the 2020 draft, we’ll consider this offseason a major swing and a miss for Dwane Casey’s squad.

I think the Los Angeles Lakers have to be considered the winners of the offseason. When the defending champs get better, deeper and younger, it’s hard to say anyone else. Dennis Schroder and Montrezl Harrell give them the secondary scoring punch they lacked and align with Anthony Davis’s timeline. Meanwhile, keeping Kentavious Caldwell-Pope was a must. Plus, Wesley Matthews is a cost-effective Danny Green replacement and Marc Gasol is the big body in place of Dwight Howard for specific matchups. The Lakers will ultimately still go as LeBron James and AD do but now they’ll be less reliant on LeBron all the time.

It’s gotta be the Rockets. When the general manager and coach flee and the two-star players both apparently want out as well, it’s hard to imagine any team can beat that when it comes to losing an offseason. Especially if they do eventually wind up having to part with James Harden.