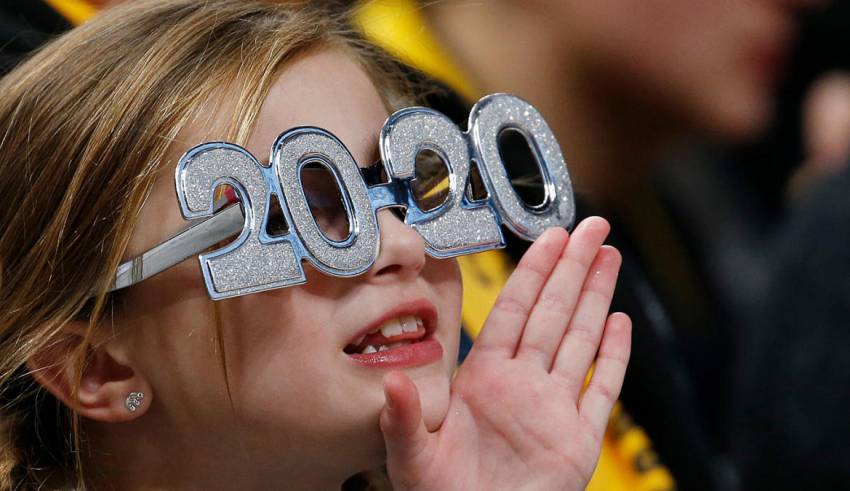 The day after Christmas, a national-television audience heard a bunch of former players offer awful and antiquated advice to a modern big man. The big man, in their estimation, does not do enough big-man things, and should not be standing so far away from the big-man area. It was not the first time that they had put him down — to the former players, the idea of a 7-foot-3 guy who doesn’t bully opponents on the block is preposterous, bordering on repulsive.

The coach of the team with the most efficient offense in NBA history did not need to dignify the criticism with a response, but he did. The coach blessed us with a superb quote and cursed us by amplifying the “debate.”

I wrote about that big man finding success playing like a guard on offense before this column took a holiday break. A month ago, this space featured another big man rendering positional designations irrelevant on defense. On the first day of a new decade, perhaps it is time to ditch tired, lazy ideas grounded in the way the game used to be. To quote T.S. Eliot: “For last year’s words belong to last year’s language, and next year’s words await another voice.”

Although some ex-NBA players seem to think they have to choose between grumpy grousing and insincere pandering, there is another way. Mere months after winning a gold medal with Argentina in the World Cup, the 39-year-old Luis Scola told the New York Times‘ Marc Stein that he was lucky to stay in the NBA until he was 37. Now playing for Olimpia Milano, Scola is clear-eyed about how the league has changed and why he no longer has a place in it:

Surely it had to cross your mind in China — maybe I can still play in the N.B.A.?

No. The game changed. Players like me are not that appealing anymore.

But you can step out and make the N.B.A. 3-pointer if you have to. Right?

I can make the N.B.A. 3. I shot 3s well the last two years in the N.B.A., especially in Toronto. But there are lots of players who can shoot 3s and are a lot more mobile.

But the game changed also. It would be more difficult for me to play, even at my prime, in today’s N.B.A.

I got a little bit lucky. The big change happened right at the end of my career, and I was able to play until I was 37. The low-post game is not there anymore. The long 2s are not there. I would adjust a little bit and be a different player, but I think this would be a little bit more difficult.

The game is faster. The players move faster. They’re more athletic, longer. And I’m not a very good athlete. Those things would be against me in today’s N.B.A.

If there is anyone who has a right to be miffed about these shifts, it is Scola, a 6-foot-9 power forward known for his post-up moves and physicality. Scola was never the most versatile defender, nor was he a rim protector, but he made quick reads on both ends and competed like a maniac. He never took more than 20 3-pointers in a season until he was 35, at which point he started launching two per game. He adapted, and he said that “they will have to kick me out of here. They will have to push me out of the door. I’m going to play until I think I can’t play.”

Scola can still play basketball, but he knows he can’t do what’s demanded of present-day NBA big men. In the age of guardification, a term coined by NBC’s Tom Haberstroh, it is no longer enough to score on the block, make pick-and-pop 2s, defend the post, set solid screens and make good decisions. Yesterday’s power forwards are today’s centers, and in some cases yesterday’s small forwards are today’s smallball 5s — hi, Marvin Williams!

Even Kevin Love, a five-time All-Star who seemed revolutionary as both an elite 3-point shooter and an elite rebounder, is now a tricky fit because of his defensive deficiencies. Scola, who had trouble closing out on Love’s 3s in the 2016 playoffs, sees that bigs are increasingly being asked to play all over the court, on both ends. He is too smart and too honest to argue that he can do that.

In 2014, Al Jefferson made All-NBA on the strength of his ground-bound, half-court game; a couple of years later he was a backup, then a benchwarmer, then a member of the Xinjiang Flying Tigers, then in the BIG3. Dwight Howard appeared to be headed down a similar path until he found new life with the Los Angeles Lakers, ditching his post-ups, dropping some weight and letting go of his need to please grumpy analysts. One only wonders how different his story could be if he had done all this years ago.

It can be uncomfortable to watch something you love change drastically. In 2020, though, let’s be like Scola. You don’t have to love everything about contemporary NBA basketball, but no amount of complaining or scolding is going to change it back.

New York Knicks forward Julius Randle has scored 98 points in his last three games, and he is averaging 22.6 points with a 57.2 true shooting percentage in the 11 games since Mike Miller became interim coach on Dec. 6. That day, Randle apologized to his teammates for the season he was having — the Knicks were 4-18, and he was averaging 16.8 points with a 51.6 percent true shooting percentage, far too often driving into traffic and turning the ball over.

New York is 5-6 since firing David Fizdale, thanks to a soft schedule, and Randle’s resurgence has been the biggest story. Small-sample shooting surges can be misleading, though; this is only meaningful if it is a result of changes made by Randle or the Knicks.

There has been some encouraging stuff, as The Athletic’s Mike Vurkonov pointed out: Miller’s Knicks have at least been trying to fix their floor-spacing problem, and they are running more pick-and-rolls. Randle is driving a bit more, posting up a bit less and taking better care of the ball.

“I’m reading it better, getting to spots better, recognizing how they’re playing and playing at a better pace,” Randle said, via The Athletic. “Coach [Miller] is doing a great job of getting me in spots where I can be efficient. A lot of stuff I was doing earlier was just taking too long to get into and it was easy to double. Now I’m able to be a lot more efficient with what I do on the offensive end.”

Another factor, though, is that Randle has made a ton of difficult, contested two-point shots recently. Under Fizdale this season, Randle shot 39 percent from midrange, per NBA.com, and that number has jumped to 51 percent under Miller. A lot of those shots have been fadeaways, turnarounds, and turnaround fadeaways:

The generous take is that Randle is feeling more comfortable in the offense, and these buckets reflect his renewed confidence. The less charitable take is that these shots are inherently inefficient, and since Randle has never been the exception to that rule — per NBA.com, he shot 31.9 percent from midrange last season, and his career-best mark is 37.4 percent in 2016-17 — he is bound to cool off.

Markkanen isn’t helping the Chicago Bulls on defense, so those early-season numbers were alarming. He was shooting poorly even on wide-open looks, and he seemed frustrated and out of rhythm. Lately, though, he has looked like the versatile offensive weapon. He is dangerous in pick-and-pops:

He can make 3s from without much space, on the move and well beyond the 3-point line:

And I want to see much more of this:

Eventually, if Markkanen improves his ballhandling, passing, and off-the-dribble shooting, he could become more of a playmaker. (This season, 74.1 percent of his made shots have been assisted.) For now, though, he can do real damage by attacking closeouts, especially now that his 3s are falling. I am still not sure what got into him early on, but it’s been nice to see him get his groove back.

Derrick Favors returned to the New Orleans Pelicans on Dec. 13. Since then, they have given up 105.5 points per 100 possessions, the seventh-best mark in the league. This is not a coincidence: Favors has solidified their defense, which had previously relied on rookie center Jaxson Hayes to protect the rim.

Despite New Orleans’ 11-23 record, I don’t think those of us who were excited about the team last summer were crazy. The Pelicans still have playoff upside when Zion Williamson returns, and if they stay relatively healthy after that, maybe they won’t be sellers at the trade deadline, after all.

In the second half of the Phoenix Suns‘ game in Portland on Monday, Mikal Bridges cut behind an oblivious Carmelo Anthony and got an easy dunk from Ricky Rubio:

This kind of thing happens. It is only notable in this case because it happened again in the fourth quarter, with Anthony Tolliver‘s head turned:

Phoenix trailed by as many as 19 and wound up winning 122-116, thanks in part to completely avoidable mistakes on the Blazers’ part. Yikes!

10 more stray thoughts: OK, the real reason I believe in the Pelicans is JJ Redick‘s magical playoff streak … Give me a Bucks-Sixers second-round series … Fred VanVleet had three blocks on Tuesday … At this point, the Wolves will trade Robert Covington, right? … Al Horford said an obvious thing, but I’d love to hear him explain what he thought would be different … I don’t know what to make of Michael Porter Jr. … Caris LeVert can’t come back soon enough … The Kings bum me out … Domantas Sabonis loves dunking on Sixers centers … GARRISON MATHEWS!