November 30, 2021
Trending
Home NFL Some Suggestions for the NFL on Nickelodeon – Slate 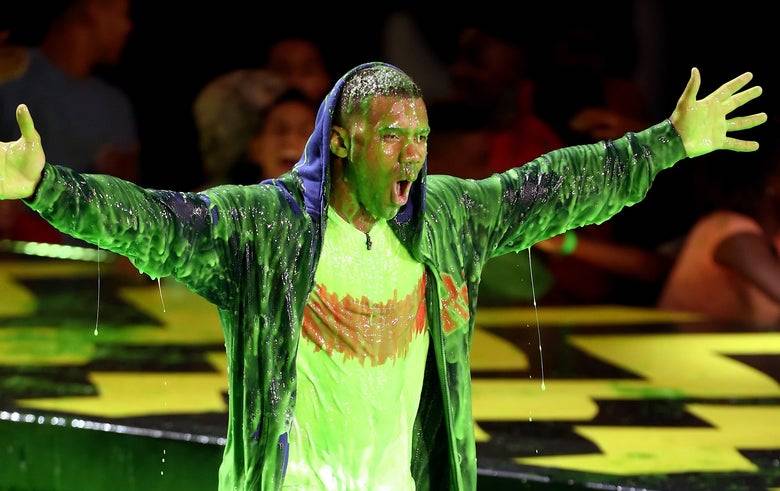 In the midst of a devastating pandemic, few things are less important than previews of what the television schedule will look like 10 months from now. But the NFL has been living in its own protective bubble throughout the coronavirus outbreak, and on Tuesday, the league announced an expanded playoff format for the 2020 season, a result of the new collective bargaining agreement between owners and players. Fourteen teams will now compete in the playoffs (up from 12), and two additional Wild Card games are scheduled for Jan. 10. Naturally, all this depends on whether gatherings of 10 or more people will be legal come January.

NBC is airing one of the additional Wild Card games, and the network will simulcast it on both its streaming service and Telemundo. CBS has the other game, and a separately produced version of it will be broadcast on kids cable network Nickelodeon.

Tucked within the NFL announcement of two additional playoff games is that one of those games will be broadcast on CBS but also on Nickelodeon, with a separately produced telecast geared toward a younger audience.

“The youth demographic is very important,” NFL executive vice president Brian Rolapp told reporters on Tuesday. “There are plenty of young fans, and we want to continue to bring the game to the young fans.”

This plan raises more than a few questions. Does the NFL fear it is headed down the same path as baseball, which has struggled to attract young viewers? Can football, an astoundingly violent and complicated sport, be repackaged for children? Should it?

There are no specifics yet about how, exactly, the NFL and Nickelodeon plan to tailor a playoff game 4 kidz, including whether the word “for” will be replaced with its numerical counterpart and if they will use the letter z in place of s. As someone who grew up with Nickelodeon, I feel like I can provide some helpful suggestions.

—When a player gets taken to the blue tent for concussion protocol, cut to Linda Ellerbee so everyone knows it’s serious.

—Mike Pereira has decades of officiating experience, but when it comes to explaining needlessly complex rules to an immature audience, no one does it better than Moe. Get her in front of the Aggro Crag and have her do her thing.

—Replace the medical cart with The Mystery Machine. Do kids still watch Scooby Doo? They should.

—You know the somber music they play when going to commercial after someone suffers a catastrophic injury? Play the Salute Your Shorts theme song instead.

—T.J. and J.J. Watt vs. the Bosa Brothers in a Family Double Dare–style race down the Sundae Slide. Losers jump into a giant bowl of spaghetti with Bill and Stephen Belichick.

—Lose a coach’s challenge and get slimed. Win, and the coach goes to Space Camp.

—Ms. Frizzle shrinks down her class and travels into a retired lineman’s brain to show the effects of CTE. (The NFL will wait nearly a decade to recognize Frizzle’s study.)

—You can probably tell by my references that I don’t know much about current-day Nickelodeon. (Not to mention the fact that The Magic School Bus and Scooby-Doo weren’t even on Nickelodeon.) I’m happy to update these ideas for a hipper, modern audience. Surely there are a bunch of new Nickelodeon shows about the internet or whatever—maybe get the star of one of those to do play-by-play? It’s either that or have Jim Nantz do TikTok dances for 3 straight hours.

—Let Andy Reid try all the obstacle courses from Legends of the Hidden Temple.

I urge the league and the network to seriously consider that last suggestion in particular. January is a long way away; we need something to look forward to.

Listen to an episode of Slate’s sports podcast, Hang Up and Listen, below, or subscribe to the show on Apple Podcasts, Overcast, Spotify, Stitcher, Google Play, or wherever you get your podcasts.

Readers like you make our work possible. Help us continue to provide the reporting, commentary and criticism you won’t find anywhere else.