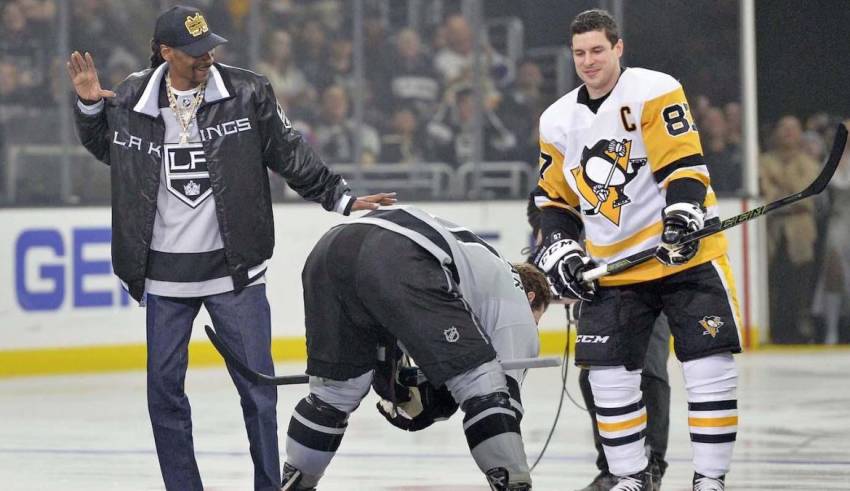 EA had plans to have a little more fun with “NHL 20” this year and in the initial announcement of the video game back in June, they told fans surprise celebrity guests would be making an appearance in the video game, and they have stuck to their word. The latest celebrity appearance came in an update on Thursday, and features rapper and now sports broadcaster Snoop Dogg.

Snoop D-O-double-G always brings a little something extra when he’s invited to broadcast live sporting events and from what the teaser shows, he did not disappoint when it comes to “NHL 20.”

The rapper is seen giving a lot of “Wooo’s” and adding his flare to goal calls and comments.

For those who have not had the pleasure of hearing Snoop in the booth, the hip-hop legend has previously made guests appearances in the NBA during a Los Angeles Lakers vs. San Antonio Spurs game, and in January had a spot in front of the microphone during a game between the Los Angeles Kings and Pittsburgh Penguins.

Safe to say there will be a lot of “C’mon nephew,” “Shoot it! Shoot it!” and “Somebody gotta want that moolah” comments.

He is not just giving commentary in the video game though, he is a player option in the World of Chel mode as well.

In the teaser, Snoop is shown on the ice complete with his classic Snoop mannerisms and dance moves. All he does is win, win, no matter what, so maybe that will apply to his game on the ice as well.