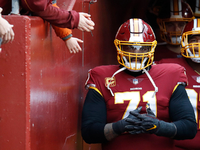 Trent Williams‘ brief time on the Redskins‘ roster this season is over.

Washington announced Thursday it placed the veteran tackle on the reserve/non-football injury list.

Williams’ protracted holdout from the team ended following the trade deadline in late October when he reported to the organization’s facility after he was not dealt to a new team in October. Williams, however, has yet to practice this season as he was unable to pass a physical due to discomfort with his helmet.

Williams then told reporters Oct. 31 that he had a cancerous growth — a rare form of soft-tissue cancer known as Dermatofibrosarcoma Protuberans — removed from his head that had gone undiagnosed for roughly six years.

Williams said he had the growth removed weeks before it would have reached his brain and become life threatening, according to The Washington Post. Williams’ comments prompted the Redskins to request joint investigation into Williams’ medical records and care.

In the meantime, with Williams unable to play due to helmet discomfort associated with the removed growth, Washington deemed its best course of action was to place the tackle on the reserve/NFI list.

There’s also a financial element to this situation. NFL Network Insider Ian Rapoport reported Thursday the placing of Williams on the reserve/NFI list means his season is over without him appearing in a game in 2019, and the team does not have to pay the roughly $6 million left of his salary for the year.

Without Williams, the Redskins will continue forward with veteran Donald Penn at left tackle. Whether this is the last of Williams with the team remains to be seen.

ANAHEIM — Pavel Francouz made 26 saves for his first NHL shutout, and the Colorado A…

ANAHEIM — Pavel Francouz made 26 saves for his first NHL shutout, and the … 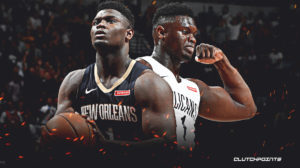