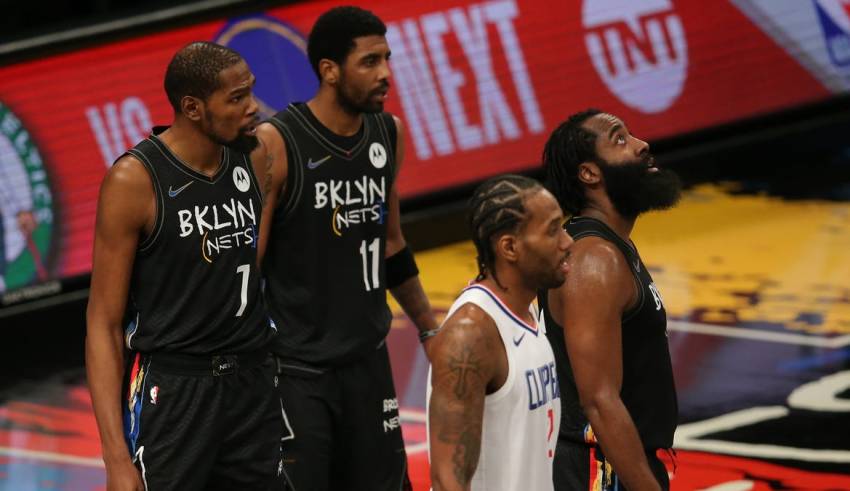 The NBA is seven weeks into the 2020-21 season and so much of the news has been dominated by topics off the court: COVID-19 health and safety protocols, the James Harden trade, the Russell Westbrook trade, the merits of holding an All-Star Game during a pandemic, Kyrie Irving’s absence and the one-year mark of Kobe Bryant’s death.

But that doesn’t mean there aren’t interesting things happening on the court, such as the emergence of Joel Embiid and Nikola Jokic as serious MVP candidates, Phoenix’s play with Chris Paul, Utah’s rise in the West, Jaylen Brown’s rapid improvement, Fred VanVleet’s 54-point game and Kevin Durant’s return to All-NBA caliber player after rupturing his Achilles in the 2019 NBA Finals.

Here’s something good and something bad about every NBA team. All stats and records through Sunday’s games:

Good: Atlanta improved defensively at No. 2 in 3-point field goal percentage allowed and No. 11 in defensive rating.

Bad: The Hawks are 24th in field goal percentage and 23rd in 3-point percentage.

Bad: The Celtics are 25th in defensive rebounding and in need of frontcourt help.

Bad: The Nets are 27th in defensive rating. If they can’t stop anyone, meaningful playoff success will be hard to attain.

Good: Gordon Hayward has returned to All-Star level (23.1 points per game, 41.8% on 3s), and rookie LaMelo Ball is a playmaker with so much room for growth. Hornets are No. 1 in assists per game.

Bad: Charlotte is 26th in defensive rebounds per game.

Bad: The Cavs have worst offensive rating at 103.8 points per 100 possessions.

Bad: The Mavs are the worst 3-point shooting team (33.8%), and Doncic, Kristaps Porzingis and Josh Richardson are just above 30% on 3s.

Good: Free-agent signing Jerami Grant has thrived in a more prominent role (24 points per game, 10 points higher than his career-high).

Bad: The Pistons are the worst shooting team in the league at 42.8%.

Bad: Draymond Green is shooting 34% (to be fair, the Warriors, as a team, are producing with Green on the court).

Bad: Houston is 23rd in offensive efficiency, not helped by the fifth-worst turnover rate.

Good: Kawhi Leonard and Paul George are both near the revered 50/40/90 line while averaging more than 24 points.

Bad: Hard to find many flaws, but they’re not a top-10 defense right now.

Bad: The Lakers are 24th in points allowed in the paint without JaVale McGee and Dwight Howard.

Good: The Grizzlies lead the league in steals per game and are third in points off turnovers per game, relying on their defense to create scoring opportunities.

Bad: The Grizzlies are 26th in 3-pointers made, 25th in 3s attempted per game and 22nd in 3-point field goal percentage.

Bad: The defending Eastern Conference champions have been ravaged by injuries and COVID-19 health and safety protocols, and the offense has suffered.

Good: The Bucks have the best offense and net rating, and Khris Middleton and the addition of Jrue Holiday have eased pressure on Giannis Antetokounmpo.

Good: D’Angelo Russell and Malik Beasley are each at 20 points per game and better than 37% on 3s.

Bad: In 291 minutes on the court together, D’Angelo Russell and Anthony Edwards have been outscored by 16.4 points per 100 possessions.

Bad: The Pelicans’ bench scores a league-low 28.9 points per game.

ROCKETS’ NET OPTIONS: Opinion: Rockets had no choice but to trade James Harden. Victor Oladipo, draft picks give them options

Good: New Knicks coach Tom Thibodeau has the Knicks up to No. 6 in defensive rating.

Bad: The Thunder are 28th in offensive rating, 29th in 3-point shooting percentage and 25th in assists per game.

Bad: Devin Booker, Chris Paul and Deandre Ayton have been outscored by 5.1 points per 100 possessions in 388 minutes together.

Good: Under new coach Doc Rivers, Joel Embiid is playing the best basketball of his career. Helps when Seth Curry and Tobias Harris are 44% or better on 3s.

Bad: Have to nitpick a bit, but the Sixers are 28th in turnovers per game. No one player is egregious. It’s a group effort. That’s turned into 16.6 fastbreak points allowed per game, worst in the league.

Bad: The Blazers are 28th in defensive rating, allowing 115.4 points per 100 possessions.

Good: De’Aaron Fox continues to improve – scoring a career-best 23 points per game and shooting an improved 36.1% on 3s.

Bad: The Kings are the worst defensive team in the league, allowing 116.8 points per 100 possessions.

Good: Fresh off a recording-setting 54-point performance, Fred VanVleet leads the Raptors in scoring at 20.2 points per game while shooting 37.3% on 3s.

Good: The Jazz are the only top-five team in both offensive and defensive rating.

Bad: Another nitpick, but the Jazz are 29th in isolation points per possession.

Bad: Washington has had six games postponed due to health and safety protocols.