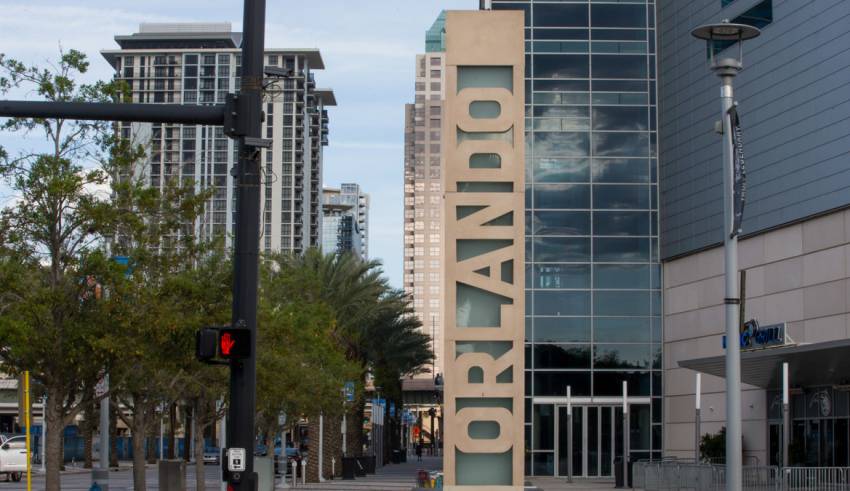 The NBA is gearing up to resume the season in Orlando next month as the coronavirus continues to rage through Florida.

According to CBS News, the state set another single day coronavirus record with more than 4,000 new cases. The number of statewide infections surged to 93,000. Florida was among one of the first states to reopen and is now seeing an explosion of cases. So what does this mean for the NBA?

The league released its health and safety protocols for the resumption of the 2019-20 season last week that detailed required COVID-19 testing, magicbands, social distancing guidelines and more. Adam Silver and Co. are doing everything they can to limit the risk of widespread infection on the Disney campus.

The Orlando Pride have pulled out of the NWSL’s Challenge Cup tournament after six players and four staff members tested positive for the coronavirus, the club announced on Monday.

Boxing has already had enough coronavirus scares in its Top Rank bubble, which consists of just about 150 people each week. The NBA is about to send thousands to Central Florida.

The Toronto Raptors have already made the voyage to Fort Myers, Florida to train until they relocate to Orlando in mid-July. Other teams will arrive in Florida from July 7 to July 9.

Should the NBA relocate to a different state to resume the season? The Crossover staff explores the options.

Should they? Probably. Florida is a mess, the state’s COVID-19 numbers (predictably) spiking after it collectively shrugged at the precautions medical experts told officials to take. Floridians flooded the beaches, while Governor Ron DeSantis invited sports leagues to hang a shingle in the Sunshine State, all while doctors warned about moving too fast. The NBA’s bubble has holes in it, with Disney employees preparing to slip in and out without being subject to the same testing as team and league personnel. Argue that the health risk for elite athletes infected with coronavirus all you want, but positive tests will wreak havoc on the NBA postseason, and positive tests are inevitable.

Still: The NBA is committed here. And these playoffs are seen as too big to fail. The NBA has huge financial obligations to its television partners and they need to play games to meet them. So as bad as it is in Florida, it’s going to have to get significantly worse for the league to reconsider going down there.

A couple weeks ago, San Francisco, where I live, announced that the city would allow several types of businesses to start re-opening in mid-July. Among the businesses were barber shops, which made this welcome news, because I, frankly, look ridiculous right now. I made an appointment. I was psyched, and not just because I have some sort of balding/feathered/mullet combo going on. Things were inching back towards normal.

Only now they’re not. Numbers are spiking everywhere, including California and, of course, Florida. Since the coronavirus epidemic started, I, like a lot of people, have been vacillating between outright dread and cautious optimism, and this was just the latest pivot.

What does this have to do with the NBA? Plenty. The only thing we know for sure about COVID-19 is that we don’t know anything for sure. (Remember when everyone took solace in the notion that the virus would be weakened when the weather warmed up? Well, Orlando is pretty toasty these days, and that doesn’t seem to be doing much good.) The NBA’s plan looked great on paper a week ago. Now, like my relaxing half-hour in a barber’s chair, it’s fraught with nine kinds of angst. Of course it would be great to see if a bubble plan could actually work, and it’s tempting to say, Just go ahead and try. But deep down we all know that’s not right. Asking players to take part in the bubble is like asking them to try an untested vaccine.

There’s a great line in Deadwood, uttered by Al Swearingen: “Announcing your plans is a good way to hear god laugh.” That’s never been true more than it is now, when we’re in the grips of a disease that makes one thing certain: The immediate future has never been more uncertain. And that’s not a safe, or justifiable, backdrop for relaunching the NBA.

It may be too soon to decide whether the NBA should abandon its Florida plan, because if it does, it will likely scrap the rest of the 2019-20 season altogether.

The NBA has put a lot of effort—including a 113-page health and safety protocols plan—into its bubble plan in Orlando. The goal of those protocols is to keep the players safe, but there are moments when completing the season seems to be increasingly difficult. The location, in particular, is providing unreliable circumstances—further highlighted by Orlando’s women’s soccer team, the Pride, being forced to withdraw from the NWSL Challenge Cup due to six positive COVID-19 tests among players and four among staff members.

Commissioner Adam Silver has expressed a resolve to continue with the league’s restart in Florida, but the final decision may come down to the results of the league’s upcoming COVID-19 tests and how many players choose to opt out of the season’s plans. If a significant amount of noteworthy players choose to stay home, then will a bubble within an area where positive tests are increasing remain worth it?

If Florida’s trajectory remains the same, then the NBA may be forced to further strengthen its “bubble” measures to keep players away from outside influences. If that is the case, then how much players are willing to sacrifice to crown a champion will likely be the deciding factor as the target start date of July 30 creeps closer.

If the NBA was solely motivated by player safety, it would pull out of Florida sooner than later. And frankly, the league would scuttle resuming the 2019-20 season altogether. But neither the NBA nor the players have safety as the only priority. There is a massive financial incentive in place for both parties, and the league could face a true crisis if the 2019-20 season isn’t completed. There’s too much to lose for both the NBA and the players.

This isn’t really a criticism of the NBA. I assume a sizable majority of players would risk a small batch of positive COVID-19 tests in order to preserve their pool of money for 2020. It’s not as though the league isn’t taking precautions against the coronavirus. It has a whole 113-page manual to prove it.

Perhaps the NBA and the players are being a bit callous by even considering a resumption of the season, but to most, there’s too much at stake. Barring another viable location emerging, the NBA is right to move forward with its current plan.

There should be no push back against NBA players not wanting to compete in the league’s restart. Whether it be for concerns of contracting COVID-19, not wanting to leave family for months on end, long-term financial reasons, mental health reasons, social justice-related reasons, or others, if players don’t want to participate in the resumption they shouldn’t be perceived any differently.

On a recent podcasts, Pelicans guard J.J. Reddick put it plainly, saying, “This is not what we signed up for. These circumstances are not normal to play NBA basketball.” That being said, it’s hard to fault the league for also wanting to continue. There are obvious financial incentives and they have also recently released and exhaustive health and safety manual.

Obviously the spike in positive COVID-19 tests are a concern, but if the league is set on resuming, the balance of space and control still makes Disney World an appealing option.

No. The NBA bubble will likely be one of the safest places in the country, if not the world. Of course there is no ideal situation. But do we really think an environment monitored so closely will have more risk than wherever players and personnel would be otherwise? And yes, it is located in Florida, however, the goal is for it to be an isolated site. Travel will not happen commercially according to Michelle Roberts and there will be a baseline needed to be met in order to enter.

With all that said, the safety of all involved should be paramount. Hopefully the cases go down as the season resumption approaches and the NBA should absolutely consider altering the policy about Disney personnel being able to leave and re-enter if that is not the case.

Proper adjustments rather than complete cancelation seems more prudent given all the protocols in place. And everyone’s individual decision regarding whether they want to attend should be respected.