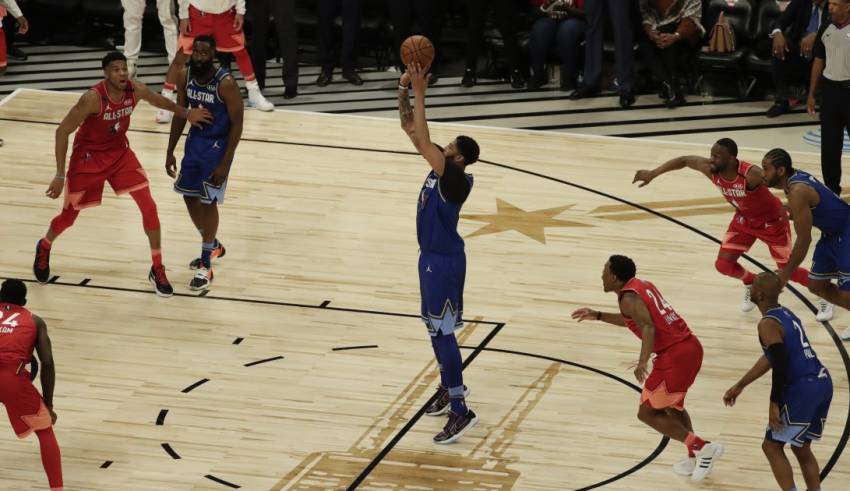 Almost everyone raves when asked about the All-Star game in Chicago. The tributes to Kobe Bryant, the player introductions, the musical acts — it was all great. The format changes that led to one of the most competitive All-Star games in recent history? They were almost universally loved.

But the initial reaction to the switch for a lot of people was confusion. A winner after each quarter? A target score? No clock? Math?

The NBA’s decisions to split the All-Star game into quarters, with the winner of each earning money for charity, and to use the “Elam Ending” to crown a winner were a massive success, and most expect the NBA to continue using the format.

The fourth quarter was the most interesting and the biggest leap in innovation, with the teams racing to a target score — 24 more points than the leading team had accumulated through three quarters.

If it sounds confusing in description, in practice it worked like a charm, with the two All-Star teams scrapping for loose balls and drawing charges as the game came down to a “next basket wins” scenario.

“We should definitely repeat it in the All-Star game. It was a fun kind of ending,” said Lakers coach Frank Vogel, who coached Team LeBron to the win. “I like the idea of experimenting in certain situations, in the G League or whatever, potentially in overtimes, things like that. There’s something to the excitement of it; the fans, players and coaches all rallied around it.”

The Elam Ending — named after Ball State professor Nick Elam — is designed to remove intentional fouling to stop the clock late in games. The targeted-score ending was first adopted by The Basketball Tournament in 2017, and the NBA in January decided to follow suit.

Its success in the All-Star game could bleed into other areas of the NBA’s product.

It’s not hard to imagine it becoming the preferred method of overtime in the G League — a place where the NBA loves to test new rules and ideas. In the immediate aftermath of the All-Star game, some league insiders wondered if Commissioner Adam Silver’s plans for an in-season tournament could be elevated by connecting the championship rounds to the new format.

But not everyone wants to see the Elam Ending in games that count.

“They’re never going to do that in an NBA game, no,” Clippers coach Doc Rivers said. “… I don’t think we need to. I think the games are pretty competitive the way they are. I think what they were trying to do is bring some excitement to a game that had no excitement.”

Rivers said he wouldn’t advocate “tinkering” with the end of meaningful games. That doesn’t mean the NBA won’t at least explore it in some form. Under Silver, the NBA has developed a reputation for being open-minded when it comes to rule alterations.

In recent seasons, the league has added instant replay and coach’s challenges. It has cut the amount of time teams have to bring the ball across midcourt, relaxed rules against zone defenses and changed the time the shot clock resets to after offensive rebounds.

“One of the great things about our league is that we’re very open-minded. We’re always looking to improve the game,” Sacramento Kings coach Luke Walton said. “… I’m a purist at heart. I don’t want to see too many changes. But as far as being open-minded with it, I think the NBA does a great job.”

What’s coming next? Could the NBA add a four-point line for its deepest shooters? Could the schedule be cut from 82 games? Maybe 48 minutes isn’t the right number to play? Should teams compete in an in-season tournament? Should they play for the final playoff spots? For the top draft picks?

The NBA’s not the kind of league that stands still. Changes will be coming.

“I like that our league is open to change. It’s very important,” Rivers said. “I think you can’t get stuck in ‘this is the way we’ve always done it.’ … Having the midseason tournament, do I think it’s a great idea? I actually don’t, but let’s try it and let’s see if it is. And if it is, then we did something good for the league. So we have to be open-minded about it.”

By providing your mobile number, you agree to receive automated SMS text messages about the NBA and to receive special offers from the Los Angeles Times. Standard messaging rates apply. You can always text STOP to quit or HELP for more information. By signing up for this SMS service, you agree to our Privacy Policy and Terms of Service.