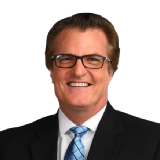 The Senior Bowl kicks off this week, with the top senior prospects in the 2021 NFL draft descending on Mobile, Alabama, for an invite-only showcase event. More than 120 prospects will be in attendance to practice against one another — they’re split into two teams — and meet with NFL coaches, scouts and front-office executives.

With the NFL combine canceled this year because of COVID-19 precautions and teams moving toward pro days, the Senior Bowl is the only chance for prospects from different schools to compete against one another before April’s draft. There are three days of practice in Mobile, including 90-minute sessions for each team on Tuesday and two-hour sessions on Wednesday and Thursday.

Check out coverage of practice on Wednesday and Thursday at 12:30 p.m. ET on ESPNU/ESPN App. The game is slated for Saturday at 1:30 p.m. ET on NFL Network.

ESPN NFL draft analysts Mel Kiper Jr. and Todd McShay answer eight questions about this year’s Senior Bowl, from the best prospects in attendance to sleepers worth watching to intriguing quarterbacks who could rise:

With no NFL combine, what’s different about the Senior Bowl this year?

Subscribe to ESPN+ to get access to all premium articles, Fantasy tools, plus thousands of your favorite sporting events and ESPN+ originals for just $5.99/mo