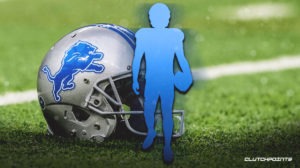 The Green Bay Packers don’t play in a big market in the NFL, but the league is still giving their fans a chance to show their allegiance. According to Kyle Cousineau, Green Bay is going to host the 2022 NFL Draft.

BREAKING: The Green Bay Packers and the Greater Green Bay area will be hosts of the 2022 NFL Draft, per sources.

Of course, this seems to only be a rumor at this point. Jason Wahlers, the Packers’ VP of Communications, responded shortly after the rumor started circulating that Green Bay has yet to be awarded the draft.

As we’ve stated publicly in the past, the Packers/Green Bay maintain an interest in hosting the NFL Draft, but we have not been awarded that opportunity in 2022. #Packers #GoPackGo

As for this season, the 2020 NFL Draft is going to be held in Las Vegas in front of the Bellagio. Of course, the Las Vegas Raiders are moving to their new stadium in 2020 and the league likely wants them to get some publicity before the season begins.

On the other hand, the NFL also realizes that is important to get some notoriety for some of the smaller market teams. As Joe Marino of NFL Draft Network pointed out, the NFL is doing a good job representing the small-market cities in the next few years, with the Packers potentially joining the mix if the rumor is true.

Future Host Cities of the #NFLDraft

I love the NFL showing its small market cities some love. https://t.co/qGk2B5qt5g

Following a city like Las Vegas, the next two NFL drafts will be conducted in Cleveland and Kansas City. Then, the city of Green Bay could be given an opportunity to shine.

Some people may miss the draft being held in New York City every single season. But the NFL has done a remarkable job choosing different cities to hold the NFL Draft.

Without a doubt, Packers fans would love to add another Lombardi trophy to their collection before potentially hosting the 2022 NFL Draft.