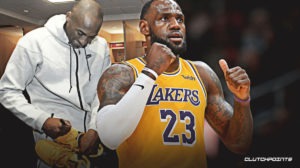 Rui Hachimura is officially on the mend. By way of a twitter post by Chase Hughes of NBC Sports Washington, Washington Wizards coach Scott Brooks expressed optimism of having the rookie back to playing as early as next week.

Rui Hachimura practiced in full today and could return as early as late next week, per Coach Scott Brooks.

The 6’8 Japan national team mainstay has not played a game since suffering a groin injury against the Detroit Pistons back in December. The forward made history in the 2019 NBA draft after being drafted ninth overall by the Wizards. With that feat, Hachimura became the first Japanese player to be taken in the first round of the NBA draft.

Early in his NBA career, Rui is proving to be the player the Wizards hoped to build around (along with All Star duo, Bradley Beal and John Wall). In his first game against the Dallas Mavericks as a starter, the former Gonzaga Bulldog recorded a double-double of 14 points and 10 rebounds.

Young Hachimura has been Japan’s best basketball player and the nation has experienced a resurgence in the international basketball scene. In the 2013 FIBA Asia U16 Championship, Hachimura averaged 22.8 points, 12.6 rebounds and 2.8 blocks to lead Japan to a thid place finish. Last year, the 21-year old led Japan to qualify for the FIBA World Cup. Japan had not qualified the world’s premier basketball tournament for decades prior to its inclusion in 2019.

In his last year as a Bulldog, Hachimura was named the 2019 WCC Player of the Year after leading Gonzaga in points (19.7) and also adding 6.5 rebounds a game. The Wizards are, obviously, thrilled to have him.