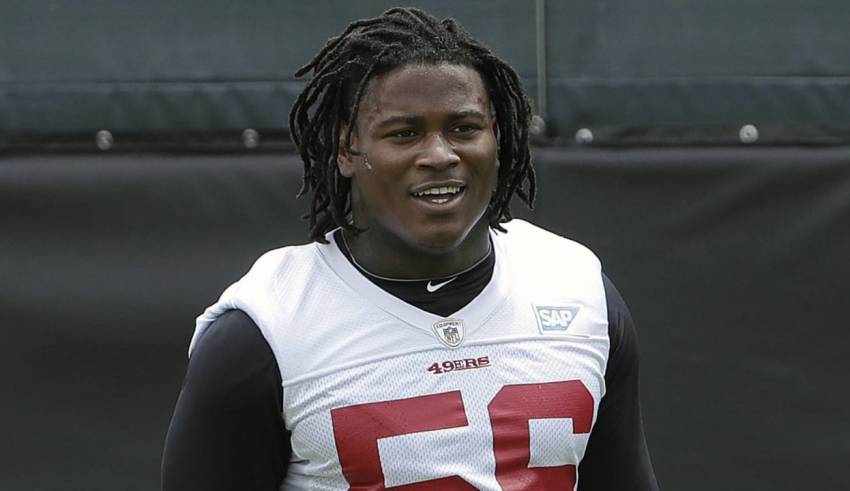 A little more than a year removed from a devastating preseason injury, Reuben Foster is on track to make his debut in Washington.

The Washington Football Team activated the middle linebacker from the physically unable to perform list on Sunday, NFL Netowrk’s Mike Garafolo reports. The team would soon confirm the roster move.

Garafolo added that Foster is on track to play Week 1 after recovering from a torn ACL he sustained in OTAs last May.

Foster, 26, hasn’t played a down in the NFL since Week 6 of the 2018 season after misdemeanor domestic battery charges led to a mid-season release by the San Francisco 49ers. Washington claimed Foster just days later amid an NFL investigation on the incident, which ultimately ended his season while on the Commissioner’s Exempt list despite the charges eventually being dropped. Foster was given a fine by the NFL and received no suspension ahead of the 2019 season.

Here is other news Around The NFL is monitoring on Sunday: