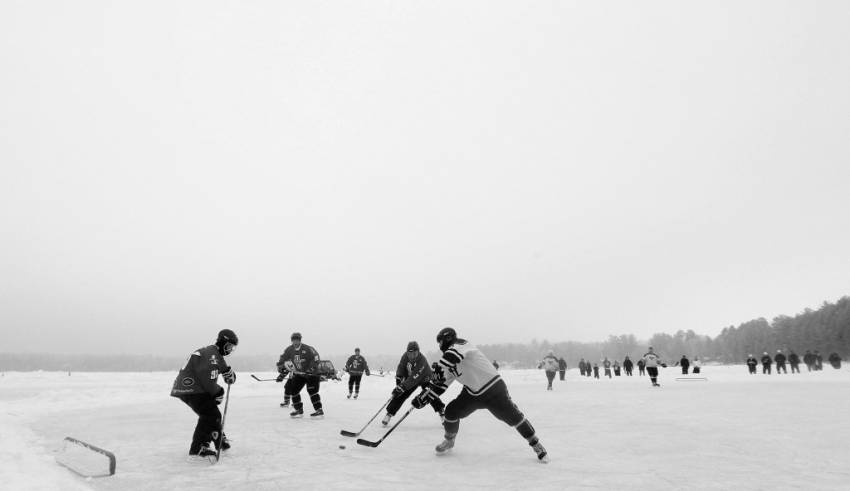 The NHL is reportedly going to try and open next season in a unique way. Lake Louise was an early idea that they’ve moved on from. What unique way/location would you like to see the NHL try to begin with a bang?

Jake Abrahams, Managing Editor, NHL content: Fans were in hockey heaven during the start of the 2020 playoffs, when games would begin at noon and end past midnight. With in-person attendance likely reduced (if not out of the equation entirely) for the start of 2020-21, I’d like to see that model again for next season’s opening day. Wall-to-wall, made-for-TV action to welcome hockey back.

And to make things even more intriguing, let’s have the matchups center around players facing the teams they chose to leave in free agency. Jacob Markstrom, Chris Tanev and the Flames against the Canucks team they led to the Second Round last year. Buffalo, in all its Jack Eichel–Taylor Hall glory, facing Arizona, who gave up a sizeable package for a half-season of Hall’s services last year, and then was unable to re-sign him. If you believe the chatter about a possible multi-hub format where cross-conference play may be more unlikely, then a Buffalo-New Jersey matchup would also work. Hall gets to face the team he won MVP for, while new Devils coach Lindy Ruff goes against his old squad too.

Finally, the big one: Vegas against St. Louis, where former Blues captain Alex Pietrangelo gets his first shot at revenge for the Golden Knights.

James O’Brien, NHL writer: The dream — and I call it a dream because it … doesn’t seem very feasible — would be an outlandish outdoor game at, say, the Lincoln Memorial Reflecting Pool. If that was actually plausible from a real-life NHL hockey standpoint, this would be the time to do it, as you wouldn’t be worried about not having a ton of fans there. That would be half of the point. But again, that just doesn’t seem like something you can even pull off. (Then again, the NHL’s ice wizards pulled off outdoor games in some unlikely locales, so who knows?)

So, to stick with reality: I really just want any and all games to played under the safest possible circumstances. That idea lends itself to outdoor games (COVID-19 doesn’t appear to spread as abundantly in open air), so whatever the coolest outdoor locales one can imagine. I’d say Wembley as another alt idea, but imagine the nightmare of international travel for that?

Adam Gretz, NHL writer: My first reaction is I want an all day marathon of games to start the season. Starting at noon, ending with a 10:30 p.m. faceoff on the west coast. That wall-to-wall, all-day, non-stop hockey was the best thing about the bubble and I think a day like that would be perfect to open the season.

Beyond that, I like the idea of opening with an outdoor game somewhere. Obviously the Winter Classic is postponed and chances are they will not be able to have full capacity arenas or venues anywhere they play. There are still some intriguing options. I have always been fascinated by the National Mall idea that James had, but also any other national landmark or location would be something that I would explore. Central Park, the Vegas strip (it happened in the 90s!), the Rideau Canal or parliament hill in Ottawa, or any other famous outdoor spot you can potentially think of.

[NHL, NHLPA aim to start next season on Jan. 1]

I’m going to make the assumption that the NHL is going with four divisions, including a Canadian one for the 2020-21 season only. I think the NHL should start the season off with four outdoor games, starting at noon Eastern and continuing all day and night in a hockey extravaganza!

Notice that all three games will take place between Original Six teams.

The final game should be in Vegas (it gets quite cold at night in the desert) with the Golden Knights taking on the Colorado Avalanche.

If the season starts in the middle of January, then play all four games on Martin Luther King Day which is on a Monday. If it starts at the beginning of February, play the games on the Saturday before the Super Bowl. All games will avoid playing in an NFL stadium that could be in use due to the playoffs.

It will be a huge task to coordinate the games, especially being outdoors, but you likely could have some fans in the United States and that couldn’t hurt the NHL’s bottom line.

Sean Leahy, NHL writer: Maybe I’ve been playing too much NHL 21 EASHL, but kicking off the season with an outdoor game at a location that isn’t a stadium feels right. Stick with the Lake Louise idea, but find somewhere like has been mentioned already like the National Mall, Rideau Canal, or Central Park to built a rink on for a one-off game. Not having to worry about fans could open up the possibilities.

And like others have offered, a wall-to-wall, NCAA tournament style schedule for the opening weekend would be fantastic. Kick of the outdoor game at 1 p.m. ET on a Friday and have games running the rest of the day and all day Saturday and Sunday. The key thing would be to have the matchups set to draw interest. Penguins vs. Flyers, Islanders vs. Rangers, Blackhawks vs. Blues, Matthew Tkachuk vs. Drew Doughty. You get the idea.