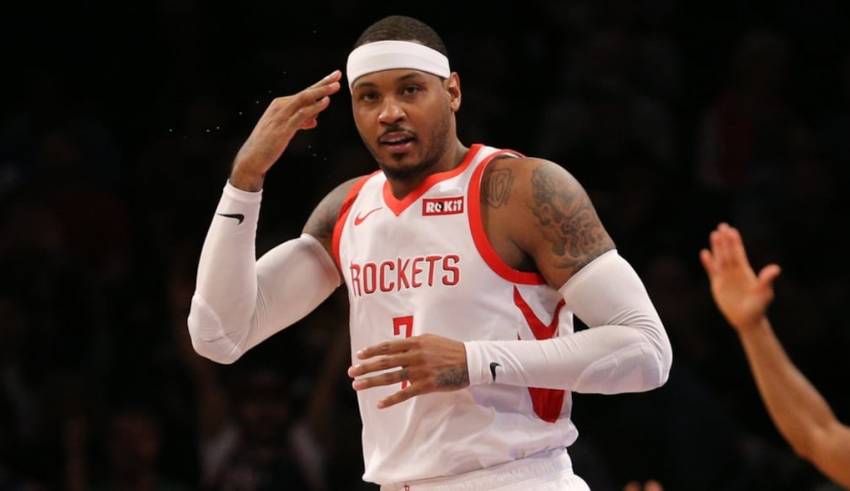 The Portland Trail Blazers are signing Carmelo Anthony to a non-guaranteed deal, according to multiple outlets. Adrian Wojnarowski of ESPN was first to report the deal.

The 35-year-old forward has been searching for a team ever since he was traded away from the Houston Rockets after playing just 10 games last season. He’s a 10-time All-Star, six-time All-NBA member and former scoring champ with career averages of 24.0 points, 6.5 rebounds and 4.8 assists.

Blazers star Damian Lillard was reportedly notified about the deal on Wednesday night, according to Chris Haynes of Yahoo Sports. Lillard is reportedly “supportive” of bringing in Anthony to help the Blazers, who have struggled to start the season with a record of 4-8.

Damian Lillard was notified on the potential of adding Carmelo Anthony last night and he made it clear that he’s always been supportive of bringing in the future Hall-of-Famer, league sources tell Yahoo Sports. Portland searching for a boost to what has been a slow start.

According to Wojnarowski, Anthony will join the Blazers on their upcoming road trip, which includes a stop in Houston to face the Rockets on Monday (8 ET, NBA TV). The non-guaranteed deal will reportedly pay Anthony $14,490 for each day he is on the Blazers’ roster, according to Bobby Marks at ESPN. The deal will become fully guaranteed on Jan. 7 if he’s still on the roster.

Carmelo Anthony will earn $14,490 while on the roster in Portland. The contract becomes fully guaranteed if he is not waived by Jan. 7.

Anthony fills a need for the Blazers, who are short-handed at forward. Zach Collins recently had shoulder surgery that is expected to keep him out for at least four months. Rodney Hood has been bothered by back spasms, but returned for the team’s loss to Toronto.

Center Jusuf Nukic remains out after breaking his leg in a game last month and isn’t expected back until after the start of the new year. Pau Gasol was signed by the Blazers in the offseason but is still rehabbing from foot surgery.

The Blazers were reportedly interested in Anthony in the summer of 2017. Portland guard CJ McCollum tried to woo him with a photoshopped Instagram post that showed the future Hall of Famer in a Blazers jersey.

Anthony is a three-time Olympic gold medalist but struggled at the end of his recent stops in Oklahoma City and Houston following 6 ½ seasons in New York. He continued to work out with NBA players, and his many friends and supporters insisted he was still good enough to play in the league.

Now he will get a chance to prove it.

Anthony was acquired by the Chicago Bulls from Houston on Jan. 21, with the intention of trading him before the deadline or letting him go. He averaged 13.4 points in 10 games with the Rockets last season, but hasn’t played since November 2018.

Anthony was traded by Oklahoma City to Atlanta in July 2018, a move that preceded the Hawks releasing him to sign with the Rockets. The Bulls, technically, were his fourth franchise in seven months.

Eight of Anthony’s 10 appearances for the Rockets came off the bench after he had started all 1,054 games he’d played in his first 15 NBA seasons.