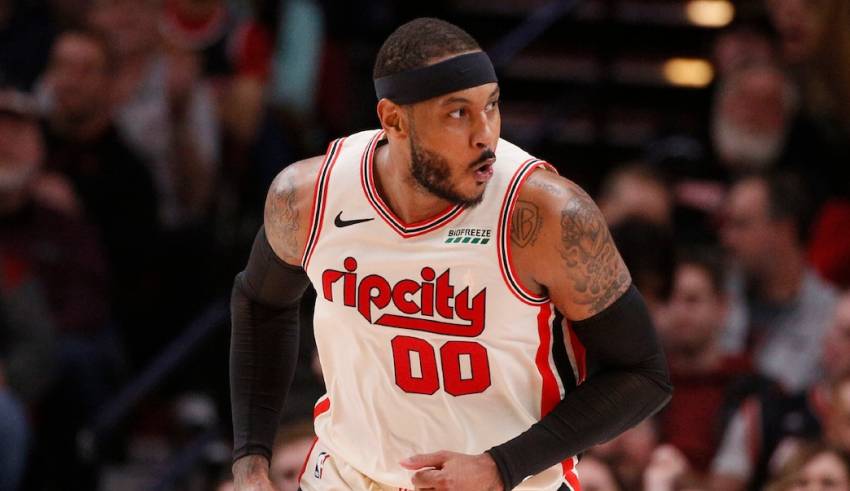 Per ESPN’s Adrian Wojnarowski, he can add a guaranteed contract to the ledger, with Portland “amending” a previously non-guaranteed deal signed on Nov. 19.

The Trail Blazers will amend Carmelo Anthony’s contract so that it becomes fully guaranteed for the remainder of the season, league sources tell ESPN.

After playing just 10 games for the Rockets in 2018, Anthony was eventually traded to the Bulls and the Hawks — without making an appearance for either team — before spending the beginning of the 2019-20 season without a team. He later acknowledged it could have marked the end of his career.

“I came to a point where I was willing to accept it either way,” Anthony said after playing the first game of his 17th season with his sixth NBA team on Nov. 20. “I had to get myself mentally prepared for that and I did, to be honest with you.”

In a video posted to his YouTube channel, Anthony said the deal came together in just a few days, though he had “kept his eye on Portland” and been in regular touch with All-NBA guard Damian Lillard.

Anthony, who notably earned a standing ovation after a 19-point home debut in front of the Portland fans, is averaging 16.9 points and 5.9 rebounds while shooting 44.8% overall and 38.7% from 3-point range in 31.0 minutes. He faces off against fellow 2003 NBA Draft classmate LeBron James on Friday, when the Blazers host the Lakers in Portland (10:30 ET; ESPN).

Just last week, Anthony told The Athletic “this ain’t no damn farewell tour” following an impressive 25-point showing against the Bulls. Now, he’ll have the rest of the season to make his case.