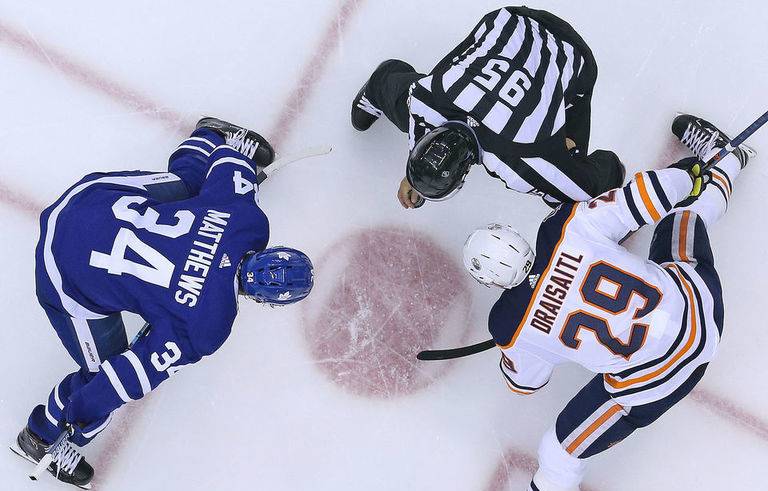 Both hub cities could very well be north of the border if and when the NHL finalizes its return-to-play plans, TSN’s Bob McKenzie reported on Tuesday’s edition of “Insider Trading.”

“There is a real possibility it could be all Canadian hubs, that is Toronto and Edmonton,” McKenzie said. He added: “I don’t know if saying Toronto and Edmonton are the front-runners would jinx them, but right now – and it’s a very fluid situation, minute to minute, hour to hour – that is the case.”

Toronto and Edmonton are two of the six cities the NHL is currently considering as hub locations for its 24-team postseason. Vancouver was the other Canadian market among the original 10 candidates, but the Canucks announced last week the city is no longer in the running.

Las Vegas has long been thought to be a front-runner in the selection process. NHL deputy commissioner Bill Daly said this week, however, that the league will weigh “every relevant consideration” before deciding where to resume its season following a recent spike in COVID-19 cases across the U.S.

It appears there are still many details to sort out before the league reveals its hub cities.

It was reported last week that the NHL and NHLPA are nearing an agreement on a new collective bargaining agreement to address the impact of the coronavirus pandemic.